Thought for the Day – 3 February

We know that Bishop Blaise was martyred in his episcopal city of Sebastea, Armenia, in 316.    The legendary Acts of St. Blaise were written 400 years later.    According to them Blaise was a good bishop, working hard to encourage the spiritual and physical health of his people.    Although the Edict of Toleration (311), granting freedom of worship in the Roman Empire, was already five years old, persecution still raged in Armenia. Blaise was apparently forced to flee to the back country.    There he lived as a hermit in solitude and prayer, but he made friends with the wild animals.    One day a group of hunters seeking wild animals for the amphitheater stumbled upon Blaise’s cave.    They were first surprised and then frightened.    The bishop was kneeling in prayer surrounded by patiently waiting wolves, lions and bears.

400 years went by before St Blaise’s life was chronicled, thus there was ample time for fiction to creep in with fact.    Who can be sure how accurate Blaise’s biographer was?   But biographical details are not essential.    Blaise is seen as one more example of the power those have who give themselves entirely to Jesus.    As Jesus told his apostles at the Last Supper, “If you remain in me and my words remain in you, ask for whatever you want and it will be done for you” (John 15:7).   With faith we can follow the lead of the Church in asking for Blaise’s protection.

St Blaise Pray for us! 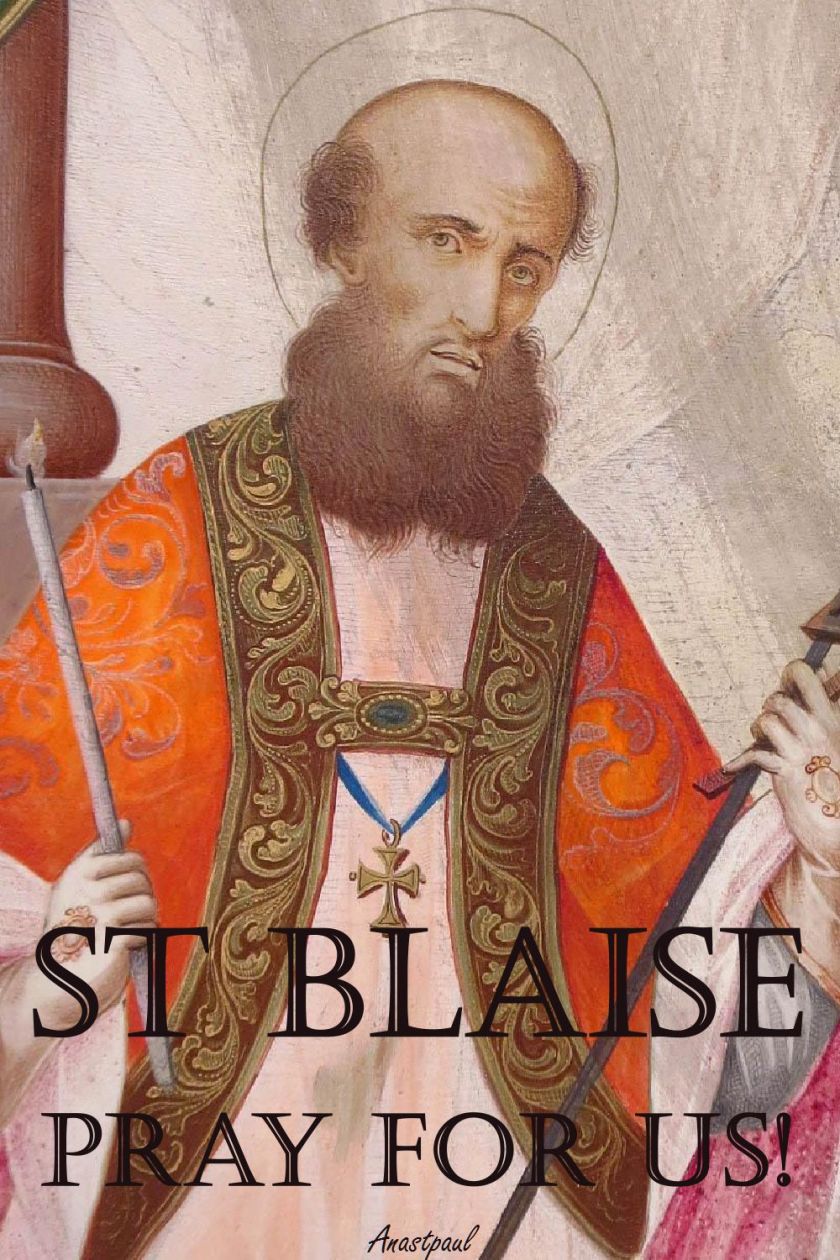