Saint of the Day – 14 April – Blessed Peter Gonzalez O.P. (1190 – 1246) also known as -Pedro González Telmo, Saint Telmo, or Saint Elmo, was a Castilian Dominican friar and priest, born in 1190 in Frómista, Palencia, Kingdom of Castile and Leon.    Religious Priest, Confessor, Preacher – Patron of boatmen, mariners, sailors, watermen, fisherman, Tui, Spain, Tui-Vigo, Spain, diocese of, Attributes – Dominican holding a blue candle or a candle with a blue flame; Dominican lying on his cloak which is spread over hot coals; Dominican holding fire in his bare hands; Dominican catching fish with his bare hands; Dominican beside the ocean, often holding or otherwise protecting a ship.   Image below – 16th-century painting of the Blessed Peter González, by Alejo Fernández, in the Alcázar of Seville 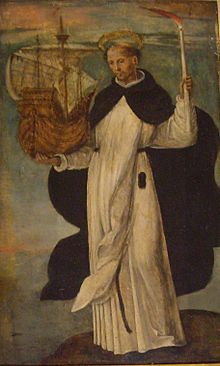 Saint Paul had a conversion experience on the road to Damascus.   Many years later, the same proved true for Peter Gonzalez, who triumphantly rode his horse into the Spanish city of Astorga in the 13thcentury to take up an important post at the cathedral.   The animal stumbled and fell, leaving Peter in the mud and onlookers amused.

Humbled, Peter re-evaluated his motivations–his bishop-uncle had secured the cathedral post for him– and started down a new path.   He became a Dominican priest and proved to be a most effective preacher.   He spent much of his time as court chaplain and attempted to exert positive influence on the behaviour of members of the court.   After King Ferdinand III and his troops defeated the Moors at Cordoba, Peter was successful in restraining the soldiers from pillaging and persuaded the king to treat the defeated Moors with compassion.

After retiring from the court, Peter devoted the remainder of his life to preaching in northwest Spain.   Having developed a special mission to Spanish and Portuguese seamen, he is considered their patron. 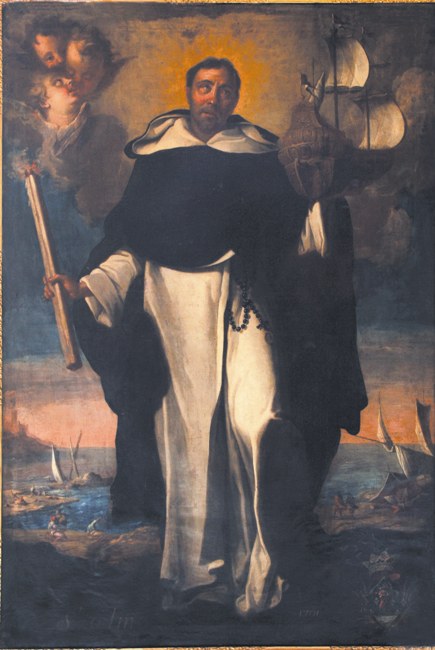 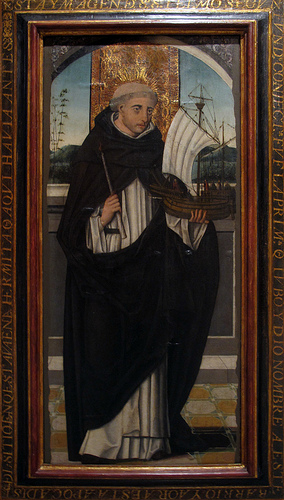 Although his cultus was confirmed in 1741 by Pope Benedict XIV and despite his common epithet of “saint,” Peter was never formally canonized. Peter González was beatified in 1254 by Pope Innocent IV.

The diminutive “Elmo” (or “Telmo”) belongs properly to the martyr-bishop Saint Erasmus (died c. 303), one of the Fourteen Holy Helpers, of whose name “Elmo” is a contraction. However, as Erasmus is the patron saint of sailors generally and Peter González of Spanish and Portuguese sailors specifically, they have both been popularly invoked as “Saint Elmo.” 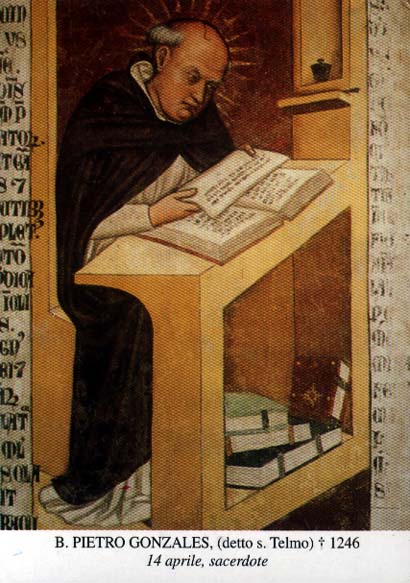 One thought on “Saint of the Day – 14 April – Blessed Peter Gonzalez O.P.”