Thought for the Day – 27 April

Her work was part of her religion and she often remarked that a lazy servant was lacking in a religious spirit.   She was put in charge of the children of the house and in time was appointed housekeeper. But she did not limit her work to household duties.  She visited prisons, the sick and the poor and was the only one in the house who could subdue the violent tempr of the head of the household.   She became a familiar figure in Lucca, making her rounds and extending love to as many as she could.
The life of St Zita shows that fidelity to ordinary duties is a sure way to holiness.    She was simply a servant girl but she made her work a song of praise to God and her whole life an expression of religious devotion.    Her life was full of the ordinary and this is what made her a saint.   That kind of holiness is within the reach of all of us!

St Zita, pray for us! 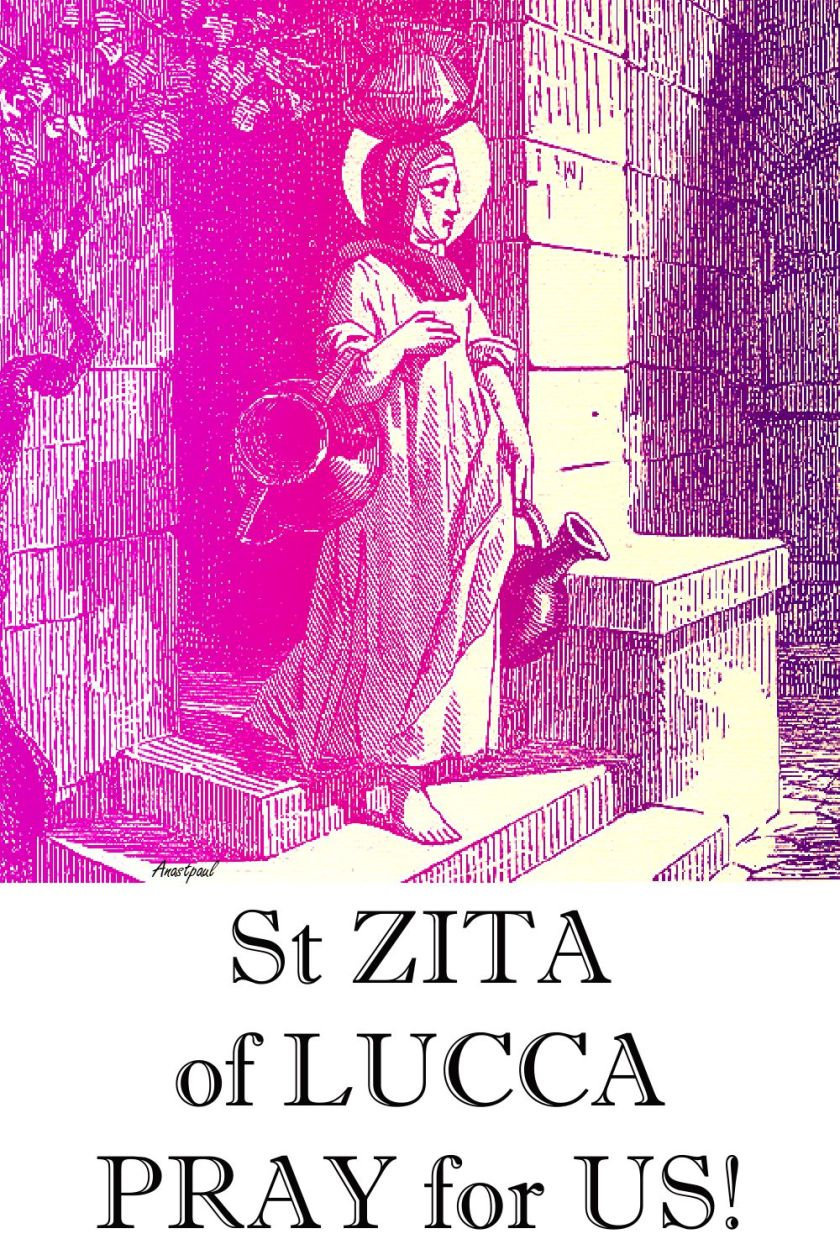 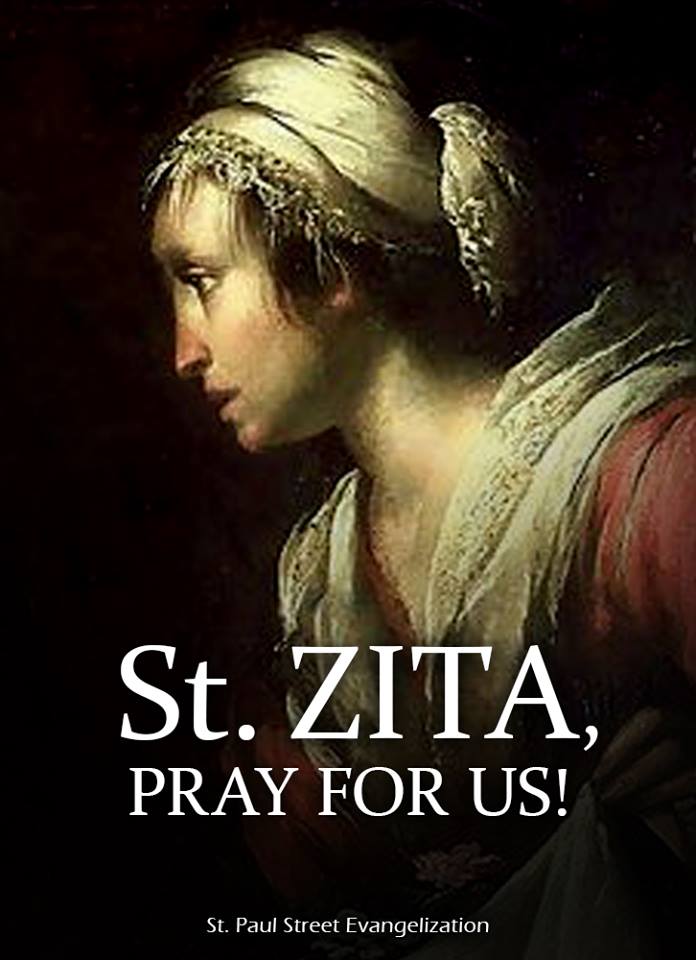