St Matthias is according to the Acts of the Apostles, the apostle chosen by lot to replace Judas Iscariot following Judas’ betrayal of Jesus and his subsequent suicide (as in the Gospel According to Matthew).   His calling as an apostle is unique, in that his appointment was not made personally by Jesus, who had already ascended into heaven and it was also made before the descent of the Holy Spirit upon the early Church.

There is no mention of a Matthias among the lists of disciples or followers of Jesus in the three synoptic gospels but according to Acts, he had been with Jesus from his baptism by John until his Ascension.    In the days following, Peter proposed that the assembled disciples, who numbered about one hundred and twenty, nominate two men to replace Judas.    They chose Joseph called Barsabas (whose surname was Justus) and Matthias. Then they prayed, “Thou, Lord, which knowest the hearts of all [men], shew whether of these two thou hast chosen, That he may take part of this ministry and apostleship, from which Judas by transgression fell, that he might go to his own place.”[Acts 1:24–25]    Then they cast lots and the lot fell to Matthias; so he was numbered with the eleven apostles.   Matthias was present with the other apostles at Pentecost.

No further information about Matthias is to be found in the canonical New Testament. Even his name is variable: the Syriac version of Eusebius calls him throughout not Matthias but “Tolmai”, not to be confused with Bartholomew (which means Son of Tolmai), who was one of the twelve original Apostles.

The tradition of the Greeks says that St. Matthias planted the faith about Cappadocia and on the coasts of the Caspian Sea, residing chiefly near the port Issus.    Clement of Alexandria observed (Stromateis vi.13.):

“Not that they became apostles through being chosen for some distinguished peculiarity of nature, since also Judas was chosen along with them.    But they were capable of becoming apostles on being chosen by Him who foresees even ultimate issues.    Matthias, accordingly, who was not chosen along with them, on showing himself worthy of becoming an apostle, is substituted for Judas.”

The feast of Saint Matthias was included in the Roman Calendar in the 11th century and celebrated on the sixth day to the Calends of March (February 24 usually but February 25 in leap years).   In the revision of the General Roman Calendar in 1969, his feast was transferred to May 14, so as not to celebrate it in Lent but instead in Eastertide close to the Solemnity of the Ascension, the event after which the Acts of the Apostles recounts that Matthias was selected to be ranked with the Twelve Apostles. 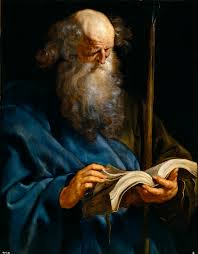 St Matthias stoned to death at Colchis in 80.    It is claimed that St Matthias the Apostle’s remains are interred in the Abbey of St. Matthias, Trier, Germany, brought there through Empress Helena of Constantinople, mother of Emperor Constantine I (the Great) and St Mary Major Rome. 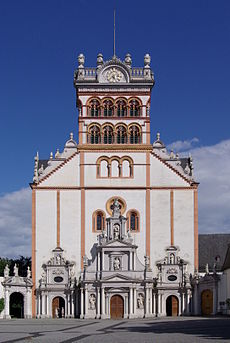 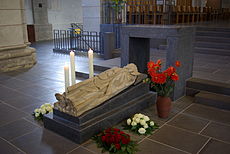 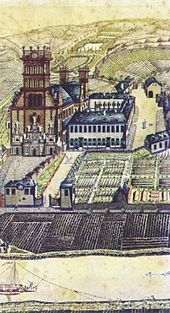 One thought on “Saint and Feast of the Day – 14 May – St Matthias, Apostle of Christ”