Saint of the Day – 5 December – Blessed Philip Rinaldi S.D.B. (1856-1931) Priest and Religious, Founder – (28 May 1856 at Lu, Monferrato, Piedmont, Italy – 5 December 1931 of natural causes in Turin, Italy).   Patronage – Wrocław.   Blessed Philip was an Italian priest and a professed member from the Salesians of Don Bosco;  he served as the third Rector Major for the order from 1922 until his death in 1931.   He founded the Secular Institute of Don Bosco Volunteers.   Rinaldi was close friends since his childhood to Saint John Bosco and Paolo Albera and it was Bosco who guided Rinaldi who was torn in his adolescence between the farming life and the religious life.   The order held him in high esteem from the outset and noted the potential within him as well as seeing the charism of Bosco encompassed in Rinaldi.   Blessed Philip died in mid-1931 in Turin and his remains were interred in Turin but later relocated in a Salesian-established basilica.   His order later received diocesan approval from the Cardinal Archbishop of Turin Michele Pellegrino on 31 January 1971 and received full pontifical approval from Pope Paul VI on 5 August 1978 right before the pontiff’s death.   Rinaldi’s beatification was celebrated under St Pope John Paul II in 1990. 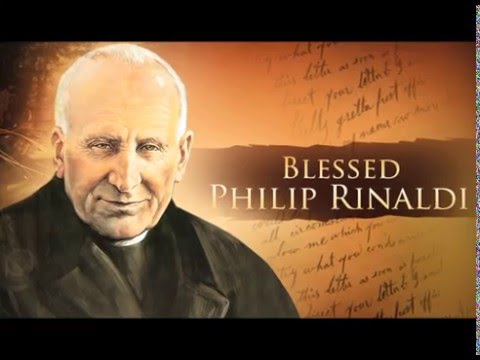 Phillip Rinaldi was born on 28 May 1856 in Piedmont, Italy.   He met Don Bosco when he was just five years old and intuitively recognised that he was a man with a great mission.

At the age of 22, he entered the Salesian Order at the end of a tremendous vocational struggle and even before making his vows he was made assistant novice master and was placed in charge of those with late vocations.   He was ordained a priest in 1882.

He soon became the Salesian provincial superior in Spain, where he opened many new houses and then served as vicar-general of the Salesians before becoming the Rector Major in 1922, Don Bosco’s third successor.

His humble and quiet leadership of the order – he preferred to remain in the background of events, unnoticed in the crowd — combined with his tremendous saintly virtue and apostolic zeal and a miracle attributed to him, prompted his cause for beatification.    The miracle in question was the healing and regeneration of the jaw of Sister Maria Carla who was shot in the face on 20 April 1945 at the end of World War II during a conflict. 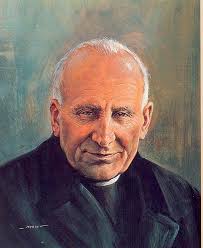 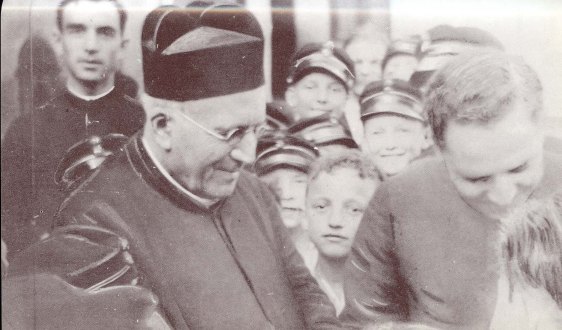 All that is lacking to Father Rinaldi is Don Bosco’s voice:  he has everything else. – Father Francesia