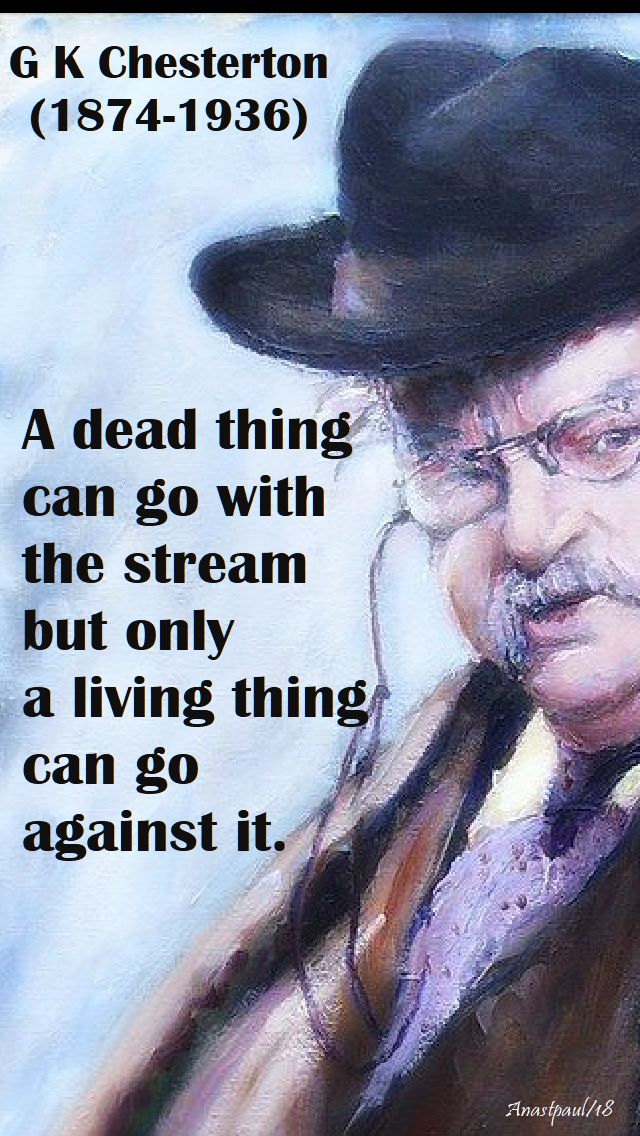 “Men invent new ideals
because, they dare not
attempt old ideals.
They look forward,
with enthusiasm,
because, they are afraid
to look back.”
What’s Wrong With The World, 1910

“Fallacies do not cease to be fallacies
because they become fashions.”
Illustrated London News, 19 April 1930