He abandoned a career as a high-ranking government official to devote his formidable energy towards the promotion of the church and the protection of his ‘flock’ in dangerous times – personally confronting, for instance, the barbarian king, “Goar”.   In Britain he is best remembered for his journey to combat Pelagianism in or around 429 and the records of this visit provide valuable information on the state of post-Roman British society.   He also played an important part in the establishment and promotion of the Cult of Saint Alban.   The saint was said to have revealed the story of his martyrdom to Germanus in a dream or holy vision and Germanus ordered this to be written down for public display.   Germanus is venerated as a saint in both the Roman Catholic and Orthodox churches, which commemorate him today  31 July.

The principal source for the events of his life is the Vita Germani, a hagiography written by Constantius of Lyon around 480 and a brief passage added onto the end of the Passio Albani, which may possibly have been written or commissioned by Germanus. Constantius was a friend of Bishop Lupus of Troyes, who accompanied Germanus to Britain, which provided him with a link to Germanus. 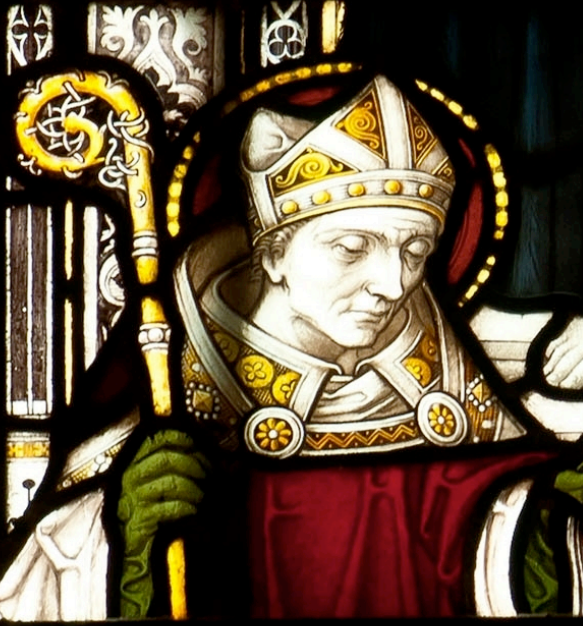 Germanus, according to appearances, was not of outstanding piety during his youth, though of noble birth, his forebears were lords of the county of Auxerre in Gaul in the 5th century.   He studied eloquence and civil law in Rome and practised law there with distinction.   He married a Roman noblewoman and became known to the emperor Honorius, who made him general of the imperial troops for his native province.

Returning then to Auxerre, he indulged his passion for hunting and when advised by Saint Amator (344-418 – Memorial 1 May) the bishop of Auxerre, that his habits were not edifying, paid no attention to the admonition.   But God made known to this holy bishop his forthcoming death and that Germanus was destined to succeed him.   Saint Amator, therefore, went to see the Prefect of Gaul and asked his permission to have this soldier as a member of his clergy and the permission was granted.   He then tonsured Germanus and clothed him with the ecclesiastical habit, taking him by surprise during an assembly of the faithful and informing him there that he was destined to be his successor. Germanus dared not resist, fearing to oppose the Will of God.   He was consecrated soon afterwards, in the year 418.

He immediately became another man and making over his lands to the Church, he adopted a life of humble penance.   He rapidly attained high perfection and the gift of miracles was given him.   He attempted to conceal it but it became known when he obliged the demon, during a public exorcism, to reveal the place where stolen money was concealed.   Afterwards there was never a time when all the roads leading to his residence were not filled with crowds of sick persons, waiting to address the bishop and beg his assistance.   Many possessed persons were also delivered.   Invariably his modesty caused him to attribute the multiplying prodigies to the relics of Saints which he wore around his neck, or to the sign of the Cross, or to the holy water he sometimes used, or to oil which he blessed.   The furious demons tormented him with temptations and terrifying apparitions but found themselves powerless to disturb his peace.

At that time the Pelagian heresy was laying waste the British Isles and Germanus was chosen by the reigning Pontiff to go and deliver the Britons from the snare of Satan.  With Saint Lupus (383-478) he preached in the fields and highways throughout the land. Eventually he met the heretics face to face in a public conference, where each party was given an opportunity to speak.   When the heretics had defended their position, the two holy bishops answered with such force that their adversaries were reduced to silence and the faithful rejoiced in the triumph of the Catholic faith.   Immediately after the debate with the Pelagians, Germanus gave thanks for his victory at the grave of Saint Alban, which was likely in some sort of tomb or basilica.   That night, Saint Alban came to him in a dream, revealing the details of his martyrdom.   When Germanus awoke, he had the account written down in tituli, possibly to be engraved on the walls or illustrated placards at a church site.  Germanus then deposited some of the bones of continental saints in the basilica and took a sample of the earth at the site of Alban’s martyrdom, which still bore the marks of the martyr’s blood.

He also led the British people to their famous alleluia victory over the Saxons. 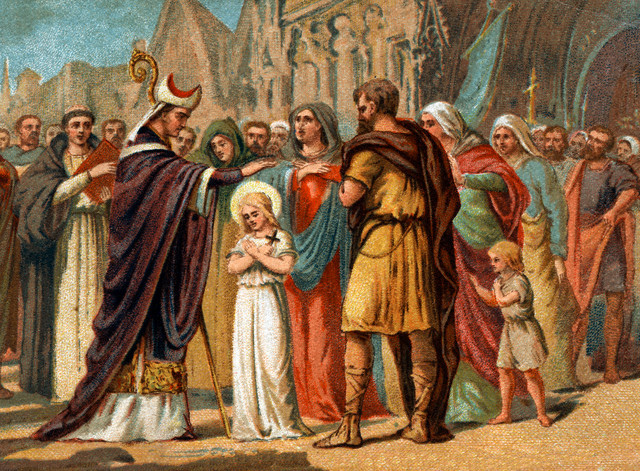 Germanus visited England a second time to combat the Pelagian heresy which was still sowing its errors.   On this visit, he established public schools in Great Britain, which afterwards alleviated the ignorance of the people and preserved them from error.   He ordained priests and established an archbishop and many Saints were formed in the schools which his successors continued to found.   After pursuing his good works on behalf of the peoples of both his adopted and his native land, he died while in Italy, where he had succeeded in appeasing the anger of the emperor against some rebels in Britain.   Miracles had accompanied him all along the route of his journey.   His holy death occurred at Ravenna in the year 450, the 31st of his episcopal office.

Saint Germanus’s tomb continues to be venerated in the church of the Abbey of Saint-Germain d’Auxerre.  There is a tradition of a panegyric on the Sunday nearest to or preceding his festival in July.   His  body was interred in the Oratory of Saint Maurice, Auxerre, France but later re-interred in the church of Saint Germain that was built by Queen Clotilda on the site of the Oratory.  His body was found incorrupt when it re-located in the church several centuries later.   In 1567, the Huguenots desecrated the shrine and threw out the relics.   There are relics in Saint Marion abbey which are reported to be Saint Germain’s but this cannot be proven. 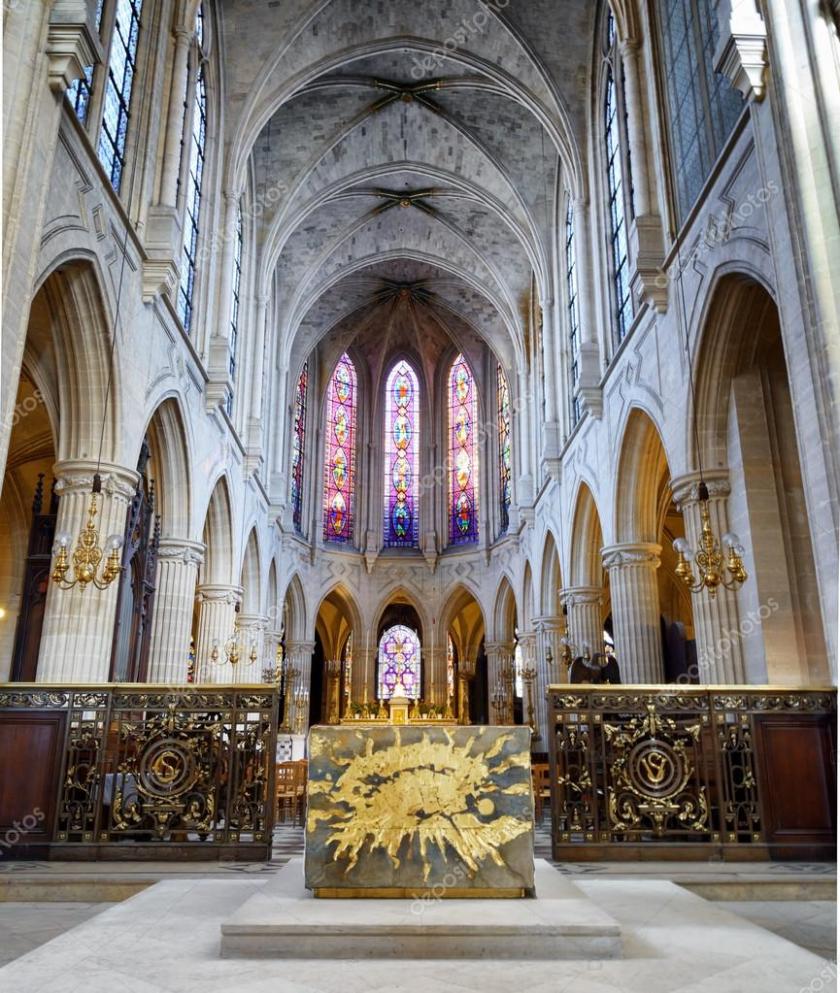 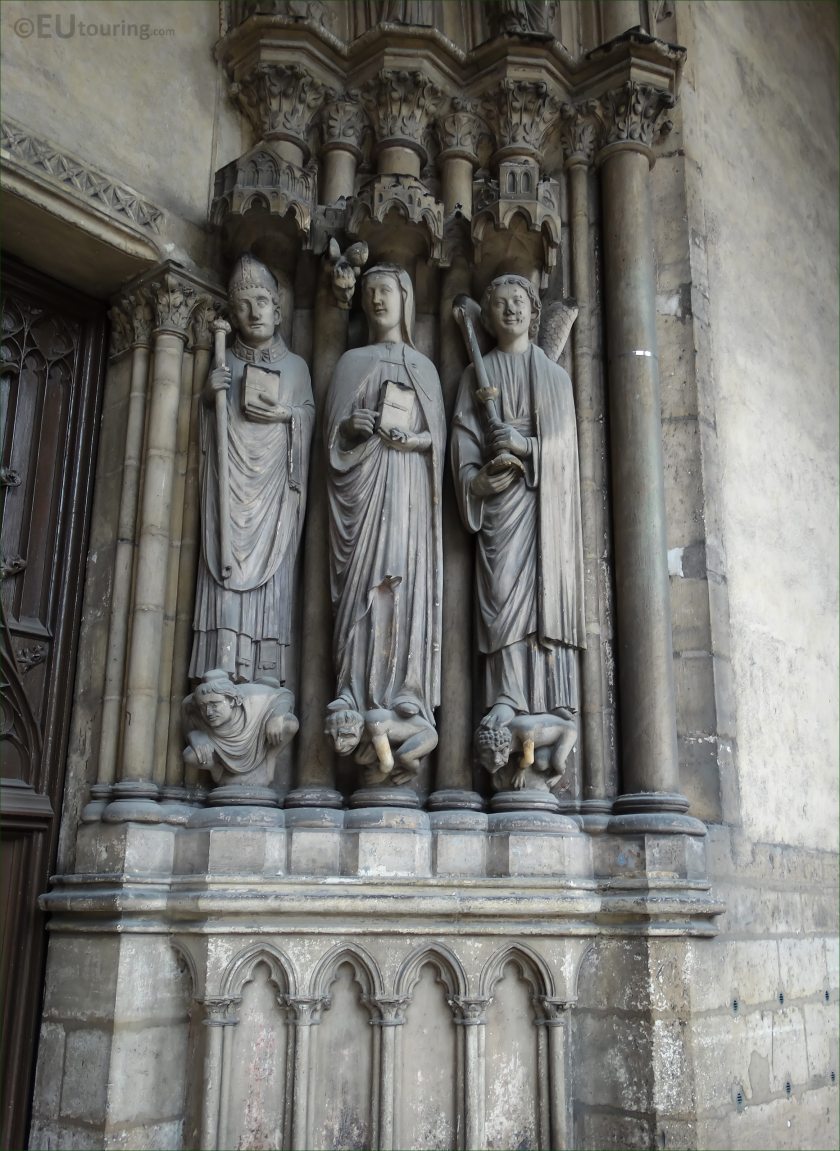 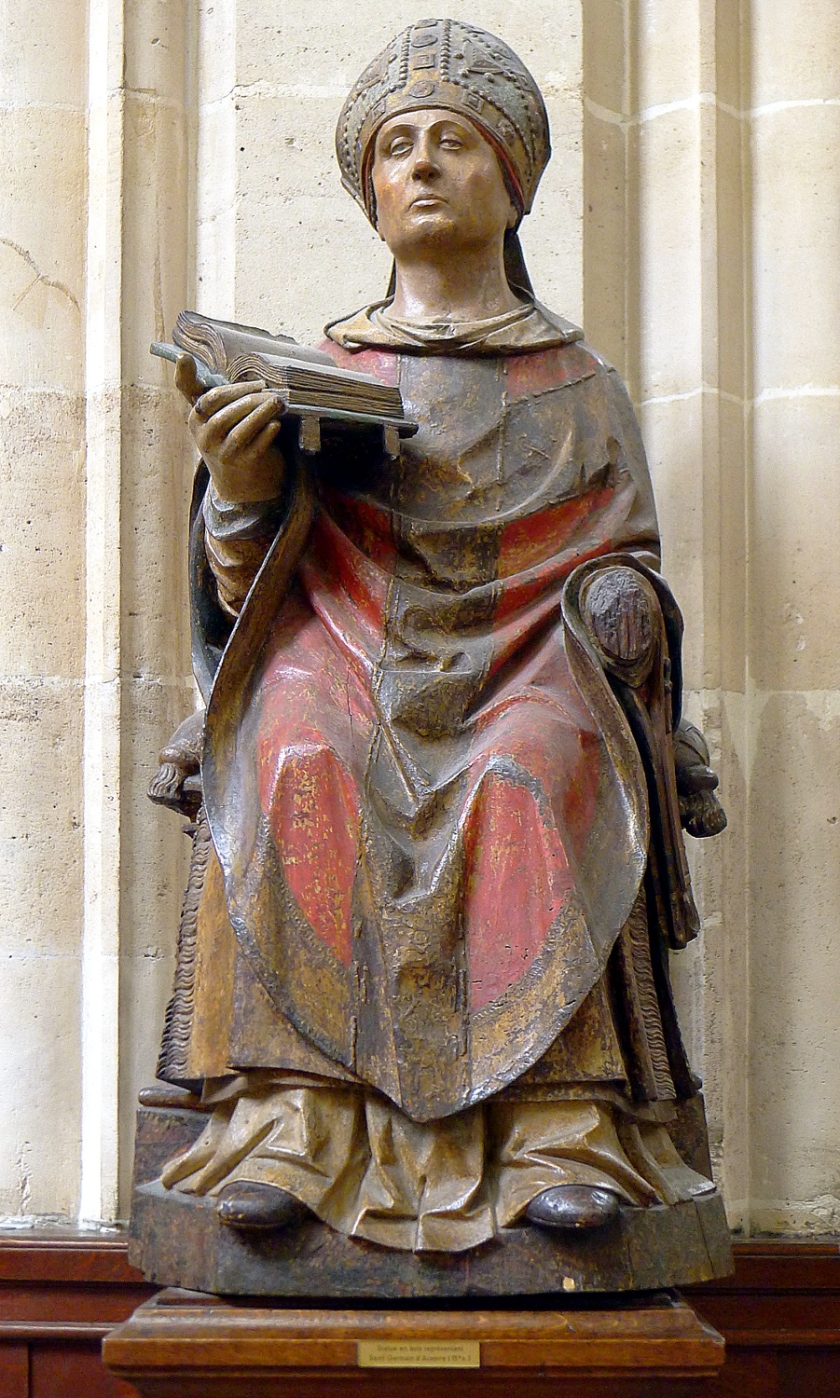