St John Baptist Mary Vianney was born near Lyon, France, on 8th May 1786.  Overcoming many difficulties prior to his ordination on 13th Aug 1815, he was thereafter entrusted with the remote parish of Ars, a village of 230 souls.   His Bishop had warned him that he would find religious practice there in a sorry state:  “There is little love of God in that parish;  you will have to be the one to put it there”.   As a result, he was deeply aware that he needed to embody Christ’s presence and bear witness to God’s saving mercy:   “Lord, grant me the conversion of my parish.   I am willing to suffer whatever you wish, for my entire life!”   With that prayer he entered upon his mission.

His first biographer tells us that “upon his arrival, he chose the church as his home.   He entered the church daily before dawn and did not leave it until after the evening Angelus.  There he was to be sought whenever needed”.

The Curé d’Ars taught his parishioners primarily by the witness of his life.   It was from his example that they learned to pray, to visit Jesus frequently in the Tabernacle.   “One need not say much to pray well”, he explained to them, “we know that Jesus is there in the Tabernacle.   Let us open our hearts to Him, let us rejoice in His sacred presence.   That is the best prayer”.   And He would urge them:  “Come to communion, my brothers and sisters, come to Jesus.   Come to live from Him in order to live with Him… Of course you are not worthy of Him but you need Him!” 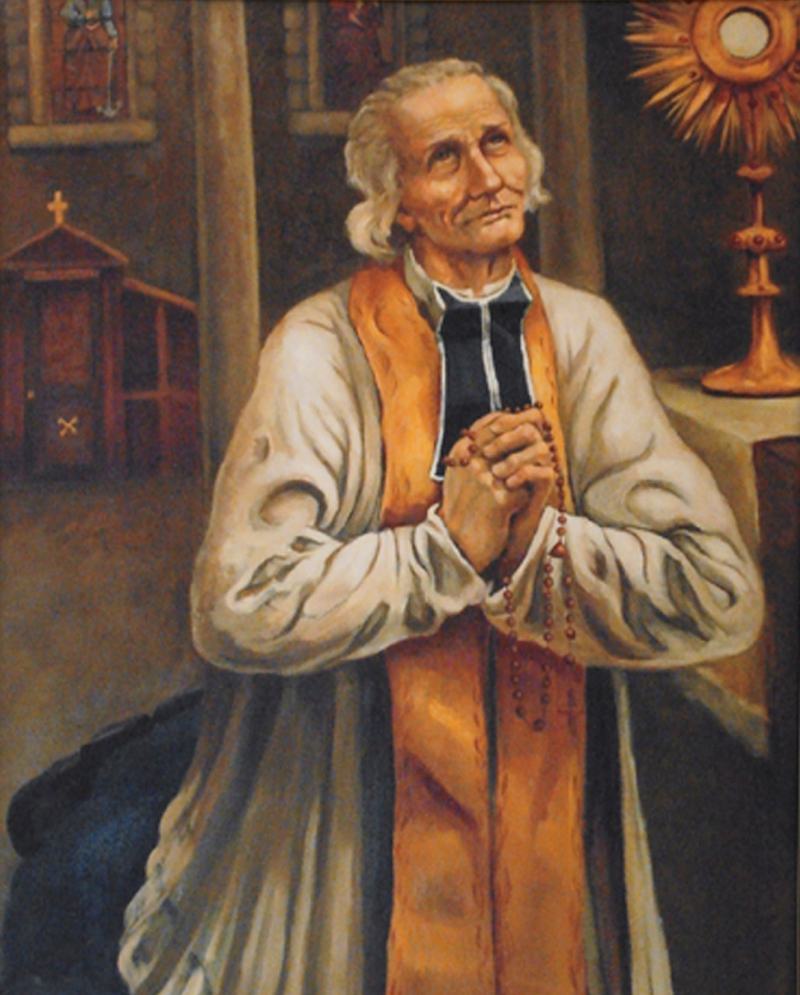 He regularly visited the sick and families and organised missions and feast day celebrations.   He also enlisted lay persons to collaborate in the collection and management of funds for his charitable works, providing also for the education of children.   He personally cared for the orphans and teachers of the “Providence”, an institute he founded.

The Curé of Ars was known for his humility, while as a priest he was conscious of being an immense gift to his people.   “A good shepherd, a pastor after God’s heart, is the greatest treasure which the good Lord can grant to a parish and one of the most precious gifts of divine mercy”. 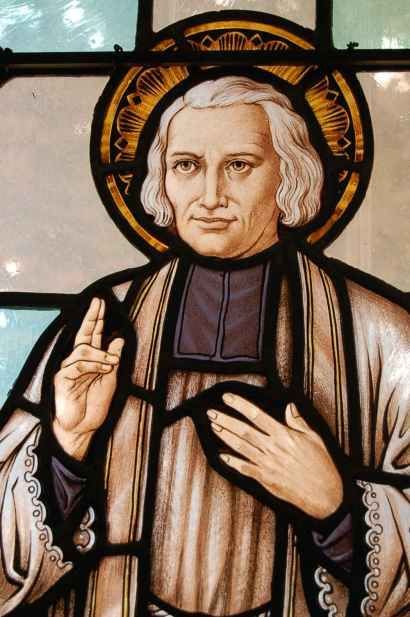 Explaining to his parishioners the importance of the Sacraments, he would say:  “Without the Sacrament of Holy Orders, we would not have the Lord.  Who put him there in that tabernacle?   The priest.   Who welcomed your soul at the beginning of your life? The priest.   Who feeds your soul and gives it strength for its journey?   The priest.   Who will prepare it to appear before God, bathing it one last time in the blood of Jesus Christ? The priest, always the priest.   And if this soul should die as a result of mortal sin, who will raise it up, who will restore its calm and peace?   Again, the priest… Only in heaven will he fully realise what he is.”

Those who attended the Masses he celebrated have said that “it was not possible to find a finer example of worship… He gazed upon the Host with immense love”.   He was convinced that the fervour of a priest’s life depended entirely upon the Mass, “All good works, taken together, do not equal the sacrifice of the Mass since they are human works, while the Holy Mass is the work of God… The reason why a priest is lax is that he does not pay attention to the Mass!   My God, how we ought to pity a priest who celebrates as if he were engaged in something routine!” 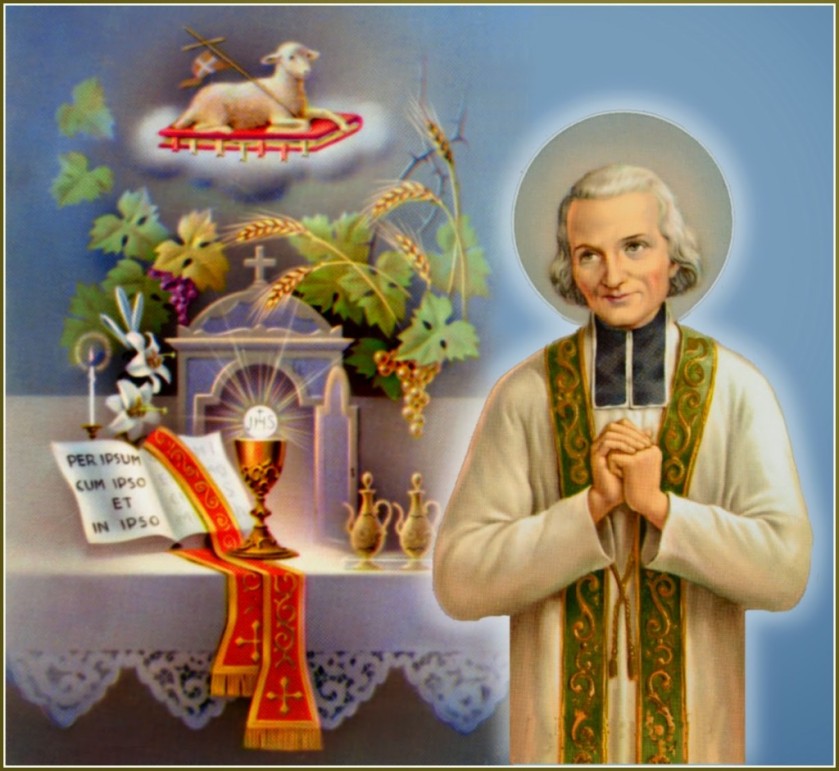 His profound sense of responsibility as a priest was palpable.   “Were we to fully realise what a priest is on earth, we would die:  not of fright but of love… Without the priest, the passion and death of our Lord would be of no avail.   It is the priest who continues the work of redemption on earth… What use would be a house filled with gold, were there no one to open its door?   The priest holds the key to the treasures of heaven:  it is he who opens the door:  he is the steward of the good Lord;  the administrator of his goods… Leave a parish for 20 years without a priest and they will end by worshipping the beasts there… The priest is not a priest for himself, he is a priest for you”.

By spending long hours in church before the Tabernacle, he inspired the faithful to imitate him by coming to visit Jesus, knowing that their parish priest would be there, ready to listen and offer forgiveness.   Later, the growing numbers of penitents from all over France would keep him in the confessional for up to 16 hours a day.   It was said that Ars had become “a great hospital of souls”.

He once explained to a fellow priest his self-imposed mortifications and expiations for those souls whose confessions he heard, “I will tell you my recipe: I give sinners a small penance and the rest I do in their place.”   He was moved knowing that souls have been won at the price of Jesus’ own blood and a priest cannot devote himself to their salvation if he refuses to share personally in the precious cost of Christ’s redemption.

A century after his death, the Shrine of Our Lady of Mercy was built in Ars-sur-Formans, where the relic of the heart of the Saint is venerated in the Chapel of the Heart.   His incorrupt body lies at the main altar of the Shrine in a glass reliquary.   The Curé’s humble cottage is presently a museum.

Current estimates indicate that over 400,000 pilgrims visit the shrine every year. 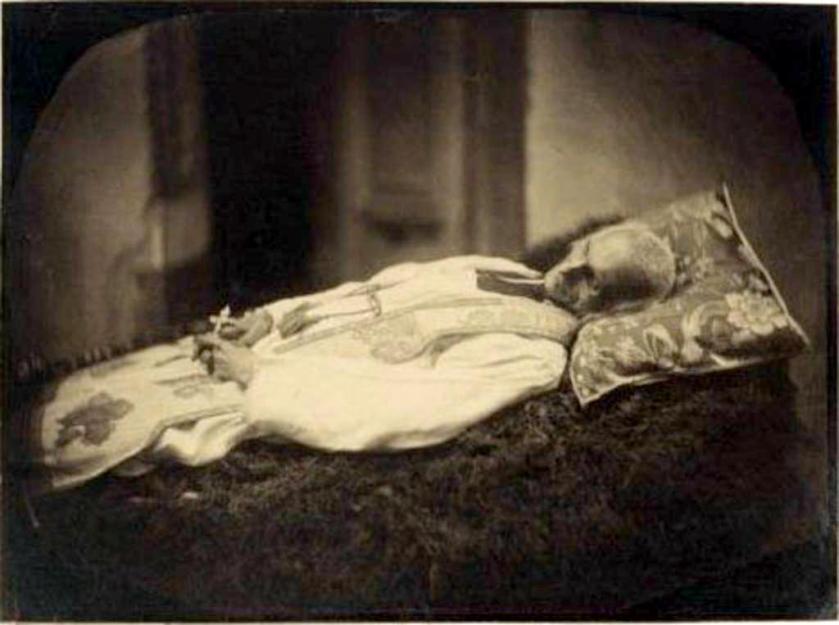 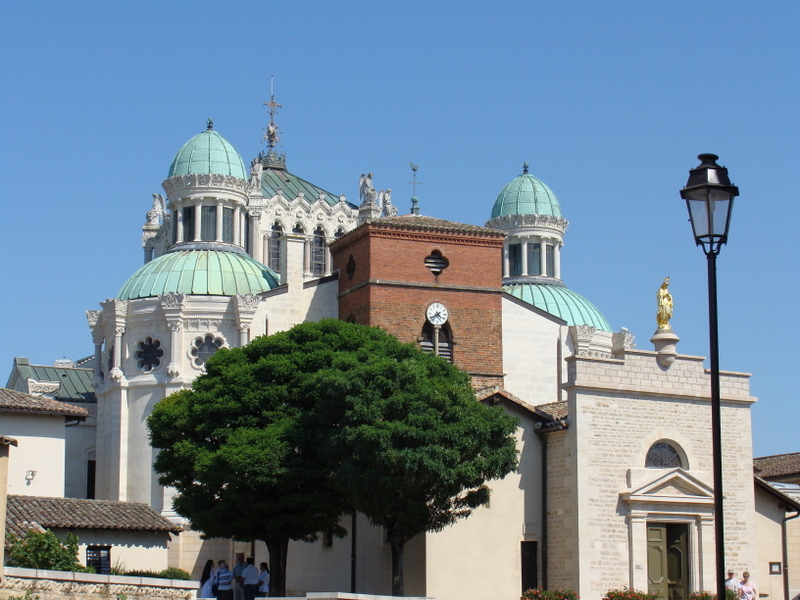