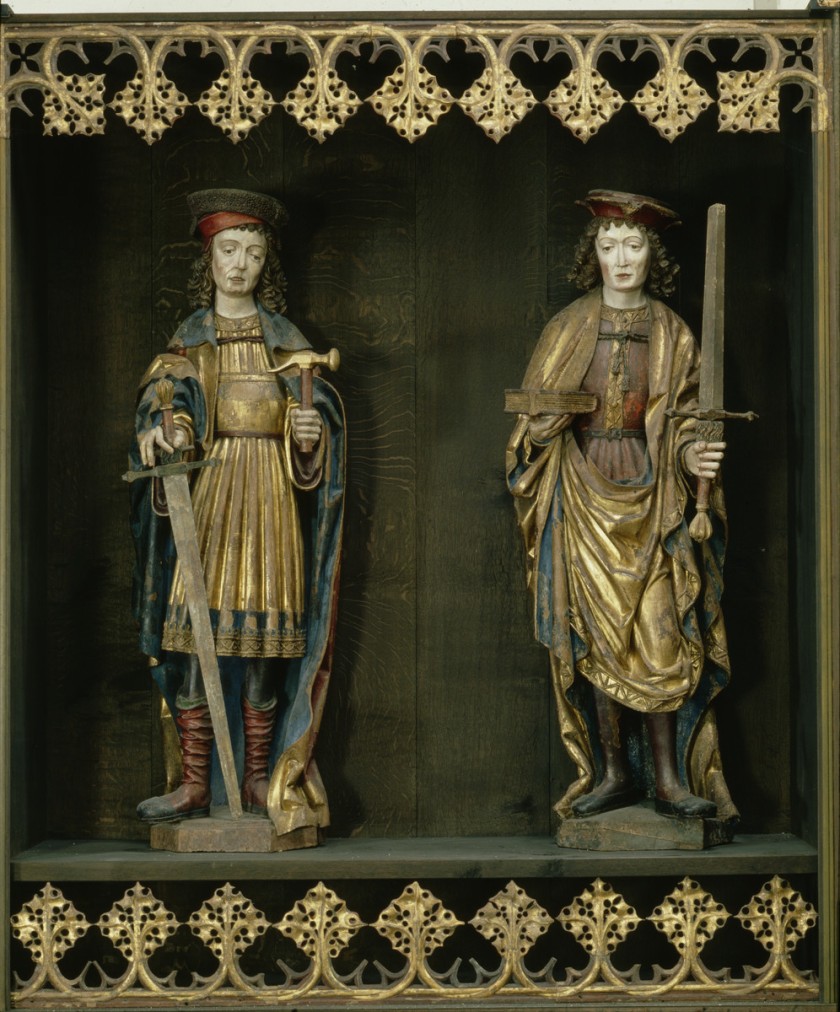 These two glorious martyrs came from Rome to preach the Faith in Gaul toward the middle of the third century.   Fixing their residence at Soissons, they instructed many in the Faith of Christ, which they preached publicly in the day and at night they worked at making shoes, though they are said to have been nobly born and brothers.

The infidels listened to their instructions and were astonished at the example of their lives, especially of their charity, disinterestedness, heavenly piety and contempt of glory and all earthly things and the effect was the conversion of many to the Christian faith.

The brothers had continued their employment several years when a complaint was lodged against them.   The emperor, to gratify their accusers and give way to his savage cruelty, gave orders that they should be convened before Biotin’s Varus, the most implacable enemy of the Christians. 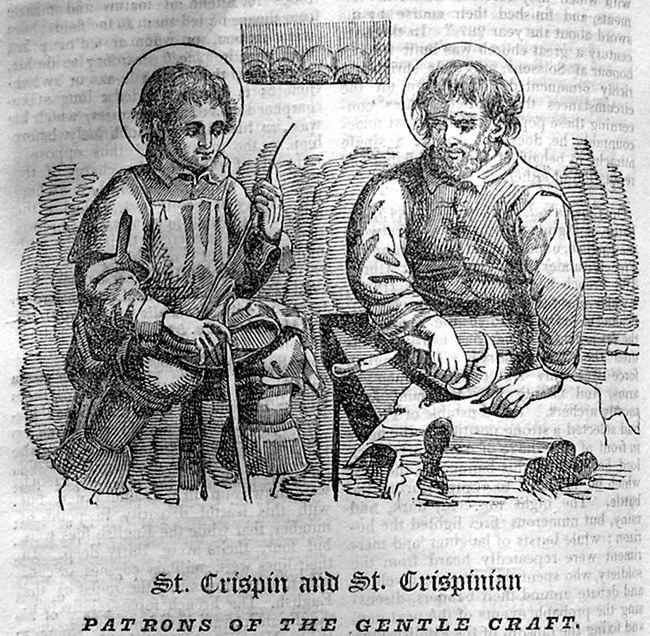 The martyrs were patient and constant under the most cruel torments and finished their course by the sword about the year 286.   A Christian brother and sister buried their bodies on their own terrain, where later a public oratory was constructed. 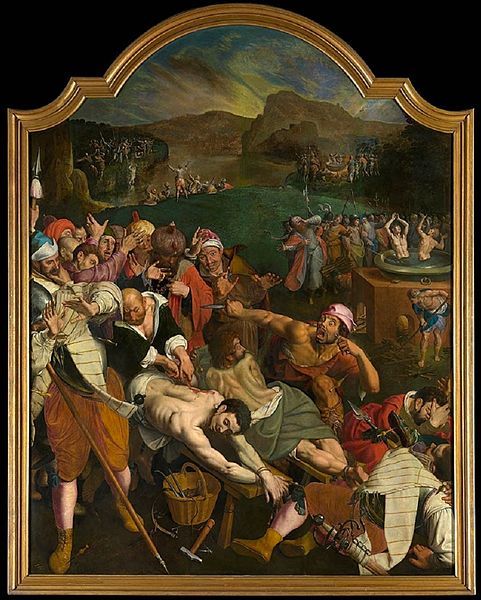