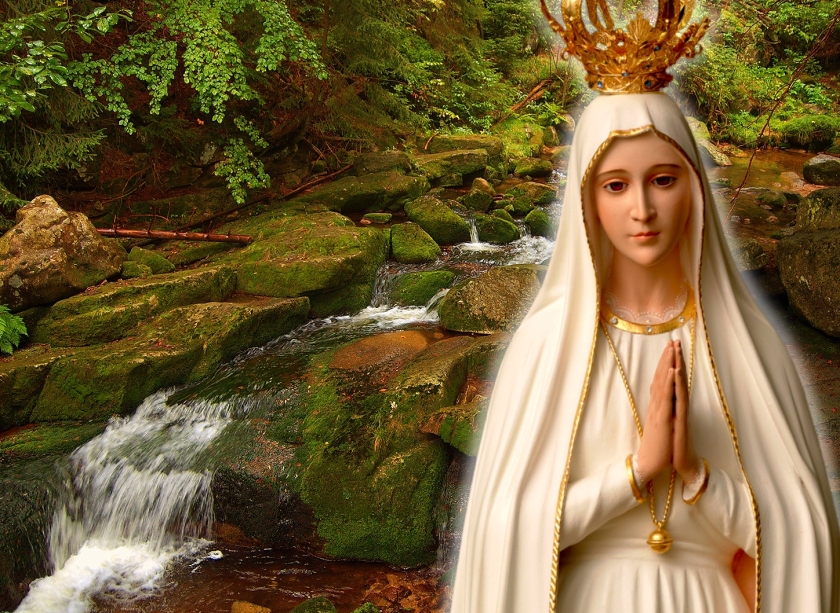 Our Lady of Help:  Devotion to the Blessed Virgin Mary under this title began in Palermo, Sicily in the 14th century and has since spread throughout the Augustinians. It began when Father Nicola Bruno, who suffered from severe and long-term pains in his side, prayed to Our Lady for healing while meditating on a painting of Mary in which she used a stick or club to chase away the dragon and protect the infant Jesus, the artist was making reference to passages in Genesis and Revelations that referred to the eternal enmity between The Woman and the serpent.  That night, Father Nicola received a vision of Mary and was healed.   The painting received the title “Our Lady of Help” and the devotion began.   Since 1804 the celebration has had its own liturgy.

Our Lady of the Most Blessed Sacrament: 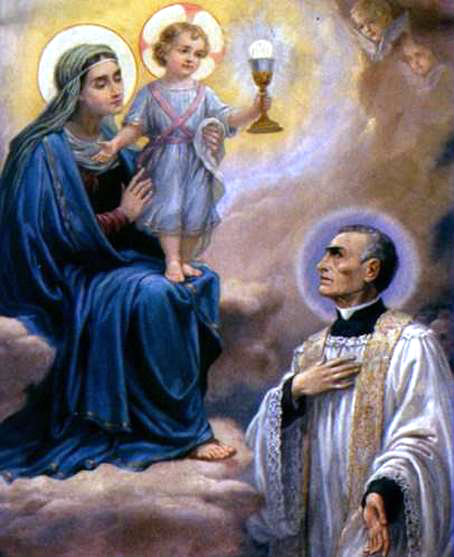 The title of Our Lady of the Blessed Sacrament was first given to Mary by St Peter Julian Eymard in May 1868, while speaking to his novices.   A few years later he described what her statue should look like:  “The Blessed Virgin holds the Infant in her arms and He holds a chalice in one hand and a Host in the other.”   He exhorted them to invoke Mary:   “Our Lady of the Blessed Sacrament, pray for us who have recourse to thee!”

St Lucius of Constantinople
St Mael of Bardsey
Bl Magdalen Albrizzi
St Merewenna of Rumsey
St Mucius of Byzantium
St Natalis of Milan
St Onesimus of Soissons
St Servatus of Tongres
St Valerian of Auxerre
—
Martyrs of Alexandria: A group of Catholic Christians martyred in the church of Theonas, Alexandria, Egypt by order of the Arian Emperor Valens. Their names have not come down to us. 372 in Alexandria, Egypt.