Saint of the Day – St Maria Guadalupe García Zavala (1878-1963) – born Anastasia Guadalupe García Zavala on 27 April 1878 in Zapopan, Jalisco, Mexico and died on 24 June 1963 in Guadalajara, Jalisco, Mexico of natural causes – Virgin and co-foundress of the Handmaids of Santa Margherita and the Poor.   She is also known as “Mother Lupita”.  Patronages – Nurses, Handmaids of Santa Margherita Maria and the Poor.

María Guadalupe García Zavala was born on 27 April 1878 in Zapopan, Jalisco, Mexico, to Fortino García and Refugio Zavala de García.   As a child she was known for her piety and made frequent visits to the Basilica of Our Lady of Zapopan, which was located next to the religious goods shop run by her father  . Her love for God was particularly demonstrated in her love for the poor. 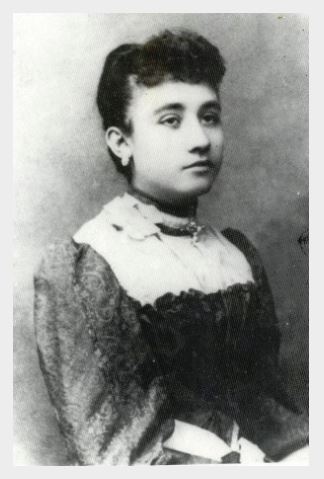 With uncommon transparency and simplicity, María treated everyone with equal love and respect.   Although as a young woman she planned to marry Gustavo Arreola, she suddenly broke off her engagement when she was 23 years old.   The reason: María “understood” that Jesus was calling her to love Him with an undivided heart as part of the religious life and she fully believed, that she was called to do this, by giving assistance to the poor and sick.

Foundress of the “Servants’:
When María confided to her spiritual director, Fr Cipriano Iñiguez, her “sudden change of heart”, he told her that for some time he had the inspiration to found a religious congregation that would provide assistance to the hospitalised.   He invited María to join him in this foundation.

The new Congregation, which officially began on 13 October 1901, was known as the “Handmaids of St Margaret Mary (Alacoque) and the Poor”.

“Poor with the poor’:
María worked as a nurse, giving assistance to the first patients that were welcomed into “their hospital”. Regardless of the poverty and lack of material goods of the patients, compassion and care for the physical and spiritual well-being of the sick were the primary concerns and María gave of herself wholeheartedly to carry out this task of love.

Sr María was named Superior General of the quickly-growing Congregation and taught the Sisters entrusted to her, mostly by means of her example, the importance of living a genuine and joyful exterior and interior poverty.   She was convinced that it was only through loving and living poverty that one could be truly “poor with the poor”.

Indeed, Mother María was known for her simplicity, humility and willingness to accept all that came from the hand of God.

In times of “dire straits”, Mother María asked her spiritual director for permission to go begging in order to collect money for the hospital.   Together with other Sisters, she would seek offerings until the needs of the hospital and patients were me, and would ask no more than was necessary.   The Sisters also worked in parishes to assist the priests and to teach catechism.

Risking life to help those hiding:
From 1911 until 1936, the political-religious situation in Mexico became uneasy and the Catholic Church underwent persecution.   Mother María put her own life at risk to help the priests and the Archbishop of Guadalajara to “go into hiding” in the hospital.

She did not limit her charity simply to helping the “righteous” but also gave food and care to the persecutors who lived near the hospital, it was not long before they, too, began defending the sick in the hospital run by the Sisters.

The last two years of Mother María’s life were lived in extreme suffering because of a grave illness and on 24 June 1963, she died at the age of 85.

During the lifetime of the foundress, 11 foundations were established in the Republic of Mexico.
Today, the Congregation has 22 foundations and is present in five different Nations: Mexico, Peru, Iceland, Greece and Italy.

Her Beatification cause began in mid-1984 and her formal Beatification was celebrated on 25 April 2004.   Pope Francis later Canonised her as a saint on 12 May 2013 in Saint Peter’s Square.