Pope Leo II was a Sicilian.   He was learned in sacred and profane letters, as also in the Greek and Latin tongues and was, moreover, an excellent musician.   He rearranged and improved the music of the sacred hymns and psalms used in the Church. 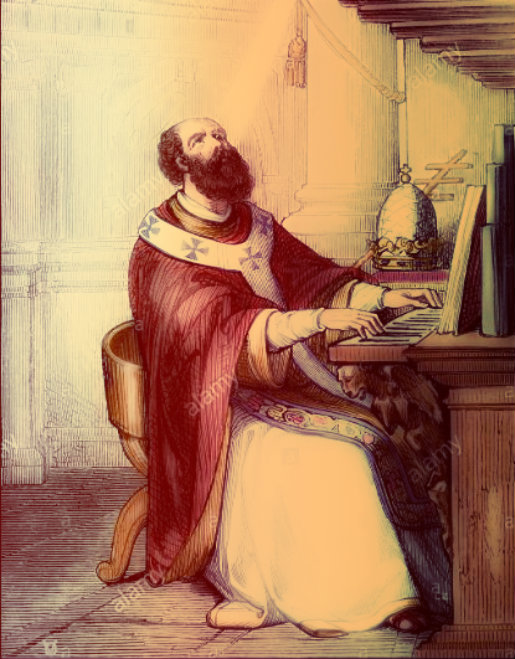 He approved the acts of the sixth General Council, which was held at Constantinople, under the presidency of the legates of the apostolic see, in the presence of the emperor Constantine, the Patriarchs of Constantinople and Antioch and one hundred and seventy bishops – Leo also translated these said acts into Latin.

It was in this Council that Cyrus, Sergius, and Pyrrhus were condemned for teaching that there is in Christ, only one will and one operation.   Leo broke the pride of the Archbishops of Ravenna, who had puffed themselves up, under the power of the exarchs, to set at naught the power of the apostolic see.   Wherefore, he decreed that the elections of the clergy of Ravenna should be worth nothing, until they had been confirmed by the authority of the Bishop of Rome.

He was a true father to the poor.   Not by money only but by his deeds, his labours and his advice, he relieved the poverty and loneliness of widows and orphans.   He was leading all to live holy and godly lives, not by mere preaching but by his own life, when he died in the year 683, he had been Pope eleven months.   He was buried in the church of Saint Peter.

St Leo was originally buried in his own monument, however, some years after his death, his remains were put into a tomb that contained the first four of his papal namesakes.