Saint of the Day – 31 July – Saint Giustino de Jacobis CM (1800-1860) Apostolic Vicar of Abyssinia – St Giustino was an Italian bishop and professed member of the Congregation of the Mission who became a Vicar Apostolic in Ethiopia and the Titular Bishop of Nilopolis.   He is also known as Justin de Jacobis.   Born on 9 October 1800 at San Fele, Luciana, Italy and died on 31 July 1860 on the side of a road near Halai, of a tropical fever in the valley of Alghedien Zula, Semenawi Keih Bahri, Eritrea while on a missionary trip.   Patronages – Ethiopia, Eritrea, Missionaries.

On 17 October 1818 he entered the Congregation of the Mission at Naples and made his religious vows there on 18 October 1820.   He was ordained to the priesthood at Brindisi on 12 June 1824.   After spending some time in the care of souls at Oria and Monopoli he became superior first at Lecce and then at Naples.

In 1839 he was appointed as the first Prefect Apostolic of Ethiopia and entrusted with the foundation of Catholic missions there.   After labouring with great success in Ethiopia for almost a decade, he was appointed as the Titular Bishop of Nilopolis in 1847 and not long afterwards the Vicar Apostolic.   However, he refused the episcopal honour until it was forced upon him in 1849, when he received his episcopal consecration.

Despite imprisonment and exile combined with other kinds of persecution from the local Ethiopian Church he founded numerous Catholic missions.   St Giustino also built schools in Agame and Akele Guzay for the training of a native priesthood and in the process he founded the beginnings of the Ethiopian Catholic Church and the Eritrean Catholic Church.

He died in 1860 at Hebo, of what is now the Southern Administrative Region of Eritrea, while en route to Halai, where he hoped to regain his health. 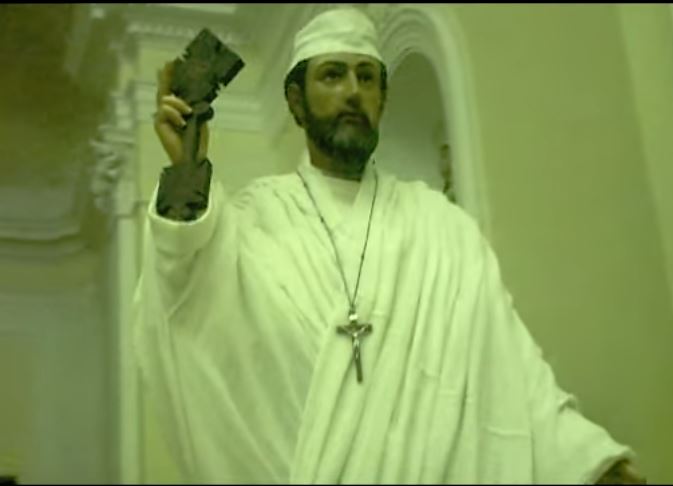