St Macarius’ legacy is one of working miracles and standing for truth even in the face of torture.

Macarius was born in the ninth century in Constantinople, originally named Christopher.   He took the name Macarius when he became a monk. 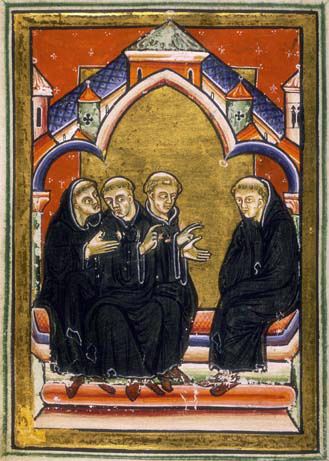 Eventually, he was selected as abbot of his monastery and became well-known for healing miracles, which is how he earned his title – St Macarius the Wonder-Worker. Crowds would flock to the monastery to seek cures.

St Macarius opposed the emperor’s orders to suppress icons in one of the great iconoclasm controversies.   The controversy over icons was a dispute that arose when some misinterpreted the Second Commandment, which forbids the worship of images. The Church has consistently insisted upon the orthodoxy of icons and other religious imagery as a consequence of the Incarnation – Jesus proved that God redeems all of creation and that all of creation can help mediate God’s presence to us.   Icons and religious imagery point our hearts and minds to God and remind us of holy figures, they are not themselves objects of veneration.

Macarius was imprisoned and tortured for defending the use of icons.   When the emperor died, the successor released him from prison and tried to win him over  . He rejected the new emperor as well and was exiled.   He died during this banishment.

The relics of St Macarius rest in the reliquary chapel in the Basilica of the Sacred Heart on Notre Dame’s campus.

St Macarius, who suffered torture and exile for your defence of religious images—pray for us!