Bl John (Jan) Beyzym was born in what is now Ukraine, at Beyzymy Wielkie on 15 May 1850 and died on 2 October 1912, in Fianarantsoa, Madagascar, “The Apostle of the Lepers of Madagascar.”

Fr Beyzym was the first priest to live among the victims of Hansen’s disease in the entire history of the mission of Madagascar.

Teaching apostolate:
After his secondary school studies, he entered the Jesuit novitiate on 10 December 1872 at Stara Wies.   On 26 July 1881 he was ordained in Kraków.

For 17 years, Fr Beyzym worked as an educator among young people in the Jesuit Colleges at Tarnopol and Chyrów.    During this time he was also discerning the second call he received from God which was to serve in the difficult mission among the lepers in Madagascar.   In 1898, when he was 48, he left for Madagascar to begin the apostolate.   “I know very well” he wrote to the Fr General Louis Martin in Rome in 1897, “what leprosy is and what I must expect but all this does not frighten me, on the contrary, it attracts me.”

Mission among the lepers in Madagascar:
On arriving in the Red Island (Madagascar) he was posted to the leprosarium of Ambahivoraka near Antananarivo, where 150 sick people lived in almost total abandonment in the desert, far from healthy people.    They lived in crumbling shacks which were divided into small windowless rooms without flooring or furniture.   They received no medication and lived, day by day, without any help.   They often died of hunger rather than of sickness.

After two weeks in the hospice, Fr Beyzym wrote in 1899 to Rodolphe de Scorraille, Head of the Province of Champagne and its missions, a letter to present the indescribable conditions he found, admitting that he asked the Good Lord to help him bring relief to this misery and that he wept in private at the sufferings of these unhappy people.

However, he did not shrink from the reality.   He devoted all his   strength, his talents as an organiser and, above all, his heart to the sick.   He lived among them to bear witness to the fact that they were human beings and that they must be saved.

He collected money and tried helping them in any way he could. At the time there was no effective medication for Hansen’s disease.   However, Fr Beyzym noticed that healthy food and adequate hygiene limited the contagion and that these two conditions together prevented the disease from progressing.

An eyewitness, Fr P Sau, wrote of Fr Beyzym that during his life, “painfully surprised at the sight of the extreme poverty of Ambahivoraka, he called on the charity of his Polish compatriots and soon was able to increase his children’s ration of rice.   The improvement of the diet reduced the number of burials from 57 a week to 5 a year”   (La Mission de Madagascar a vol d’oiseau, pp. 62-63).

Another eye witness, Fr A Niobey, wrote about Fr Beyzym’s devotion to the body and soul of the sick:   “His devotion to his lepers was unequalled.   He possessed nothing but he gave the little he could dispose of unhestitatingly.   His answer to every objection was always:   “What you do for the least of my creatures, that you do unto me.   We must be like the merchants of this earth, we must always aim at a greater gain'” (Letter, 3 June 1913).

He answered the provincial who asked him about working conditions among the sick – “One must be in constant union with God and pray without respite.   One must get used little by little to the stench, for here we don’t breathe the scent of flowers but the putrefaction of bodies generated by leprosy.”    (Letter, 18 April 1901) 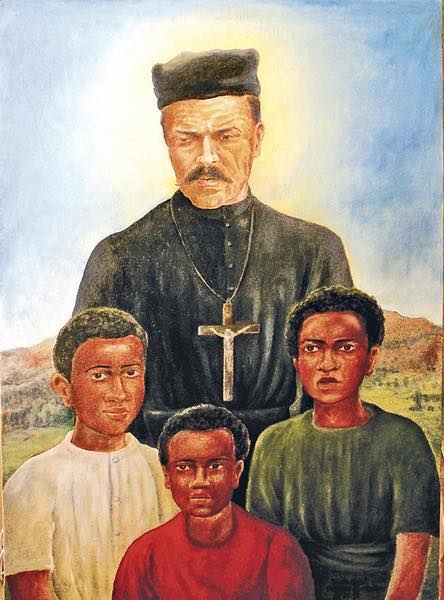 However, this “ease” did not come at once.   Fr Beyzym admitted that at first he felt repulsion at the sight of the victims.   Several times he even fainted.

His burning goal was to build a hospital where the lepers would be taken care of and protected from the moral permissiveness that prevailed in the state-run hospices.   In 1903 he left Ambahivoraka to go to build a hospital at Marana near Fianarantsoa. Speaking of the inauguration of the hospital on 16 August 1911, Fr J Lielet, a medical doctor, said “Fr Beyzym’s leposarium had finally been opened…. The construction and equipping of this vast hospital in a country where everything is lacking was a colossal undertaking but he completed the task.    Arriving there penniless, he found ways of collecting thousands of francs in Europe (principally in Poland, Austria and Germany) for such a distant project, his trust in God’s help was unshakeable.   Providence has almost performed miracles for him” (Chine, Ceylan, Madagascar, 1912, p. 94).   He hoped that it would provide more human conditions of life for the victims of Hansen’s disease.

The hospital still exists today and radiates love, hope and justice – the virtues which made its construction possible.   Since 1964 new little houses very close to the hospital have been built for the families of the sick people.

Inner life, soul of his apostolate:
Fr Beyzym’s inner life was marked by a profound bond with Christ and the Eucharist. The Mass was the centre of his life, he deplored the fact that the little church near the mission did not even have a permanent Tabernacle and that during the rainy season the water dripped down onto the altar during Mass.   He was greatly devoted to Mary and attributed his successes to Mary seeing himself as her instrument.   He was a man of action and an untiring worker but also a man of prayer – He attributed to prayer an essential role in the apostolic life, underlining its importance to achieve sanctity.    Fr Beyzym was a contemplative in action in the style of St Ignatius.   He had daily problems and battled against a thousand worries and sufferings but was above all a man of prayer. Prayer was the source of his strength.   Not having much time for quiet prayer, he prayed everywhere all the time.   He often repeated that his prayer was not worth much and that he had trouble praying.    This was why he asked the Carmelite nuns to pray for him. … Vatican.va

Beyzym died on 2 October 1912, his health had declined and he suffered both arteriosclerosis and sores which confined him to bed. His remains were exhumed and relocated back to his native Poland on 8 December 1993 at a Jesuit church.  He was Beatified on 18 August 2002, at Błonie Park, Kraków, Poland by Pope John Paul II. 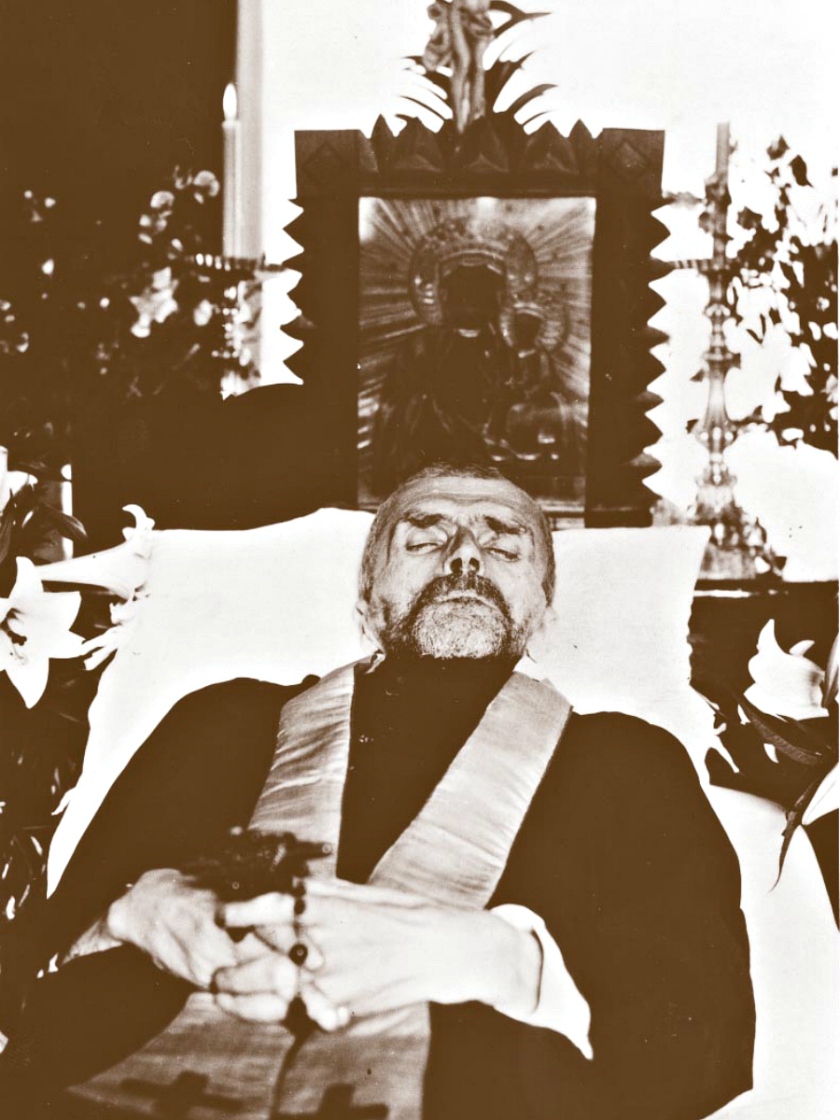