Saint of the Day – 5 November – Saint Guido Maria Conforti (1865-1931) Archbishop, Founder of the Xaverian Missionaries on 3 December 1895, teacher, reformer, Contemplative of the Passion, Eucharistic and Marian devotee – born on 30 March 1865 at Ravadese, Parma, Italy and died on 5 November 1931 in Parma, Italy of natural causes – Patronage – the Xaverian Missionaries. 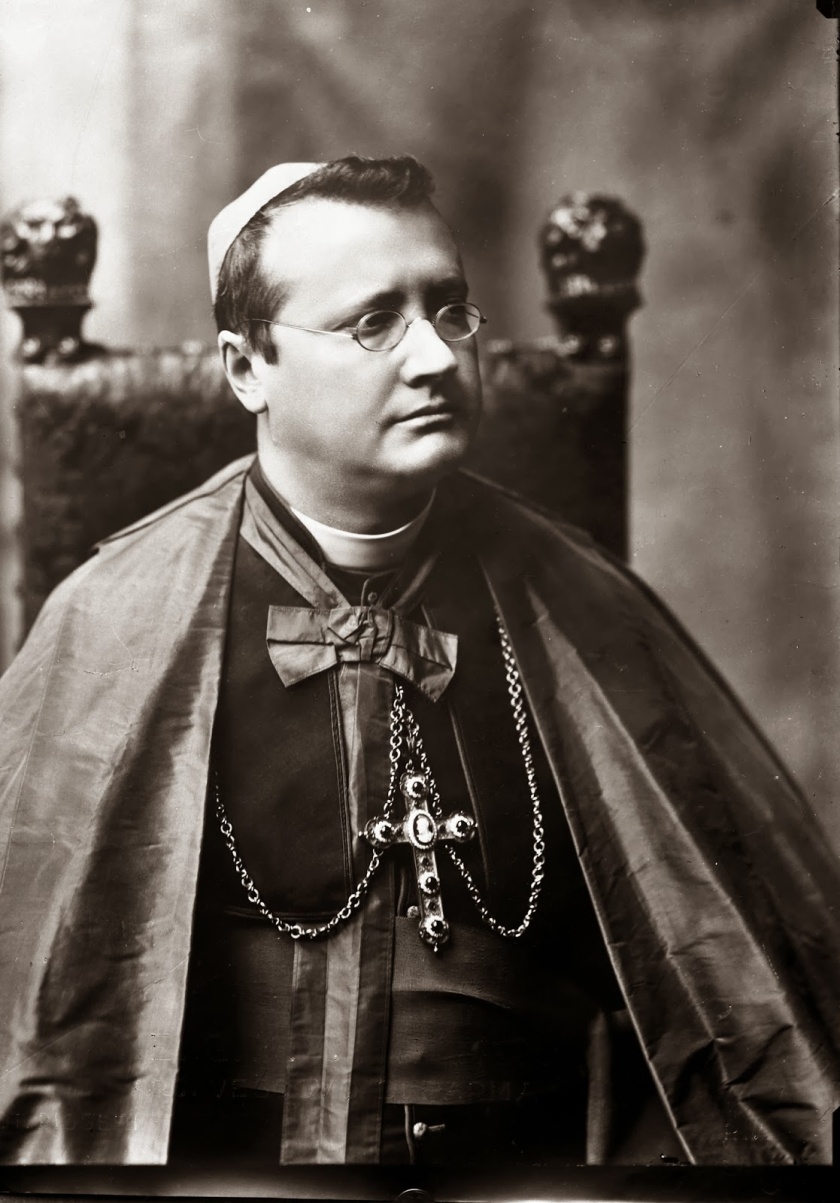 Saint Guido Maria Conforti was born in Casalora di Ravadese near Parma to his parents Rinaldo and Antonia Adorni, the eighth of 10 children.   In Parma, he attended primary school at the Brothers of the Christian Schools.   On the way to school, he passed the Church of Peace in Borgo delle Colonne and entered it every day to stop in front of the Crucifix:  “I looked at him and He looked at me and it seemed to me that he said many things,” he said.   It was precisely from the encounter with that Crucifix that the priestly vocation was born in young Conforti.

Despite his father’s resistance, in 1876 Guido entered the seminary.   In those years, the rector was Msgr Andrea Ferrari, future Cardinal and Blessed.   Their relationship became a friendship., who was the mentor of the young man.   Although he was still a student, Conforti was appointed vice-rector and kept the position even after his ordination, demonstrating considerable qualities as an educator.   During the seminary years, Conforti began reading a biography of St Francis Xavier, the Jesuit missionary who proclaimed the message of Christ throughout Asia up to Shangchuan, the gateway to China, where he died in 1552.   The young man was fascinated by the figure of Xavier and felt invited to continue the work that had remained unfinished.

This was the spark that inspired his new vocation – the missionary vocation.
Overcoming many obstacles due to his fragile health, he was ordained a priest in the sanctuary of Fontanellato (Parma) on 22 September 1888.   During his years of study, he sought to approach both the Salesians of St John Bosco and the Jesuits in order to become a missionary but it was not possible for him because of his precarious health conditions. However, this did not make him give up his missionary ideal and on 3 December 1895 (the feast of St Francis Xavier) he inaugurated the Emilian Institute for Foreign Missions, which was officially recognised on 3 December 1898 as the Congregation of St Francis Xavier for Foreign Missions.   In the following March, it was with great joy that he handed over the cross to the first two Xaverian missionaries leaving for China – Fr Caio Rastelli and Fr Odoardo Mainini. 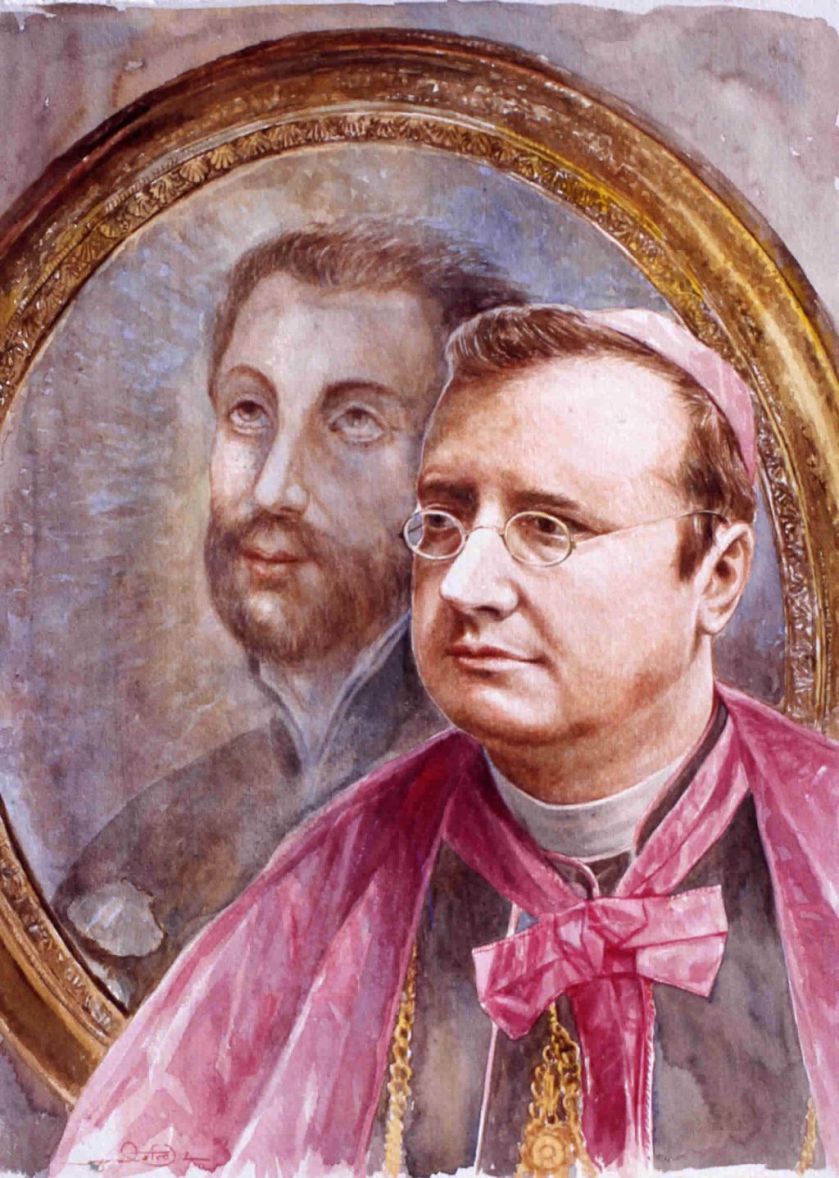 The years following, he continued his activity as Vicar General in Parma until he was called by Pope Leo XIII to rule the Archdiocese of Ravenna.   On  11  June 1902, the day of his episcopal ordination, Conforti made religious vows together with a vow to devote himself unreservedly to the proclamation of the Gospel ad gentes.

Unfortunately, his poor health worsened and after only two years he had to give up the position of Archdiocese of Ravenna.   He returned to Parma to his Missionary Institute where he was able to follow the formation of young aspiring missionaries.   But new appointments awaited him -St Pope Pius X initially appointed him Coadjutor with the right to be successor to the Bishop of Parma, a diocese that he had been in charge of from 1907, nearly 25 years.   Religious education was the focal point of his pastoral commitment.   Faced with toils and hardships without number, he made the pastoral visit five times, celebrated two diocesan syods, and established and promoted Catholic Action, especially for young people.   He paid particular attention to the culture and holiness of the clergy, the formation of the laity, the Catholic associations, the Catholic press, missions to the people and Eucharistic, Marian and missionary congresses.

Bishop Conforti combined new activities with the commitments of his episcopal office and of his Missionary Institute.   He was active in the diffusion of the Pontifical Mission Societies and collaborated with Blessed Fr Paolo Manna in the foundation of the Pontifical Missionary Union, becoming its first president.   In fact, Conforti believed that the proclamation of the Gospel ad gentes was the main road for the evangelisation of people.

In these years, he had the joy of sending Xaverian missionaries to China and of consecrating one of his missionaries, Fr Luigi Calza, Bishop of Cheng-Chow, to the Cathedral of Parma in 1912.   Another important date in the history of the Xaverian Institute was on 15 August 1921, Bishop Conforti finished his “Testament Letter (Rule)” that had been definitively approved by the Pope and presented it to the Xaverian Constitutions.   And in 1928, he went to China to visit his missionaries, confirming the bond of communion between the Church of Parma and the young church of western Honan.

When he returned to Parma, he resumed his pastoral activity but his health deteriorated. On 5 November 1931, after having received the Sacrament of the Anointing of the Sick and Viaticum and having publicly professed his faith and implored God for his clergy and his people, Bishop Guido Maria Conforti fell asleep in the Lord.   His funeral was attended by all of Parma.   He was buried in the centre of the apse of the church of the motherhouse of the Xaverian Missionaries in Parma.

Conforti is said to have provided the initiative behind Pope Benedict XV’s encyclical, Maximum illud, of 30 November 1919.   That document is called the Magna Carta of modern Catholic missionary work. 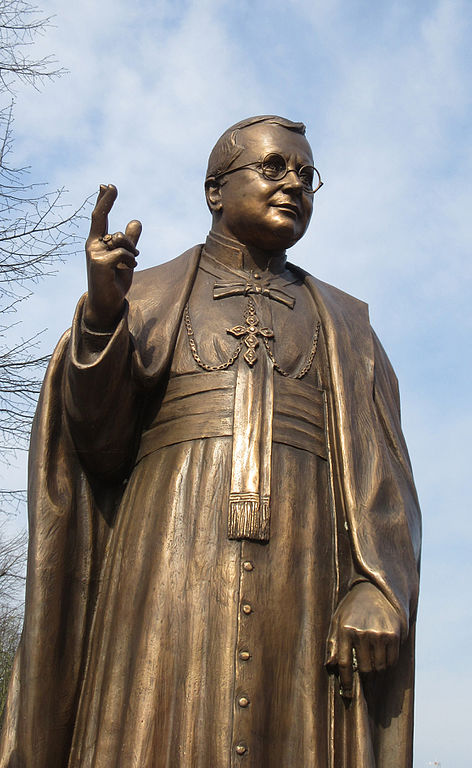