“A voice was heard in Ramah, sobbing and loud lamentation; Rachel weeping for her children and she would not be consoled, since they were no more.” … Matthew 2:18 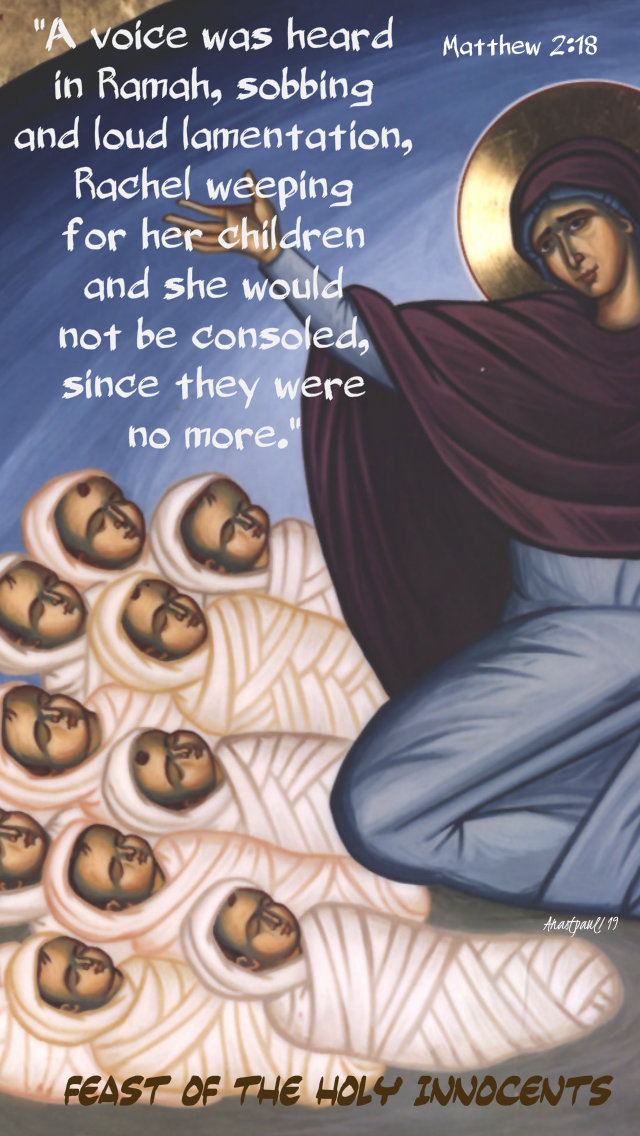 REFLECTION – “Where does this jealousy lead?…   The crime committed today shows us. Fear of a rival to his earthly kingdom fills Herod with anxiety, he plots to suppress “the newborn King” (Mt 2:2), the eternal Kin, he fights against his Creator and puts innocent children to death…   As for those children, what fault had they committed?   Their tongues were dumb, their eyes had seen nothing, their ears heard nothing, their hands done nothing.   They accepted death who had not known life. ( … )   Christ reads the future and knows the secrets of the heart, He weighs our thoughts and probes our intentions (cf. Ps 138[139]), why did He forsake them? ( … )   Why did the newborn heavenly King abandon these companions in innocence, forget the sentinels watching around His crib to such an extent, that the foe who wanted to get at the King, ravaged His whole army?

My brethren, Christ did not forsake His soldiers but covered them with honour by allowing them to conquer, before they had lived and to carry away the prize, without a fight. ( … )   He wanted them to possess heaven rather than earth. ( … )   He sent them before Him as His heralds.   He did not abandon them but saved those who went on ahead.   He did not forget them. ( … )

Blessed are they who have exchanged their travail for repose, their pains for ease, their suffering for joy.   They are alive!   Yes, they are alive, they live indeed, who have undergone death for Christ’s sake. ( … )   Happy the tears their mothers shed for these infants, they have won them the grace of baptism. ( … )   May He who deigned to rest in a stable be pleased to lead us also, to the heavenly pastures.” … St Peter Chrysologus (400-450) Bishop of Ravenna, Father and Doctor of the Church 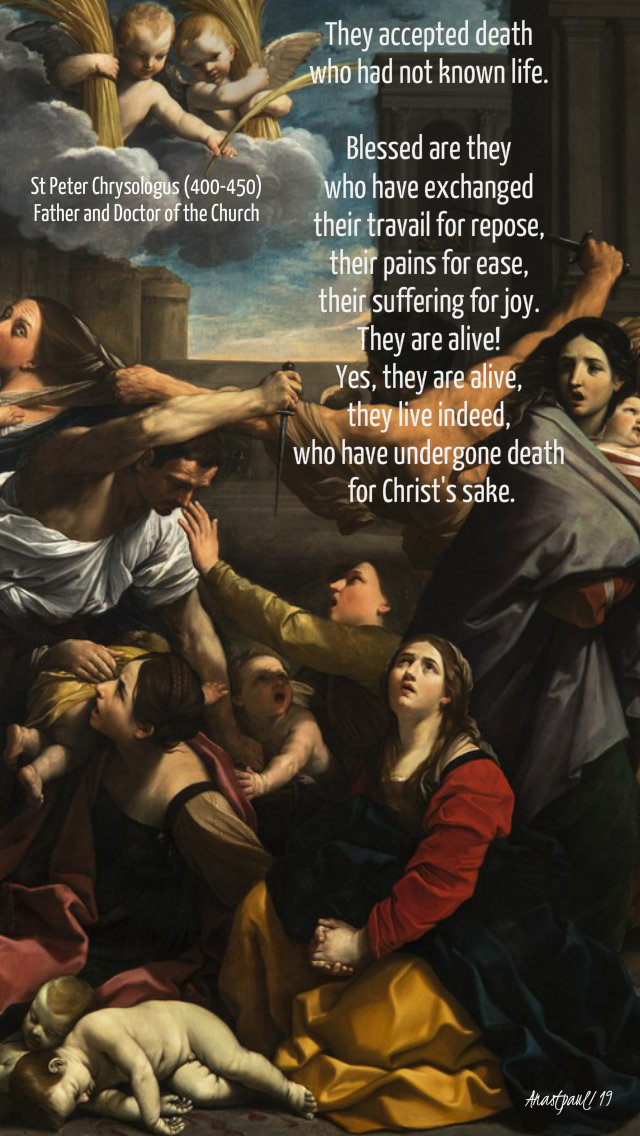 PRAYER – We praise you, O God, we acclaim you as Lord, the white-robed army of martyrs praise you. (from the Te Deum). 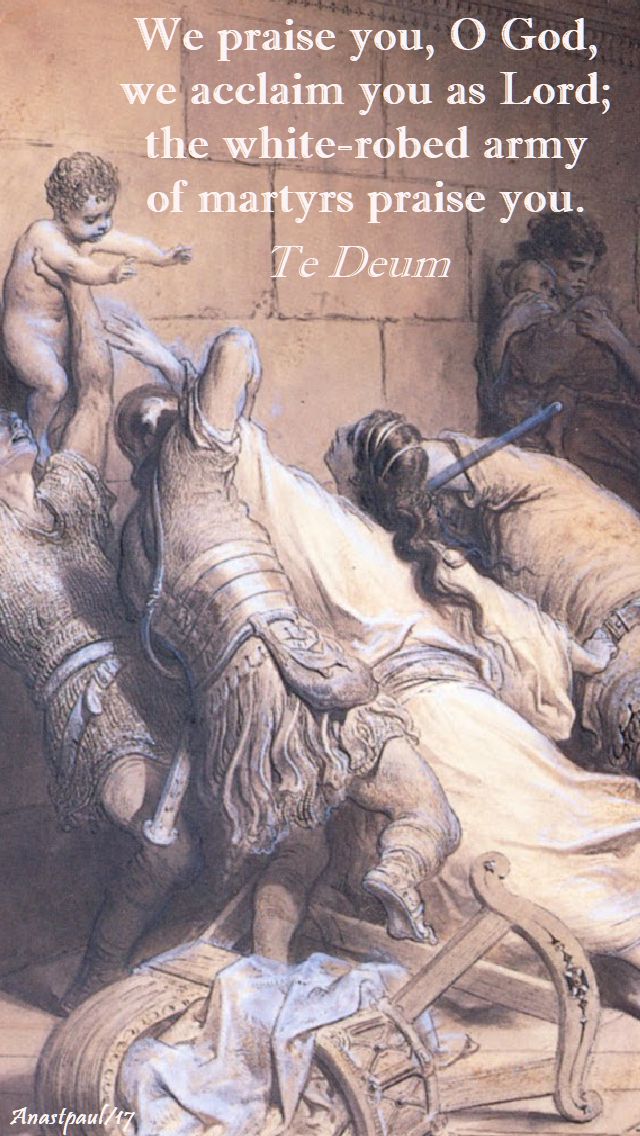 2 thoughts on “One Minute Reflection – 28 December – They are alive! ”