Saint of the Day – 21 January – Blessed Josefa María Inés de Benigánim OAD (1625–1696) born as Josefa María Albiñana Gomar on 9 February 1625 at Benigánim, Valencia, Spain and died on 21 January 1696 at Benigánim, Valencia, Spain of natural causes.   She was a Spanish Roman Catholic professed religious of the Discalced Augustinian Nuns with the religious name of “Josefa María of Saint Agnes,” Virgin, Mystic, gifted with the charism of prophecy and counsel.   She became known for her profound spiritual and theological insight as well as for her severe austerities she practised during her life.   Her body is incorrupt. 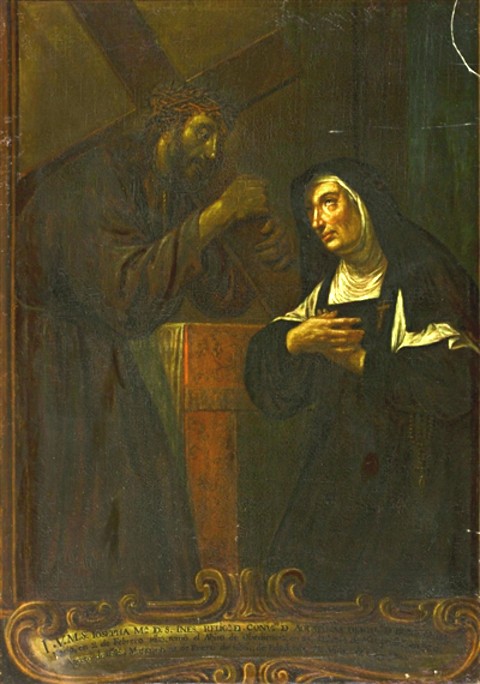 Josefa María was born to the poor Lluís Albiñana and Vicenta Gomar in Spain in 1625. Her father died during her childhood.  The town mayor – her uncle Bartomeu Tudela – aided the family following the death of her father; she also suffered from epilepsy during her childhood.   She received her Confirmation at the age of eight.

At the age of 13-14, she went out to the river to wash clothes and had a vision of Jesus Christ who called her to embrace Him and seek the religious life.   She refused a marriage offer to do this – though the enraged suitor killed himself.

She entered the Discalced Augustinian convent in her hometown on 25 October 1643 and assumed her religious name – that of “Josefa María of Saint Agnes” – upon the profession of her vows and vesting in the habit on 26 June 1644; she made her solemn profession on 27 August 1645.   Blessed Josefa began to practice severe austerities that characterised her life and her time amongst her fellow religious. 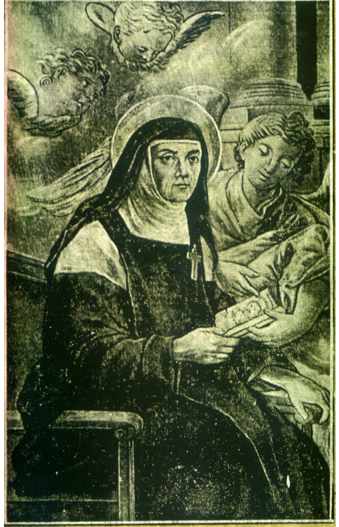 She became known for prophetic gifts, which prompted people to consult her for her spiritual insights.   Though her formal education was minimal, her gifts of counsel and theological understanding were very evident, to the extent that she was admitted among the choir sisters in 1663 and was consulted for spiritual guidance and clarification on theological issues.

All of Josefa’s religious life was marked by the workings of grace.   While her demeanour was simple and humble and her efforts dedicated to the service of the community, she possessed a remarkable spirit of contemplation.

Blessed Josefa died in 1696 – on the feast of Saint Agnes – after having received the sacraments for the last time.   Her remains are incorrupt and in the Spanish Civil War her tomb was desecrated though later restored.

After the investigations and approval of two miracles, Blessed Josefa was Beatified on 26 February 1888, at Saint Peter’s Basilica by Pope Leo XIII.