Blessed Bertold was born in France, the son of a Count.   He excelled at his studies and was Ordained a Priest.   Berthold’s brother, Aymeric, became the Latin Patriarch of Antioch.   The two joined together to participate in a Crusade to the Holy Land.

While in the Holy Land, Berthold travelled to Mount Carmel and built a Monastery and Church dedicated to the Prophet Elijah.   His reputation for holiness spread, other hermits were attracted to the area, including Saint Brocard.   Many hermits who were scattered throughout Palestine, followed Bl Bertold and came to live together in imitation of the life of the great prophet as recorded in the Old Testament.

Aymeric appointed Berthold the first Superior and he lived with his community at Mount Carmel for 45 years until his death in 1195.   Later the community became known as the Hermit Brothers of St Mary of Mount Carmel.

It was the life and work of Bl Berthold that laid the foundation for the Carmelite Order, which, in 1206 received a written rule from St Albert of Jerusalem, whose rule was approved by Pope Honorius III in 1226.   In the same century, some members moved to Europe and established similar groups from Sicily to Oxford.

Carmelites returned to Mount Carmel in 1631 and finally completed the Stella Maris Monastery in the 18th century.   Its stout walls and small openings reflect the need for defence against hostilities during its establishment.

Later a lighthouse was built, giving a further meaning to the title Stella Maris.   Because of its commanding position, the lighthouse has been commandeered as a military establishment.

Inside the church, the décor features vividly coloured Italian marble and dramatic paintings in the dome, one depicting Elijah being swept up to heaven in a fiery chariot.   A cedar and porcelain statue of Mary, Our Lady of Mount Carmel, is above the altar.  Steps lead down to a grotto, with a small altar, where the Prophet Elijah is believed to have occasionally lived.   People have lived in caves on Mount Carmel since prehistoric times. 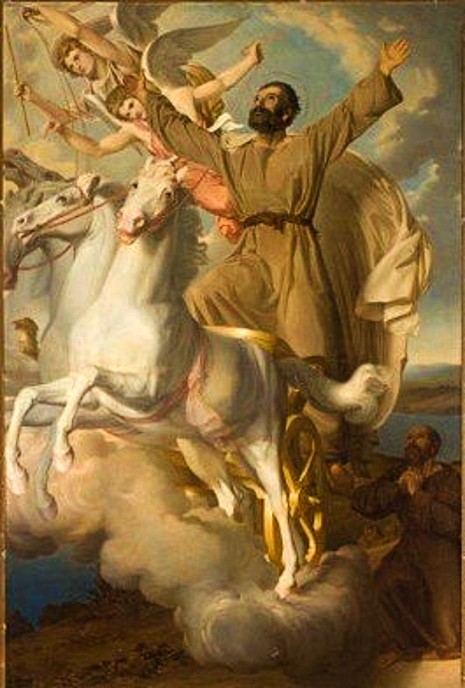