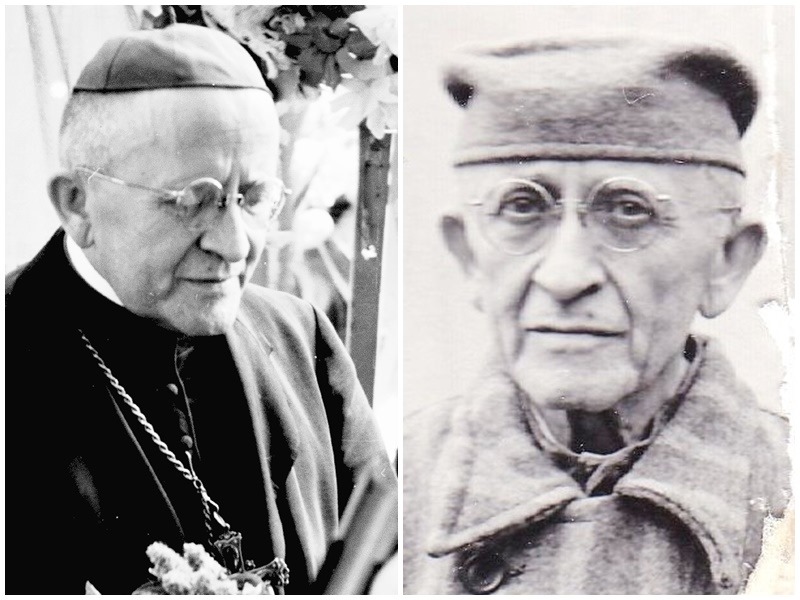 Alexandru Rusu was one of twelve children born to a Priest in Șăulia Commune, Mureş County.   He was the first Bishop of the Greek-Catholic Diocese of Maramureş and after the Church’s leadership fell vacant in 1941, he was chosen its new head (Major Archbishop of Fagaraş and Alba Iulia) in 1946, a decision approved by the Holy See but not by the Communist-dominated Petru Groza government.

He studied in Bistrita, Targu Mures, Bla and Budapest where he obtained his Doctorate in Theology.   On 20 July 1910, he was Ordained a Priest.   He was a Professor at Blaj, a Metropolitan Secretary, a Canonist and Rector of the Seminary in Blaj.   From 1931, after being installed as first Bishop of Maramures he was a senator in the Romanian Parliament. 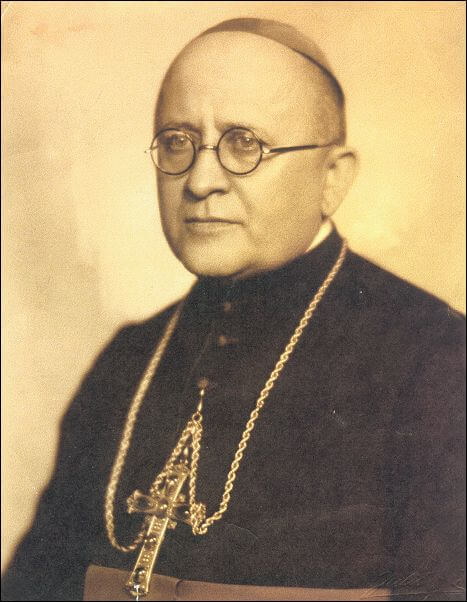 For defying the anti–Christian authorities, Bishop Alexandru was arrested on 28 October 1948 and imprisoned firstly in monasteries and he was then sent to Sighet prison.   He was finally “tried” by a military tribunal in 1957 who found him guilty of treason for remaining faithful to the Catholic Church and sentenced him to 25 years in prison (he had already been imprisoned for 9 years when this so-called trial took place).   He was sent to Gherla prison where he died due to the inhuman conditions.   Bishop Rusu was buried in the prison cemetery without any religious rite.

Bl Alexandru was Beatified on 2 June 2019 by Pope Francis in Romania along with 6 other Bishop Martyrs.   Declaring their Beatification, Pope Francis said the seven martyred Greek-Catholic Bishops gave their lives for fidelity to the Church and in defence of the right to freedom of religion.

“The new blesseds endured suffering and gave their lives to oppose an illiberal ideological system that oppressed the fundamental rights of the human person. … With great courage and interior fortitude, they accepted harsh imprisonment and every kind of mistreatment, in order not to deny their fidelity to their beloved Church,” the pope said, adding that “in the face of fierce opposition from the regime, they demonstrated an exemplary faith and love for their people.”

Today, Catholics make up less than 6% of the population of Romania, which is a majority of Orthodox Christians.   Most of the Catholics in the country are of the Latin rite and come from Romanian, Hungarian and German language and ethnic groups.

The Romanian Greek-Catholic Church, to which the new Blesseds belonged, is a Byzantine rite Church in communion with the Holy See.