The Abbot Orsini wrote of this feast day: “It is related, that every year, on the day of the Annunciation, three lights were seen of a blue colour, which shone through the glass windows of this Church at Olion in Catalonia, lighted the lamps and wax candles and immediately disappeared.”

There is a legend that at Olion, in Catalonia, Spain, Our Lady was once venerated under the title of Our Lady of Castelbruedo, or Nuestra Senora de Castelbruedo. The lamps and the wax candles of the Church were likewise lit by invisible hands on the Solemniy of the Annunciation and all disappeared three days after the feast, on the twenty-eighth of March. Despite all subsequent investigations, the lights and their extinguishing, could not be accounted for but it was universally believed, that all this was all to honour Our Lady and the great feast of the announcement of Our Lord’s incarnation.
The Church at Olion referred to by the good Abbot, must be one that was once located in Oliana, Spain and not Olion, as it appears. For there is no longer any such City in Spain. Oliana is in Catalonia and is a very small municipality of a few hundred inhabitants in the Sergre valley just below the Oliana reservoir. There is no Catholic Church there any longer, however and the only Church anywhere nearby, is the Church of St Clement near Coll de Nargo, which appears to be about 6 miles away. It dates from the 11th century but looks as if it is little more than an abandoned structure in our day. The region is popular now with those involved in rock-climbing.
I can find no further information about this site. If anyone has any information on this Marian title, please forward it to me for inclusion on this website and for the edification of all Catholics.
__
St Alkelda of Middleham
Blessed Antonio Patrizi OSA (c 1280-1311) Priest
St Castor of Tarsus
Bl Christopher Wharton
Blessed Conon of Naso (1139-1236)
His Life:
https://anastpaul.com/2020/03/28/saint-of-the-day-28-march-blessed-conon-of-naso-1139-1236/
St Cyril the Deacon
Bl Dedë Maçaj
St Donal O’NeylaC
St Dorotheus of Tarsus
St Gundelindis of Niedermünster
St Guntramnus
St Hesychius of Jerusalem
St Hilarion of Pelecete
Bl Jean-Baptiste Malo
Bl Jeanne Marie de Maille
St Proterius of Alexandria
Bl Renée-Marie Feillatreau épouse Dumont
St Rogatus the Martyr
St Successus the Martyr
St Tutilo of Saint-Gall
Blessed Venturino of Bergamo OP (1304-1346)
Biography:
https://anastpaul.com/2019/03/28/saint-of-the-day-28-march-blessed-venturino-of-bergamo-op-1304-1346/ 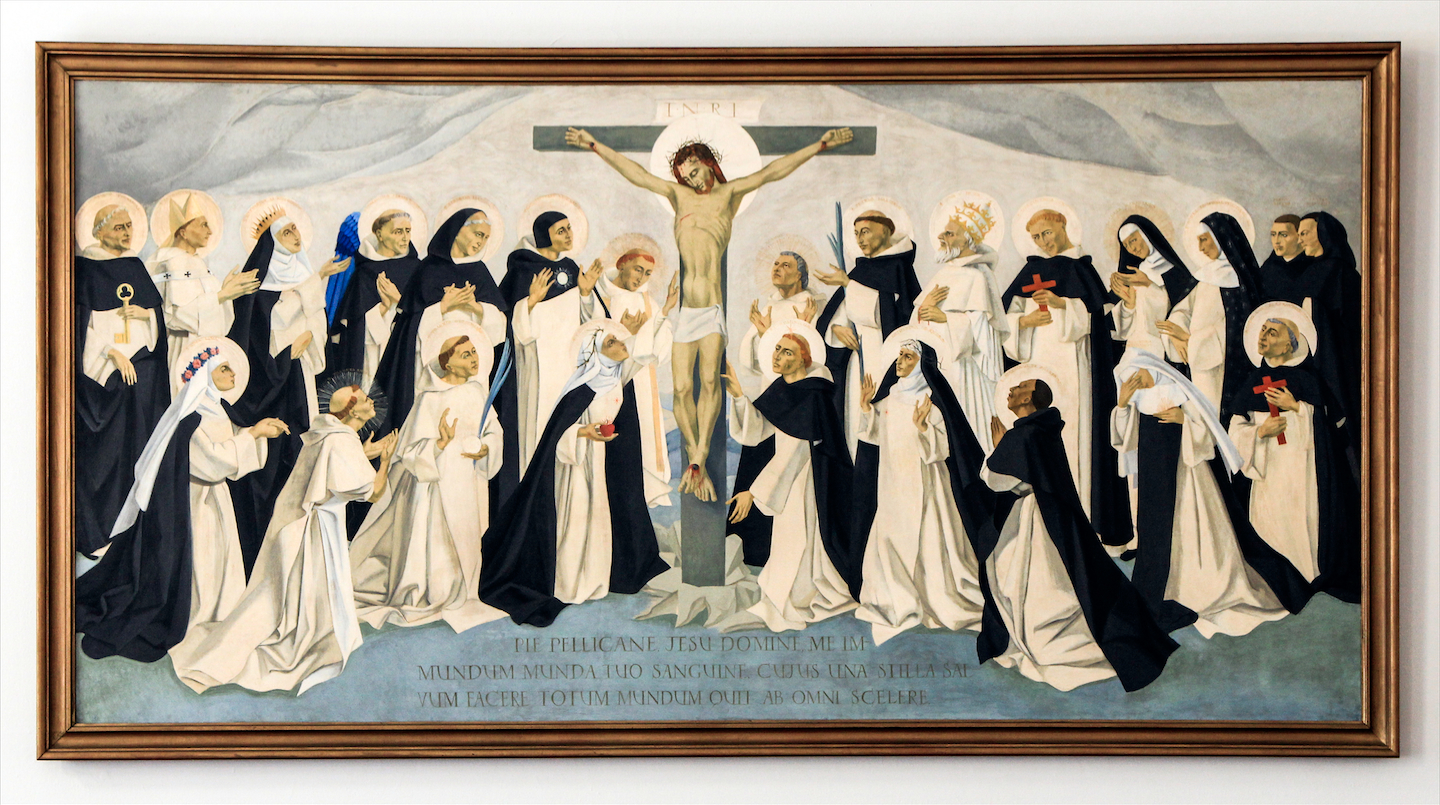 He was born at Bergamo and received the habit of the Order of Friars Preachers at the convent of St Stephen, Bergamo, on 22 January 1319.

His rich spiritual life, given expression in his treatise De profectu spirituali, suggests the mystical idea of penance propagated by Saint Vincent Ferrer OP.   He founded the Convent of nuns, St Mary’s in Bergamo.   From 1328 to 1335 he soon distinguished himself as a brilliant preacher, attracting huge crowds throughout northern Italy.

In February 1335, he planned to make a penitential pilgrimage to Rome with about thirty thousand of his converts.   His purpose was misunderstood and Pope Benedict XII, then residing at Avignon, thought that Venturino wished to make himself pope  . He wrote letters to Giovanni Pagnotti, Bishop of Anagni, his spiritual vicar, to the Canons of St Peter’s and St John Lateran’s and to the Roman senators empowering them to stop the pilgrimage.

This complaint to the Dominican Master General resulted in an ordinance of the Chapter of London (1335) condemning such pilgrimages.   The pope’s letters and commands, however, did not reach Venturino and he arrived in Rome on 21 March 1335.   He was well received and preached in various churches.   Twelve days later he left Rome, as the news of the Ordinance of the Dominican Master General and the Pope had reached him and the pilgrimage ended.

In June, he requested an audience with Benedict XII at Avignon, in order to explain the intentions of the pilgrimage but he was seized and cast into prison (1335–43), where he was kept for eight years!   He was restored to favour by Pope Clement VI, who appointed him to preach a crusade against the Turks on 4 January 1344.    His success was remarkable.   He urged the pope to appoint Humbert II of Dauphiné, whose friend and spiritual adviser he had been, leader of the crusade, but Humbert proved incapable and the crusade came to nothing.

Venturino’s writings consist of sermons (now lost) and letters.   He died at Smyrna and although called “Blessed” he was never formally Beatified.

P.S.  The only image available is NOT Blessed Venturino but is, in fact, St Raymond of Pennafort.