Our Lady, Help of Christians/Auxilium Christianorum
About this Marian Feast: https://anastpaul.wordpress.com/2018/05/24/feast-of-our-lady-help-of-christians-24-may/

St David, King of Scotland (1085-1183) King David was a social and religious Reformer, a man of great administrative skills, apostle of charity and of holy piety. He transformed his Kingdom by the widespread introduction of Catholic Churches and Monasteries, thus also assisting in the international diplomatic influence of his country, it’s farming and agricultural wealth and it’s education. He was the main force and instrument of God in Christianising Scotland.
St David’s life:
https://anastpaul.com/2020/05/24/saint-of-the-day-24-may-st-david-king-of-scotland-1085-1183/

St Susanna Martyr (Died 2nd Century) One of a group of wives of 2nd century Martyred soldiers under the command of Saint Meletius. Following the death of the soldiers, the wives and children were Martyred, as well.

Martyrs of Istria: A group of early Martyrs in the Istria peninsula. We know little more than some names – Diocles, Felix, Servilius, Silvanus and Zoëllus.

Martyrs of Plovdiv: 38 Christians Martyred together in the persecutions of Diocletian and Maximian. We don’t even known their names. They were beheaded in Plovdiv, Bulgaria.

Saint of the Day – 24 May – St David, King of Scotland (1085-1183) King of Scotland from 1124 to 1153 – born as Dabíd mac Maíl Choluim in 1085 and died on 24 May 1183 in Carlisle, Scotland of natural causes.   King David was a social and religious Reformer, a man of great administrative skills, apostle of charity and of holy piety.   He transformed his Kingdom by the widespread introduction of Catholic Churches and Monasteries, thus also assisting in the international diplomatic influence of his country, it’s farming and agricultural wealth and it’s education.   He was the main force and instrument of God in Christianising Scotland.   Patronage – Scotland and various Dioceses and Churches there.

St David was the youngest son of King Malcolm III of Scotland and his wife Margaret who is herself a Saint.  Although David spent most of his childhood in Scotland, he was educated for some years at the Anglo-Norman court in England.   When his brother Alexander acceded to the throne of Scotland in 1107, David became Prince of Cumbria. He married Matilda, daughter of Waldef, Earl of Northampton and Huntingdon and thus became an English Earl.   As Prince of Cumbria he was entitled to an inheritance in southern Scotland.

Upon Alexander’s death, David reluctantly became King of Scots in 1124.   He brought with him many knights and courtiers from Norman England, many of whom became the future aristocrats and even Kings of Scotland including Bruce, Balliol and FitzAlan, who later became the Stewart kings.

King David oversaw the continuing development of the Scottish state and the organisation of Christianity within it.   He established the Royal cities of Edinburgh, Berwick, Roxburgh, Stirling and perhaps Perth and founded Diocese at Brechin, Dunblane, Caithness, Ross and Aberdeen.   He founded and endowed numerous Monasteries.   Among them were the Cistercian Houses of Melrose, Kinloss, Newbattle and Dundrennan and Holyrood itself for Augustinian canons as well as the Benedictines at Dunfermline.   This period in Scottish history has become known as the “Davidian Revolution.”

Not only were such Monasteries an expression of David’s undoubted piety but they also functioned to transform Scottish society.   Monasteries became centres of foreign influence and provided sources of literate men, able to serve the crown’s growing administrative needs.   These new Monasteries and the Cistercian ones in particular, introduced new agricultural practices.   Cistercian labour, for instance, transformed southern Scotland into one of northern Europe’s most important sources of sheep wool.

When Queen Matilda died, he gave even more attention to religious matters, reciting the Divine Office himself each day and devoting himself to almsgiving and other works of charity.   In all he exercised a wholly civilising influence upon his family and upon the nation. 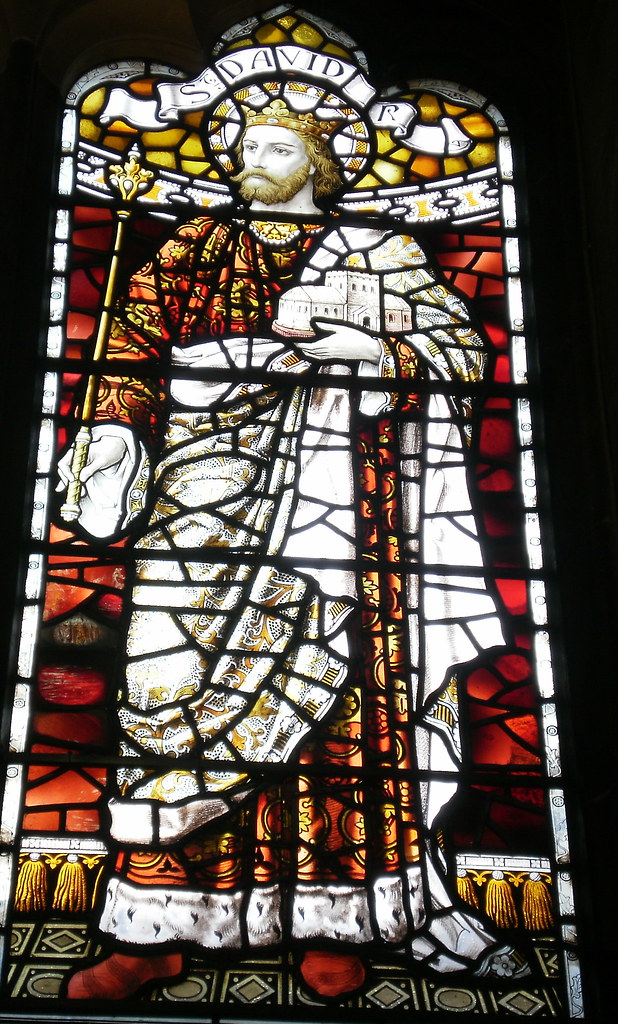 Perhaps the greatest blow to David’s plans came on 12 July 1152 when Henry, Earl of Northumberland, David’s only son and heir, died. David had under a year to live and he may have known that he was not going to be alive much longer.   David quickly arranged for his grandson, Malcolm IV, to be made his successor and for his younger grandson William to be made Earl of Northumberland.   The 11 year-old Malcolm around Scotland-proper on a tour to meet and gain the homage of his future Gaelic subjects.

St Ælred of Rievaulx (1110-1167) (his life here:  https://anastpaul.com/2018/01/12/saint-of-the-day-12-january-st-aelred-of-rievaulx-1110-1167-saint-bernard-of-the-north/) who was, in his earlier years, master of the household to David with whom he kept up a close friendship with the King, gives a circumstantial account of David’s death at Carlisle on 24 May 1153.   On the Friday he was anointed and given Viaticum and then spent much time in praying psalms with his attendants.   On Saturday they urged him to rest but he replied,  “Let me rather think about the things of God, so that my spirit may set out strengthened on its journey from exile to home.   When I stand before God’s tremendous judgement-seat, you will not be able to answer for me or defend me, no-one will be able to deliver me from His hand.”  And so, he continued to pray and at dawn of Sunday, he passed away peacefully as if he slept.   St David had helped to endow Dunfermline Abbey, founded by his father and mother and he had peopled it with Benedictine monks from Canterbury.   There he was buried and at his shrine, his memory was venerated until the Reformation.

After the King’s death, St Ælred delivered the eulogy at the Requiem Mass, praising Saint David’s reluctance to become king, his sense of justice and his accessibility to everyone, his efforts to maintain concord among the clergy, of his personal piety and in general, of the great work he did for the consolidation of the Kingdom of Scotland.

Ælred’s only criticism was of his failure to control the savagery and rapacity of his troops when he invaded England, on behalf of his niece Matilda, against Stephen.   For this, David was very contrite and is said to have looked on his defeat at the Battle of the Standard and the early death of his only son, as just retribution therefor.

The Solemnity of the Ascension of the Lord +2020 (in some countries today, in the USA and elsewhere Ascension was celebrated on Thursday 21 May).
OR The Seventh Sunday of Easter +2020

St Augustine on the Ascension of the Lord:
https://anastpaul.com/2018/05/13/13-may-the-solemnity-of-the-ascension-of-the-lord/

Our Lady, Help of Christians/Auxilium Christianorum
About this Marian feast: https://anastpaul.wordpress.com/2018/05/24/feast-of-our-lady-help-of-christians-24-may/ 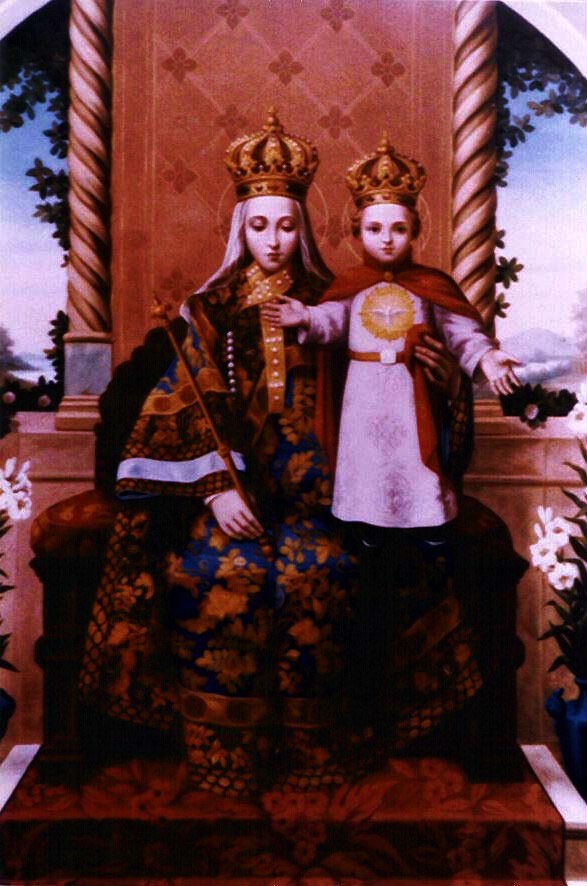 
Martyrs of Plovdiv: 38 Christians martyred together in the persecutions of Diocletian and Maximian. We don’t even known their names. They were beheaded in Plovdiv, Bulgaria.