Saint of the Day – 2 November – Blessed Pius of St Aloysius CP (1868-1889) Passionist Religious – born on 29 April 1868 in Trebbio di Possio Berni, Rimini, Italy as Luigi Campidello and died on 2 November 1889 in San Vito di Romagna, Forlì, Italy of tuberculosis, aged 21.   Patronages – youth and Passionist seminarians.   Blessed Pius died before he could receive his ordination to the priesthood but in his short life managed to inspire all those who encountered him by his strong dedication to his order’s charism and his deep faith.   His body is incorrupt. 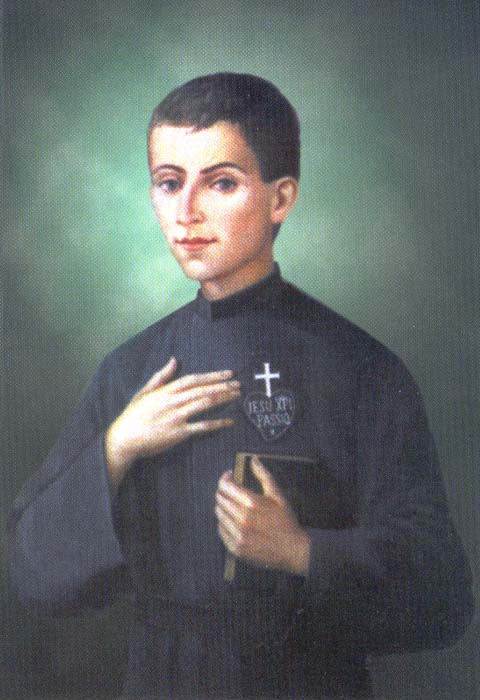 Luigi Campidelli was born to an impoverished farmers on 29 April 1868 as the fourth of six children to Giuseppe Campidelli and Filomena Belpani.   He was baptised as “Luigi Nazreno Francesco”.   His parents nicknamed him “Gigino”.   His father caught typhoid in 1874 and soon died which left his widow and children destitute but an uncle came to their aid to help manage their farm.

He received his Confirmation on 9 February 1873 from the Bishop of Rimini, Luigi Poggi and in 1875 enrolled in the private school at Trebbio di Poggio Berni before making his First Communion in 1878.   In his schooling he was admired as a good student and devout child and in his teens became more active in the life of his local parish.   He was known throughout the neighbourhood as a pious and sincere child, with an unwavering allegiance to Pope Pius IX, whom he felt was going through terrible trials due to the loss of the Papal States in 1870.   He also taught other children catechism.   He encountered the Passionists in 1880 and knew at once that he wanted to join them.

From this time on he was a frequent visitor to the Santuario della Madonna di Casale and was soon invited to enter their novitiate.   He entered on  on 2 May 1882.   On 27 May 1883 he was clothed in the Passionist habit and he received the religious name of “Pius of Saint Aloysius”.   His was transferred to Viterbo in January 1883 where he continued his theological and philosophical studies.   On 30 April 1884 he made his vows and then received the minor orders at the Sant’Eutizio convent in Viterbo.   In 1888 he began to manifest the first sings of turberculosis and became progressively worse throughout 1889.

He died on 2 November 1889 at 10:30pm.   His remains were buried in San Vito di Romagna and then on 6 May 1923 they were moved to the Santuario della Madonna di Casale.   His body was exhumed on 17 June 1985 for canonical inspection as part of the Beatification process and was found to be incorrupt.