“It follows from the doctrine of St Thomas Aquinas that modesty has two aspects – internal and external.

The former, which is the foundation of the latter, consists in a firm resolution, relying on divine grace, of preserving constant self-control, so that it will be impossible, to think or do, anything contrary to the law of God.
Since everything in us will be directed towards God, it will be impossible for us to be led astray, through the lower impulses of the flesh, or through the external appearances of persons and objects surrounding us.
Once the virtue of modesty has been perfectly developed, the control which we exercise over our interior faculties, will be reflected in our external behaviour.
The outward expression is the necessary complement of interior modesty.

Let us examine ourselves and see if we are really modest, both internally and externally, for this lovely virtue, is the most solid foundation and the best safeguard of sanctity.”

Francisco Luis Febres-Cordero y Muñoz (7 November 1854 – 9 February 1910) , known as Saint Miguel Febres Cordero and more popularly as Brother Miguel.   He became a professed member of the Brothers of the Christian Schools, colloquially known as the La Salle Brothers.   He assumed the name Miguel upon his admittance into the order.   He resided in his native home of Ecuador for almost four decades where he promoted education and evangelisation before he relocated to Spain where he continued to perform his duties for his order.   He also became a prolific writer and penned various manuals and poems and hymns amongst other publications.   Pope Paul VI beatified him on 30 October 1977 and Pope John Paul II canonised him almost a decade later on 21 October 1984 as the first Ecuadorian saint.   He remains a national hero in his native land and his tomb has become a site of pilgrimage.

How would you like to have a teacher who was described like this:  he was kind to everyone and treated all of his students, rich or poor, the same.   He liked to be with the students and they liked to be with him.   All of the children in the school loved him.   That is exactly what a saint said about today’s saint.

Miguel was born in Ecuador where his family was influential in politics.   As a child, he suffered from a disability that kept him from standing and walking like other children.   He could not stand alone until he was five years old, when it was said he experienced a vision of Our Lady.    Miguel was educated at home until he was 14, then went to school taught by the Christian Brothers.   He was a gifted student and when he was only 17, he published the first of many books, a textbook on Spanish grammar.

He joined the Christian Brothers and was a teacher for 32 years in Ecuador.   As a teacher he was always looking for new ways to present the material.   He wanted to make the lessons and work more pleasant for students.   He laughed with his students and was understanding and patient.

Brother Miguel continued writing and his scholarly works in literature earned him academic honours in South America and Europe.   But Brother Miguel did not think he was very important.   He thought the most important ones were his students. 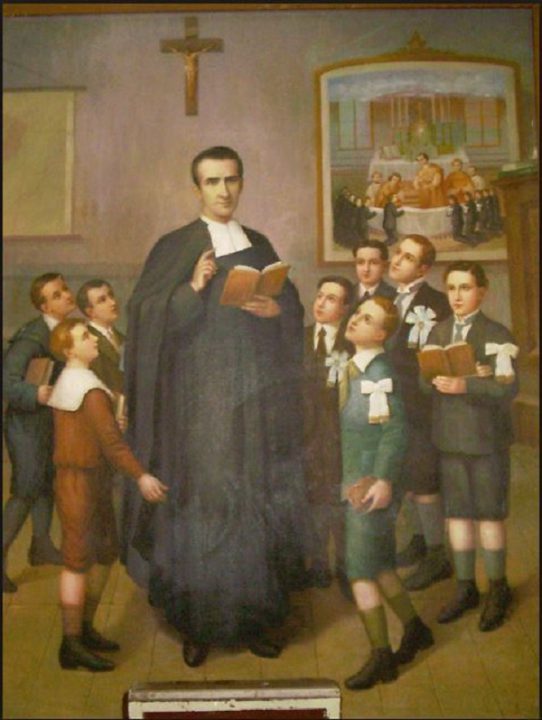 In 1907, Miguel was called to the Motherhouse in Belgium to translate some books.   On the way he stopped for a short visit in New York City.   From Belgium he went to a school in Spain where young men were preparing to become Christian Brothers.   In 1909, during the Spanish Revolution, the school came under attack.   Brother Miguel took the Blessed Sacrament from the chapel and led the novices across the bay to safety in Barcelona.   He died of pneumonia a year later.   He laid to rest in Ecuador and the people welcomed him home with a great procession through the streets of Quito, Ecuador.   He is, a national hero and an extremely busy saint, answering the prayers of many. 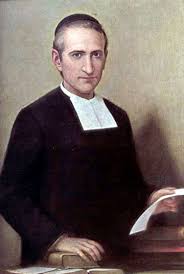