Both the Saints whose Memorials we celebrate today, lived their lives as simple porters, gardeners and the like.   But they both lived their lives in total charity and love of God.    And they are both saints.   They fulfilled their tasks with love and utter commitment to God their Father.   And through their faithfulness to these little things, God rewarded them with great things.

Since God through the Holy Spirit is the giver of charity and since true charity is beyond the capacity of human nature left to its own devices, God can give it without reference to natural gifts like intelligence.   And this seems true in the case of the uncharitable:  there are plenty of examples of intelligent people who lack charity—the “evil genius” is a standard literary character for a reason.   (Br. Bonaventure Chapman, OP)  But today also offers us a positive example of two men graced with charity which is love and is not love both question and answer and the new commandment given us.   What more is needed by the grace of God?

St André Bessette and St Charles of Sezze, Pray for us! 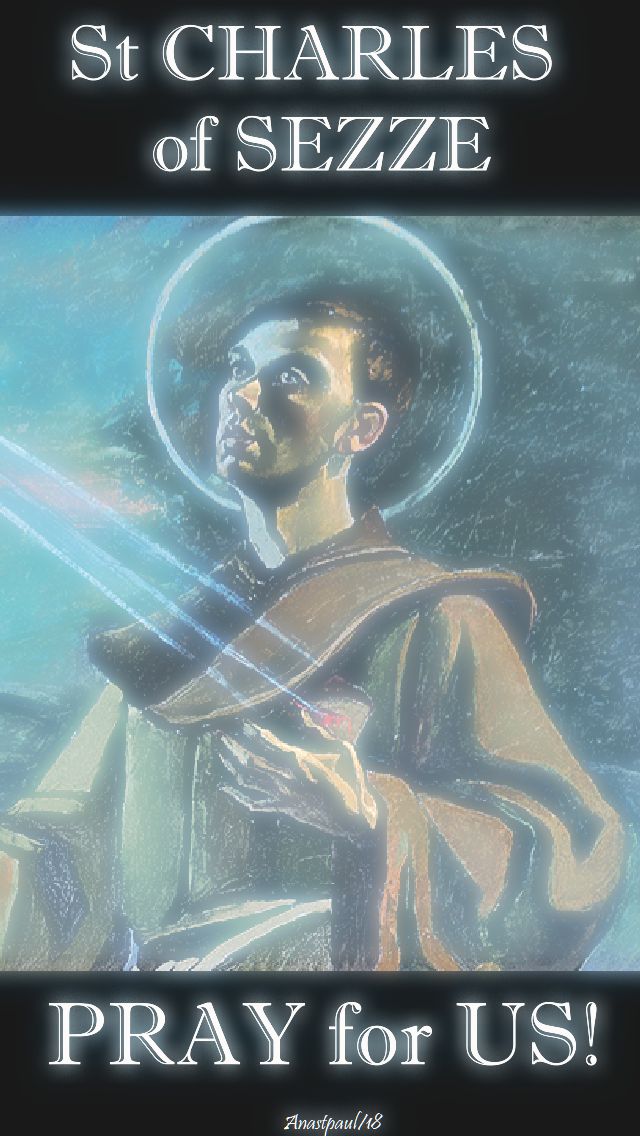 “It is with the smallest brushes
that the Artist paints
the best paintings.”

“There is so little distance
between heaven and earth
that God always hears us.
Nothing but a thin veil
separates us from God.”

“When you say to God, ‘our Father’,
He has His ear right next to your lips.” 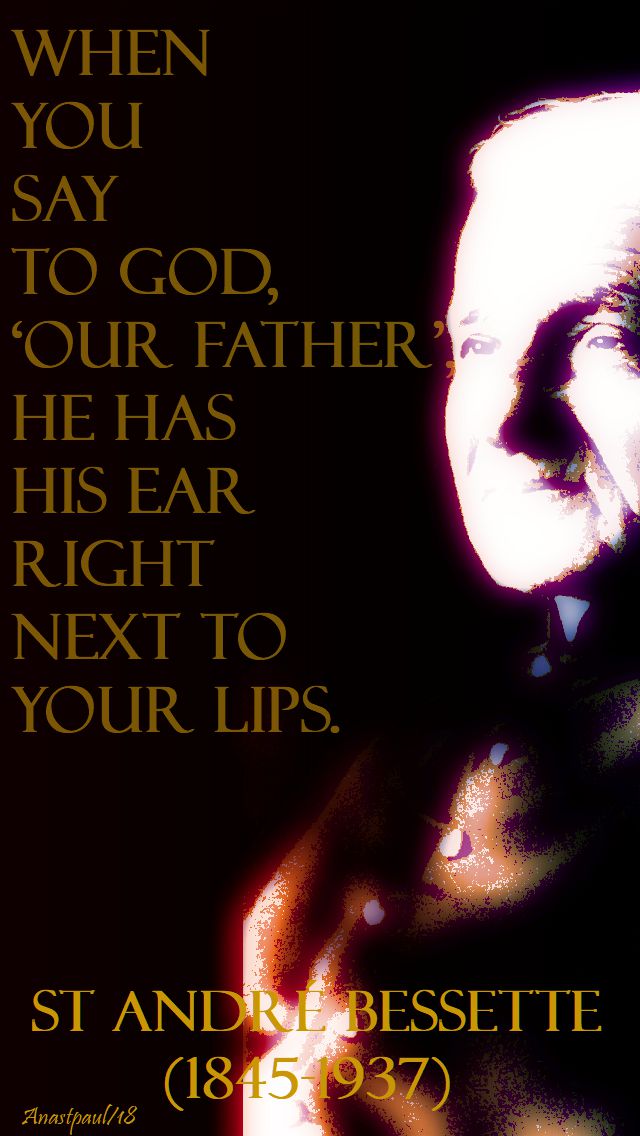 When Joseph awoke, he did as the angel of the Lord had commanded him and took his wife into his home…..Matthew 1:24

REFLECTION – “When you invoke St Joseph, you don’t have to say much.
Say, “if you were in my place, St Joseph, what would you do? Well, pray for this on my behalf.”……..St André Bessette

PRAYER – Heavenly Father, You constantly provide us with examples of holy life. St André Bessette and St Charles of Sezze were both wonderful examples of service, as was St André’s  hero, the Foster Father of Your Divine Son, St Joseph.   May they be intercessors and examples to me, to give to You my all.   St André Bessette, St Charles of Sezze and St Joseph. Pray for us, amen! 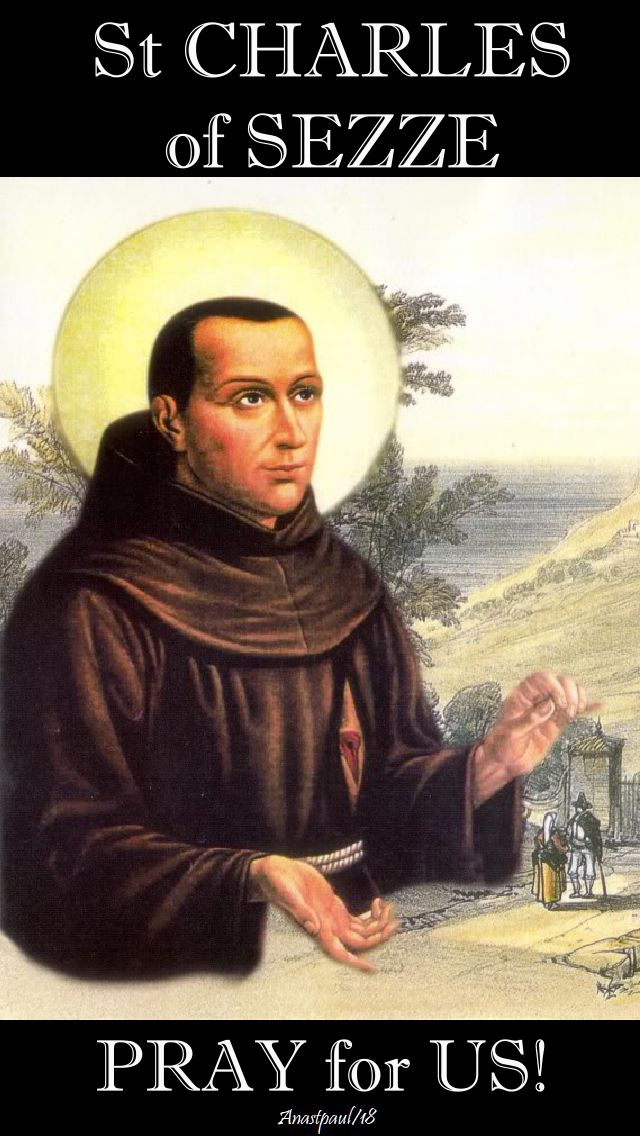 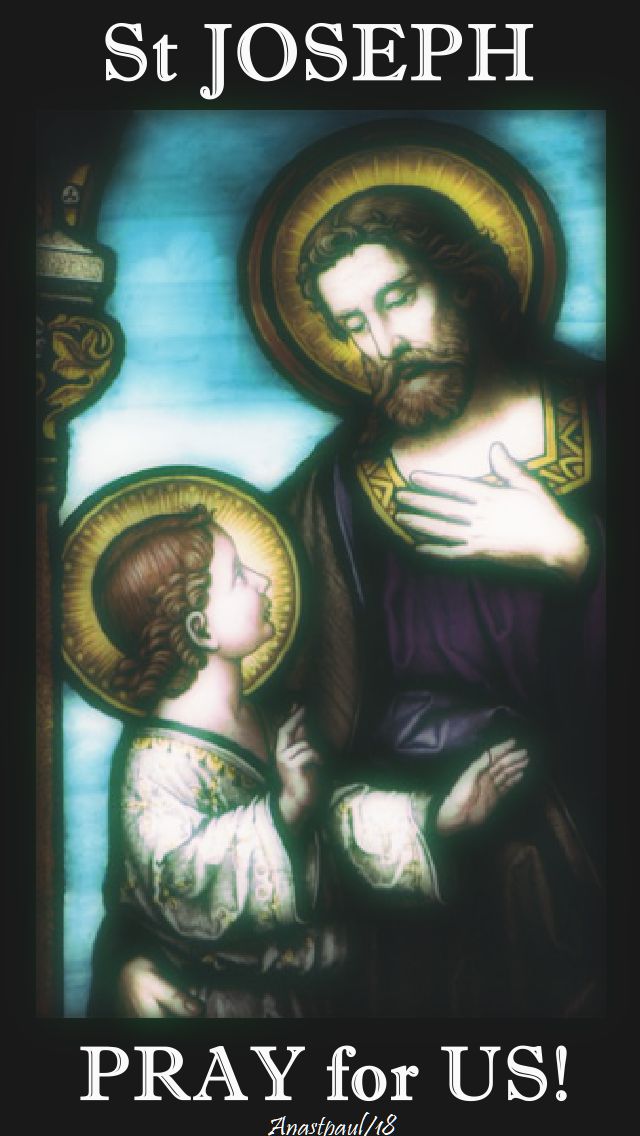 Our Morning Offering – 6 January – Month of the Most Holy Name

Saint of the Day – 6 January – St Charles of Sezze O.F.M. (1613-1670) Stigmatist, Religious Friar, Mystic, Writer, Advisor.   St Charles was born on 19 October 1613 at Sezze, Roman Campagna, Italy as  Giancarlo Marchioni – 6 January 1670 at San Francesco a Ripa, Rome, Italy of natural causes.   His body is entombed at the Church of Saint Francis in Rome.   He became a religious despite the opposition of his parents who wanted him to become a priest and he led an austere life doing menial tasks such as acting as a porter and gardener;   he was also a noted writer.   St Charles was held in high esteem across the Lazio region with noble families like the Colonna and Orsini praising him and seeking his counsel as did popes such as Innocent X and Clement IX.   His beatification was celebrated in 1882 while Pope Pius XII approved his canonisation in 1958; but the pope died before he could canonise the friar so his successor Pope John XXIII did so on 12 April 1959.   His body is incorrupt.

Giancarlo Marchioni was born in Sezze on 19 October 1613 to the poor farmers Ruggero Marchioni and Antonia Maccione.   His baptism was celebrated on 22 October 1613.  His mother – when he was a toddler – liked to dress him in a dark tunic with a cord and hood in honour of friars Saint Francis of Assisi and Saint Anthony of Padua and she kept this ‘habit’ even after he outgrew it.

His maternal grandmother Valenza Pilorci instilled devout practices and other religious values within him in his childhood.   He worked on the farm as a shepherd to help his parents with the exhaustive workload and liked to plough in the fields because he liked the oxen.   He made a private vow to remain chaste in 1630 and in 1633 fell ill to the point of near death that he pledged to join the Order of Friars Minor if he were to be healed of his ailment.   His parents encouraged his call to become a priest but was a poor student and could not read or write much so there was no hope he would excel in advanced studies.

He felt a desire to serve in the missions in India and later became inspired from the lives of Saints Pascal Baylon and Salvador of Horta – who were both professed religious. Marchioni was admitted into the order at the San Francesco convent in 1635 at Nazzano; he received the habit of the order on 18 May 1635.   He later recounted that he did so out of a desire to live a poor life and to beg alms “for the love of Christ”.   He again set his heart on the missions but poor health halted this dream.

He lived the life of a religious and never requested ordination to the priesthood despite the protests of his parents to do so.   He made his solemn profession into the order on 19 May 1636 into the hands of Father Angelo Maria and his religious name was “Cosmas” at first but his mother’s insistence saw it changed to “Carlo”.   He worked at a range of jobs in various friaries:  he cooked and served as a porter and also worked as both a sacristan and gardener;  he also went out into the streets as a beggar.   He was not qualified in all of them as he became notorious for setting the kitchen of one house on fire.   From 1640 to 1642 he was stationed at the convent of Saint John the Baptist at Piglio and at San Francesco at Castel Gandolfo.   In October 1648 he attended Mass at the church of San Giuseppe a Capo le Case and a beam of light emanated from an elevated Host that pierced his side and left a visible open wound at his side.

Though he was not a priest he was instructed to write the account of his life after his confessor requested it of him.   The result was “The Grandeurs of the Mercies of God” which was well-read;  he went on to write several other books.   Though he kept himself under the guidance of a spiritual director he himself – though not a priest – was often sought for spiritual advice and even Pope Innocent X and Alexander VII sought him out for advice.   In 1656 he tended to victims of cholera at Carpineto.   On 22 August 1664 he was at San Pietro in Montorio when he fell ill with malarial fever and so was taken to San Francesco a Ripa to recuperate;  he recovered on 30 August after bed rest was prescribed to him.   On 28 July 1665 he had a vision of Pope Saint Victor I and Saint Teresa of Ávila. 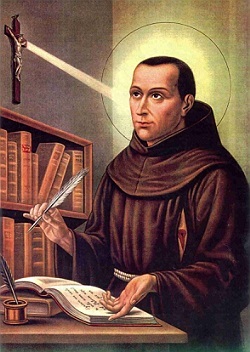 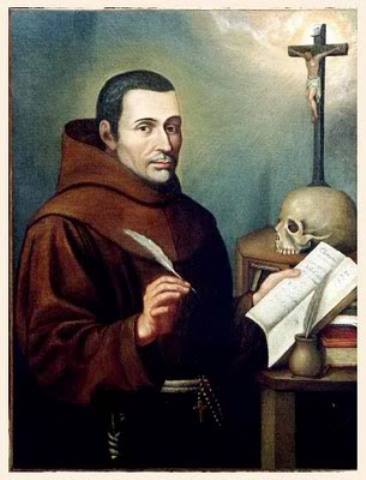 Pope Clement IX summoned him to his deathbed for comfort and a blessing not long before the two men died.   In the first week of December 1669 the pope summoned him but the friar was ill so was taken to the pope on a chair.   He greeted the pope: “Holy Father, how are you?” and the pope responded:  “As well as God wants me to be”.   Present in the room was Cardinal Giacomo Rospigliosi and the friar asked him to bless the pope with a special relic he carried but the pope wanted the frail friar to bless him and so he did.   Clement IX asked when the two would meet again and the friar told him it would be on the feast of the Epiphany to which those present thought the pope would get well and the two would meet in a month.   But the pope died on 9 December and people questioned how the friar was wrong though after the friar died on the Epiphany itself it was realised the pope would greet him as a friend in Heaven thus the two met again.

On 31 December 1669 he was forced to his bed due to pleurisy.    On 6 January 1670 he died in the convent attached to San Francesco a Ripa in Rome;  he was buried in that church.

The confirmation of his life of heroic virtue allowed for Pope Clement XIV to title the late Franciscan friar as Venerable on 14 June 1772 while the ratification of two miracles attributed to his intercession on 1 October 1881 allowed for Pope Leo XIII to preside over the beatification celebration on 22 January 1882 in Saint Peter’s Basilica. Pope Pius XII confirmed two additional miracles on 7 January 1958 but died before he could canonise the friar; Pope John XXIII canonised him on 12 April 1959 as a saint. 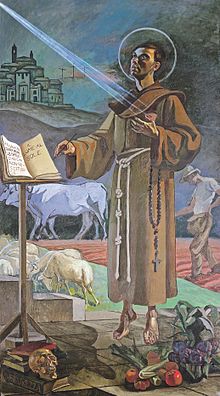 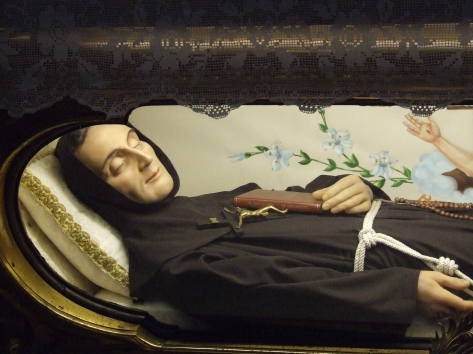 Martyrs of Sirmium – 8 saints: A group of Christians martyred together for their faith. The only surviving details are the names of eight of them – Anastasius VIII, Florianus, Florus, Jucundus, Peter, Ratites, Tatia and Tilis. 4th century at Syrmium, Pannonia (modern Sremska Mitrovica, Vojvodina, Serbia).