Saint of the Day – 20 March – St Jósef Bilczewski (1860-1923) Aged 62 – Archbishop of Lviv, Professor of Dogmatic Theology, Apostle of the Holy Eucharist, Marian devotion, the poor, the homeless, the needy, refugees, Social Reformer and Evangelist, Apostle of Catechesis both of the laity and of priests, Peace-maker. Patronages – Archdiocese of Lviv, Teachers, Wilamowice, Beggars, Homeless people.

Archbishop JOSEPH BILCZEWSKI was born on 26 April 1860 in Wilamowice near Kęty, in the present day Diocese of Bielsko Żywiec, then part of the Diocese of Krakow.   Having finished elementary school at Wilamowic and Kęty, he attended high school at Wadowice receiving his diploma in 1880.

On 6 July 1884 he was ordained a priest in Krakow by Cardinal Albino Dunajewski.   In 1886 he received a Doctorate in Theology from the University of Vienna.   Following advanced studies in Rome and Paris he passed the qualifying exam at the Jaghellonic University of Krakow.   The following year he became professor of Dogmatic Theology at the John Casimir University of Leopoli.   He also served as Dean of Theology for a period of time prior to becoming Rector of the University.   During his tenure at the University, he was appreciated as a professor by his students and also enjoyed the friendship and respect of his colleagues.   He arduously dedicated himself to scientific work and, despite his young age, acquired a reputation as a learned man.

His extraordinary intellectual and relational abilities were recognised by Francis Joseph, the Emperor of Austria, who presented Monsignor Joseph to the Holy Father as a candidate for the vacant Metropolitan See of Leopoli.   The Holy Father, Leo XIII responded positively to the Emperor’s proposal and on 17 December 1900 he named the forty year old Monsignor Joseph Bilczewski, Archbishop of Leopoli of the Latin Rite.

Given the complex social, economic, ethnic and religious situation, care for the large diocese required of the Bishop a deep commitment and called for great moral commitment, strong confidence in God and a faith enlivened by a continual contact in prayer with God.

Archbishop Joseph Bilczewski became known for his abundant goodness of heart, understanding, humility, piety, commitment to hard work and pastoral zeal which sprung from his immense love for God and neighbour.

Upon taking possession of the Archdiocese of Leopoli he spelled out very clearly his pastoral plan which can be summed up in his motto “totally sacrifice oneself for the Holy Church”.   Among other things he pointed out the need for the development of devotion to the Most Blessed Sacrament and frequent reception of Holy Communion.

A particular form of pastoral action of Archbishop Bilczewski were the pastoral letters and appeals addressed to the priests and the faithful of the Archdiocese.   In them he spoke of the problems of faith and morals of the time as well as of the most pressing issues of the social sphere.   He also explained devotion to the Eucharist and to the Sacred Heart in them and the importance of religious and moral formation of children and youth in the family and in school.   Above all, he took great care to cultivate many holy priestly vocations.   He saw the priest as first and foremost a teacher of faith and an instrument of Christ, a father for the rich as well as for the poor.   Taking the place of Christ on Earth, the priest was to be the minister of the Sacraments and for this reason his whole heart had to be dedicated to the celebration of the Eucharist, in order to be able to nourish the people of God with the body of Christ.

He often exhorted the priests to adoration of the most Blessed Sacrament.   In his pastoral letter devoted to the Eucharist he invited the priests to participate in the priestly associations – The Association for Perpetual Adoration of the Most Holy Sacrament and the Association of Aid to Poor Catholic Churches, whose goal was to rejuvenate the zeal of the priests themselves.   He also dedicated a great deal of care to the preparation of children and to full participation in the Mass, desiring that every Catechesis would lead children and youth to the Eucharist.

Archbishop Joseph Bilczewski promoted the construction of churches and chapels, schools and day-care centres.  He developed teaching to help enable the growth in the instruction of the faithful.   He materially and spiritually helped the more important works which were springing up in his Archdiocese.   His holy life, filled with prayer, work and works of mercy, led to his meriting great appreciation and respect on the part of those of various faiths, rites and nationalities present in the Archdiocese.   No religious or nationalistic conflicts arose during the tenure of his pastoral work.   He was a proponent of unity, harmony and peace.   On social issues he always stood on the side of the people and of the poor.   He taught that the base of social life had to be justice made perfect by Christian love.

During the First World War, when souls were overtaken with hate and a lack of appreciation of the other, he pointed out to the people the infinite love of God, capable of forgiving every type of sin and offence.   He reminded them of the need to observe the commandments of God and particularly that of brotherly love.   Sensitive to the social questions regarding the family and youth, he courageously proposed solutions to problems based on the love of God and of neighbour.  During his 23 years of pastoral service he changed the face of the Archdiocese of Leopoli   Only his death, on 20 March 1923 could end his vast and far-sighted pastoral action. 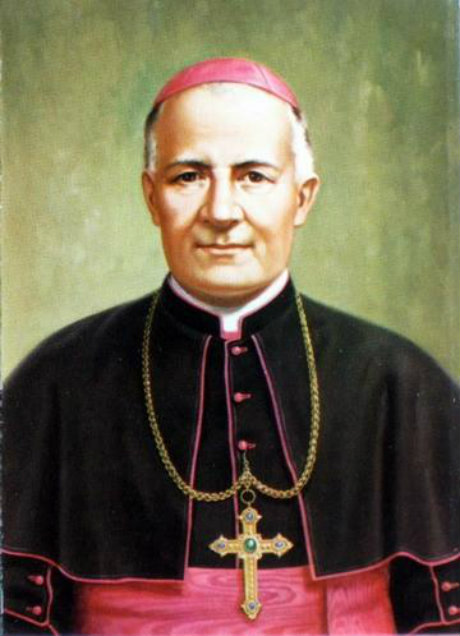 He was prepared for death and accepted it with peace and submission as a sign of God’s will, which he always considered sacred.

He left this world having enjoyed a universal recognition of holiness.   Wanting to rest among those for whom he was always father and protector, in accord with his desires, he was buried in Leopoli in the cemetery of Janów, known as the cemetery of the poor. 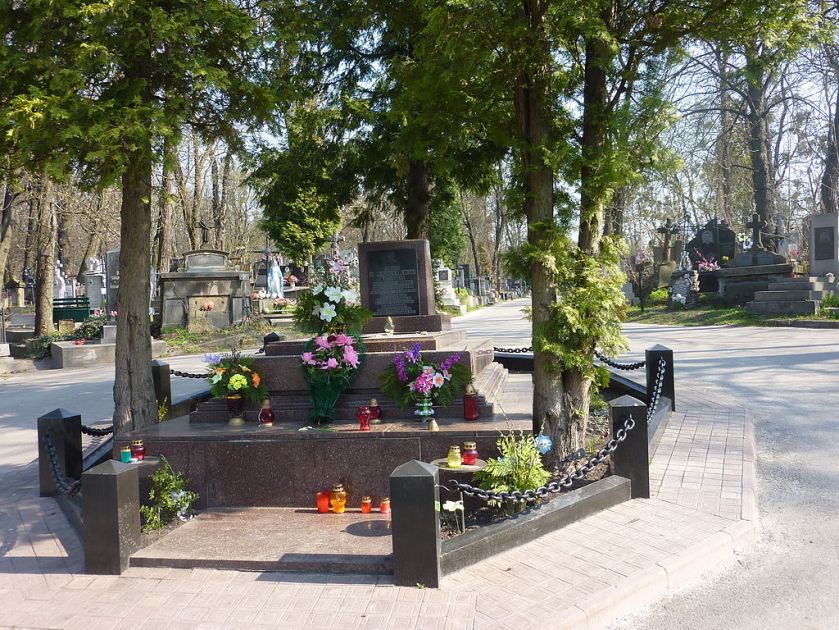 Thanks to the efforts of the Archdiocese of Leopoli the process for his beatification and canonisation was initiated.   The first step was concluded on 17 December 1997 with the declaration of the life of heroic virtue of Archbishop Joseph Bilczewski by The Holy Father, St Pope John Paul II.   In June 2001, the Congregation for the Causes of Saints recognised as miraculous the fact of the rapid lasting and unexplainable “quo ad modum” healing through the intercession of Archbishop Bilczewski of the third degree burns of Marcin Gawlik, a nine year old boy, thus opening the way for his beatification. The Beatification took place in the Diocese of Leopoli on 26 June 2001 during St Pope John Paul II’s Apostolic Visit to the Ukraine…Vatican.va

One final miracle was required for sainthood.   St John Paul II approved a second healing on 20 December 2004.   Cardinal Angelo Sodano formalised the date on 24 February 2005 at a consistory, representing the then very ill St John Paul II who died a month later.   The new Pope Benedict XVI celebrated the Canonisation in Saint Peter’s Square on 23 October 2005.