Saint of the Day – 20 November – Blessed Maria Fortunata Viti OSB (1827-1922) Benedicitine Religious, Apostle of Eucharistic Adoration and of Prayer, the gift of prophesy and miracles – born on 10 February 1827 in Veroli, Frosinone, Italy as Anna Felicia Viti and died on 20 November 1922 in Veroli, Frosinone, Italy of natural causes. Patronages – against poverty, of the poor, against temptations, loss of parents, against mental illness and the mentally ill.

Anna Felicia Viti was born in Veroli, in Italy’s Province of Frosinone, on 10 February 1827.   Her father was Luigi Viti, a landowner who was a gambling addict and a heavy drinker and her mother Anna, died when Maria was fourteen years old.   The third eldest of nine children, Maria was burdened with the responsibility of raising the other children.   In order to support her family, she worked as a housekeeper.   Her father’s alcoholism grew worse and so Maria’s employment constituted the majority of the family’s income.   For a while, she was wooed by a young man from Alatri but she decided to enter religious life instead.

Maria joined the Benedictines at the Monastery of San Maria de’Franconi in Veroli on 21 March 1851, at the age of 24.   After her religious profession, she took the name Maria Fortunata.

She never went to school and remained illiterate and although she spent more than 70 years in the Convent, she never progressed beyond the office of housekeeper and there she grew in the vital spiritual virtue of humility.

During her long life, she knew nothing but assiduous work and constant prayer.   She invoked the Lord with such passion and devotion it would edify her fellow Sisters.   Admiring the beauties of nature she would be in the habit of often exclaiming:  “The Love and the Power of God!” which remained her favourite expression.   She dedicated her prayers and sacrifices in particular for the needy, for derelicts and for the redemption of sinners. 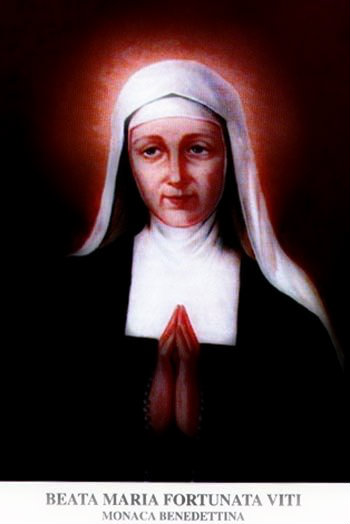 Blessed Maria confided to her fellow Sisters, that the devil bothered her both day and night mocking her and hitting her in order to try her patience and humility.   Her confessor, Father John Pasqualiti, wrote:  “With tears in her eyes, Sister Fortunata confided to me that the devil insulted her with the most vile and crude expressions. Often he threatened and made life difficult for her but she never despaired.   These insults became all the more frequent when the Saint was near her death.   Many of these disturbances were also heard and witnessed by her fellow Sisters.” – Apparitions of Angels & Demons.

She died a holy death on 20 of November 1922.   She was a wonderful example of humility.

After Sister Maria’s death, miracles were reported at her grave site.   Also, reports of miracles were attested to during her lifetime, including certain episodes that proved her gift of prophecy.   According to one story, she began to cry during Mass, because she had seen that the celebrating priest would leave his calling and she was filled with sorrow for him.   She also predicted that another priest would leave the priesthood but that he would repent and come back.   In addition, two women who had been healed of meningitis in their childhood attributed their cures to her prayers.

In 1935, her remains were transferred from a mass grave to the Abbey Church and the process of her Canonisation was begun.   Sister Maria Fortunata was declared Venerable on 8 April 1964 by St Pope Paul VI and Beatified on 8 October 1967 by the same Pope. 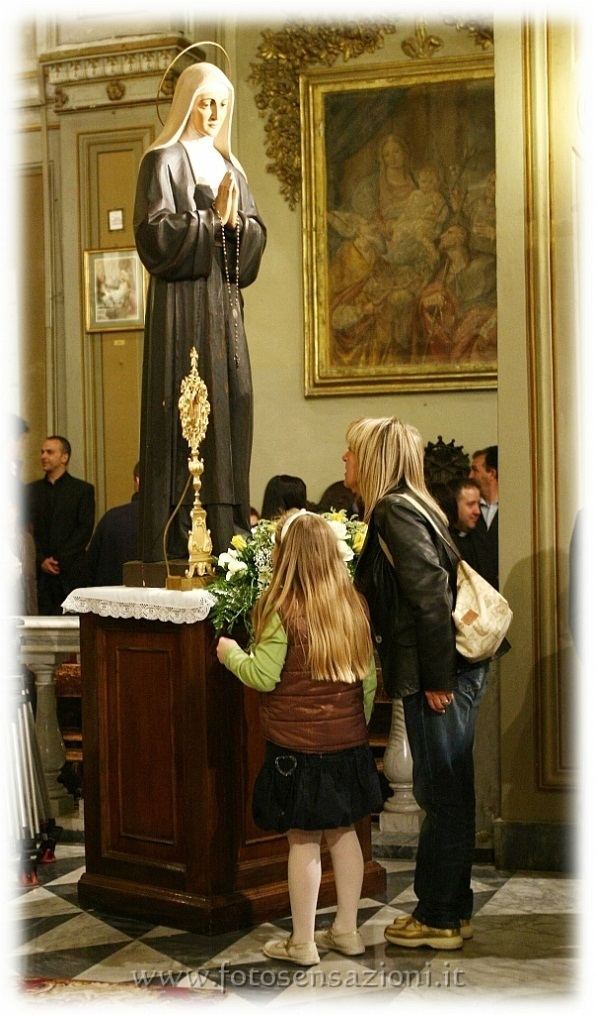