Saint of the Day – 28 November – Saint James of the Marches OFM Conv. (1391-1476) Franciscan Priest, brilliant Preacher, Penitent, Reformer, Writer, Papal legate, Inquisitor, founder of several monasteries in Bohemia, Hungary and Austria – born on 1 September 1391 at Monteprandone, March of Ancona, Italy as Domenico meaning “of the Lord” (from Latin, Dominus) Gangala and died on 28 November 1476 at Naples, Italy.    Patronages – Monteprandone, co-patron of Naples, Italy, of children. His body is incorrupt. 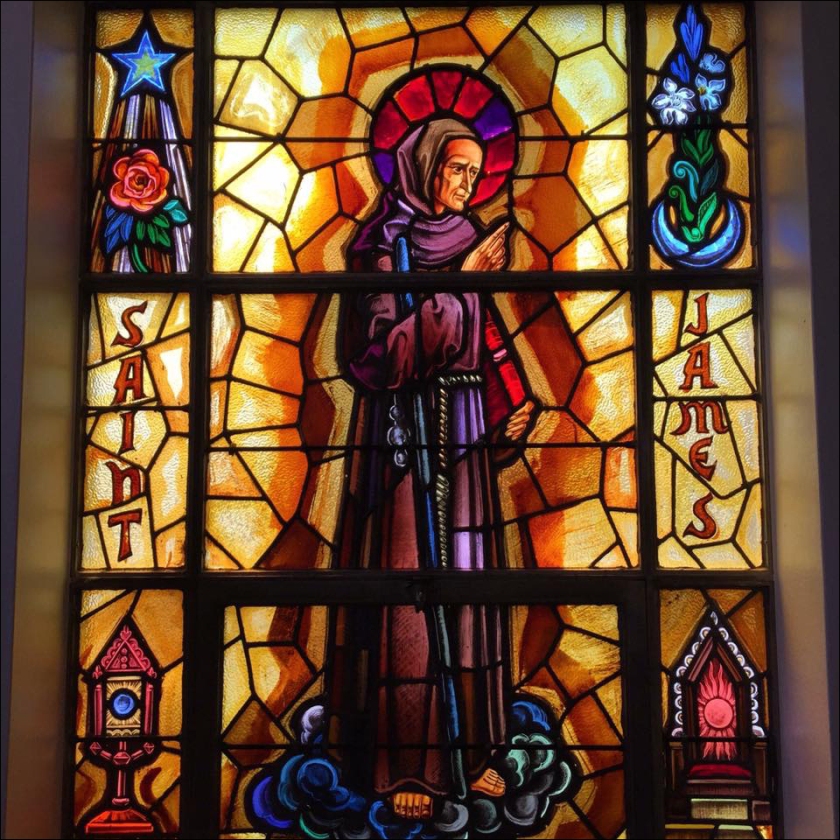 Domenico was born into an extremely poor family at Montebrandone (in the Marche of Ancona), in central Italy along the Adriatic Sea.   Unfortunately, his cruel father abused him and James left home as a boy.   He placed himself under the care of his uncle, a priest.   Through the generosity of his uncle, Domenico was educated in nearby towns of Ascoli and Offida.

At the University of Perugia he took the degree of Doctor of Canon and Civil Law.   He began his career in Florence as tutor in a noble family and as judge.   On one occasion, while travelling to Assisi for his work, he went to pray in the church of the Portiuncula, St Mary of the Angels.   Inspired by the friars he witnessed there and by the example of St Francis, Domenico decided to enter the Franciscan Order.   In 1416, at 23 years of age, he became a novice, taking the religious name of James.

Studying under Saint Bernardino of Siena (1380-1444), James was widely recognised for his oratory, delivering both forceful and effective sermons and converting thousands of souls.   Ordained at age twenty seven, James was sent on mission with Saint John Capistrano (1603-1663), travelling throughout Italy, German, Bohemia, Poland, and Hungary. 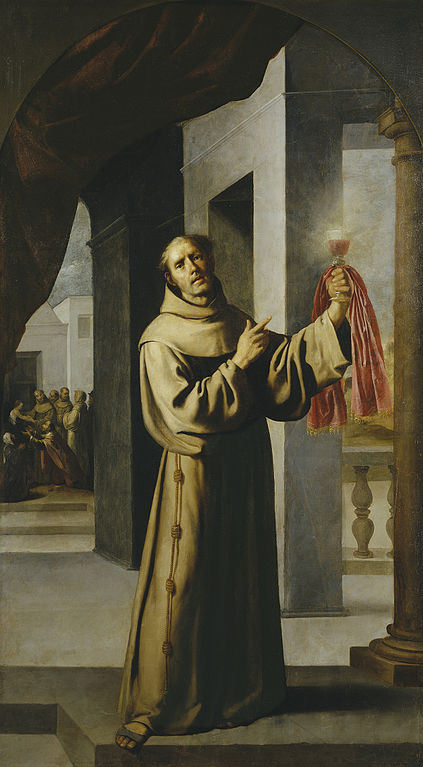 Noting his orthodoxy, Pope Saint Martin V appointed him inquisitor to root out heretical sects that were growing in power throughout Italy.   He continued his travels, preaching, working against heresy and attempting to reconcile various branches of the Franciscan Order.   He attended the Council of Florence in 1438, working diligently to reconcile the Eastern and Latin Churches, with little success.

Elected Bishop of Milan, James humbly declined the position, preferring to continue his itinerant lifestyle, travelling, preaching and confirming the truth of Church doctrine. Saint James preached every day for 40 years, beginning on the date of his ordination and ending on the date of his death.   He preached a message of penance, which he also put into practice.   James slept only three hours each evening and fasted nine months of the year.   Thinly dressed, always in the same tattered brown robe, he always wore underneath his habit either a rough hair shirt or an iron coat of mail armed with short sharp spikes.and susceptible to illness, Saint James ate little, giving all he had to the needy.   As he grew older and his health began to observably fail, Pope Martin V ordered him to eat regularly, as a public service, so that he could continue his ministry. Charitable, Saint James instituted several montes pietatis, (literally, “mountains of money”) which provided low-interest loans to all who needed them. 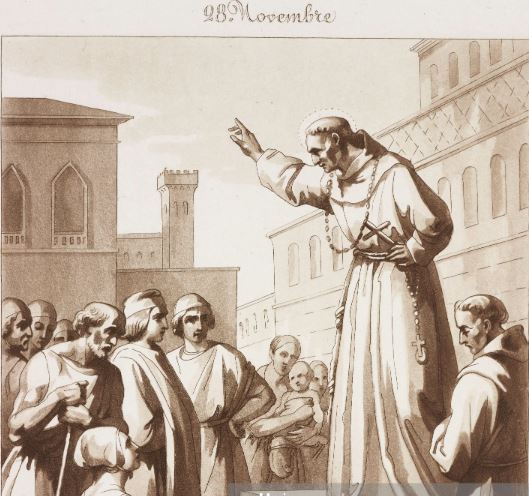 James took his vows seriously.   Due to his promise of poverty, he travelled on foot everywhere he went.   He pulled a small wagon by hand, which contained all his possessions – a bible, a prayer book, some theological works, liturgical vestments and vessels.   He personally hand-copied most of the few books he owned and he wore just his threadbare habit. He took the practice of obedience very seriously, as well.   In fact, on one occasion, he received an order from his superior to go abroad while lifting a cup to his mouth to drink.   He immediately set it down and left without drinking, as he was afraid of losing the merit of obedience by the least delay.

Under Pope Callistus III, in 1455, he was appointed an arbiter on the questions at issue between the Conventuals and Observants.   His decision was published 2 February 1456 in a papal bull, which pleased neither part.

In 1462, James became the subject of the Inquisition.   In a sermon, he preached his theological opinion on the Blood of Christ, stating that the blood shed during Christ’s passion was not hypostatically united to the divinity of Christ during the three days of his burial.   The case was controversial, and James was summoned to appear before the Dominican inquisitor, which he refused. Eventually, James appealed to the Holy See, after which a silence was imposed upon both the Dominican inquisitors and the Franciscans.   No decision was ever reached.

Saint James spent the last three years of his life at Naples and died there on 28 November 1476.   His funeral was attended by the Pope, the king of Naples, the royal court, many clergy and countless laypersons.   James’s body remained in the Franciscan church of Santa Maria la Nova in Naples for over five centuries until 2001 when it was finally transferred to his birthplace of Monteprandone.   There his incorrupt body remains exposed for the faithful to venerate. 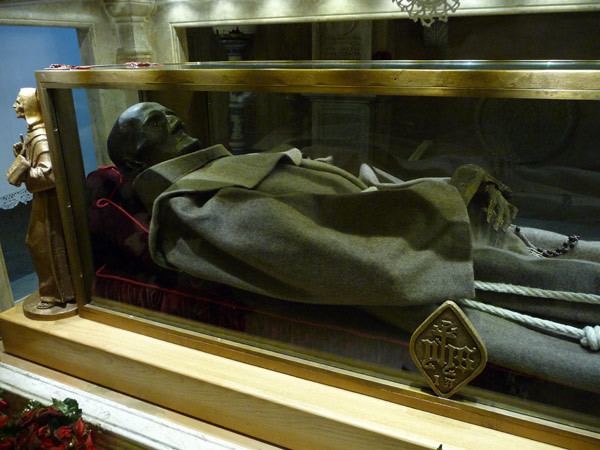 Pope Urban VIII Beatified him on 12 August 1624, and St James of the Marches was Canonised on 10 December 1726 by Pope Benedict XIII.

He is generally represented as a Franciscan holding a chalice and a veil.   His emblem is a chalice from which a snake is escaping – an allusion to the endeavours of certain heretics to poison him.   Numerous miracles have been reported through his intercession, both while he lived and subsequent to his death.