Quote/s of the Day – 9 June – “Month of the Sacred Heart” – Tuesday of the Tenth Week in Ordinary Time, Year A and the Memorial of St Ephrem of Syria (306-373) Father & Doctor of the Church

“We give glory to You, Lord,
who raised up Your Cross to span the jaws of death
like a bridge by which souls might pass
from the region of the dead to the land of the living. ..
You are incontestably alive.
Your murderers sowed Your living body in the earth
as farmers sow grain but it sprang up
and yielded an abundant harvest of men
raised from the dead.”

“The cross gives light to the whole universe;
it casts out darkness
and gathers nations together in charity
into one Church, one faith, one baptism…”

“Jesus, who feared nothing,
experienced fear
and asked to be freed from death –
although He knew it was impossible.
How much more,
must we persevere in prayer
before temptation assails us –
so that we may be freed
when the test has come!” 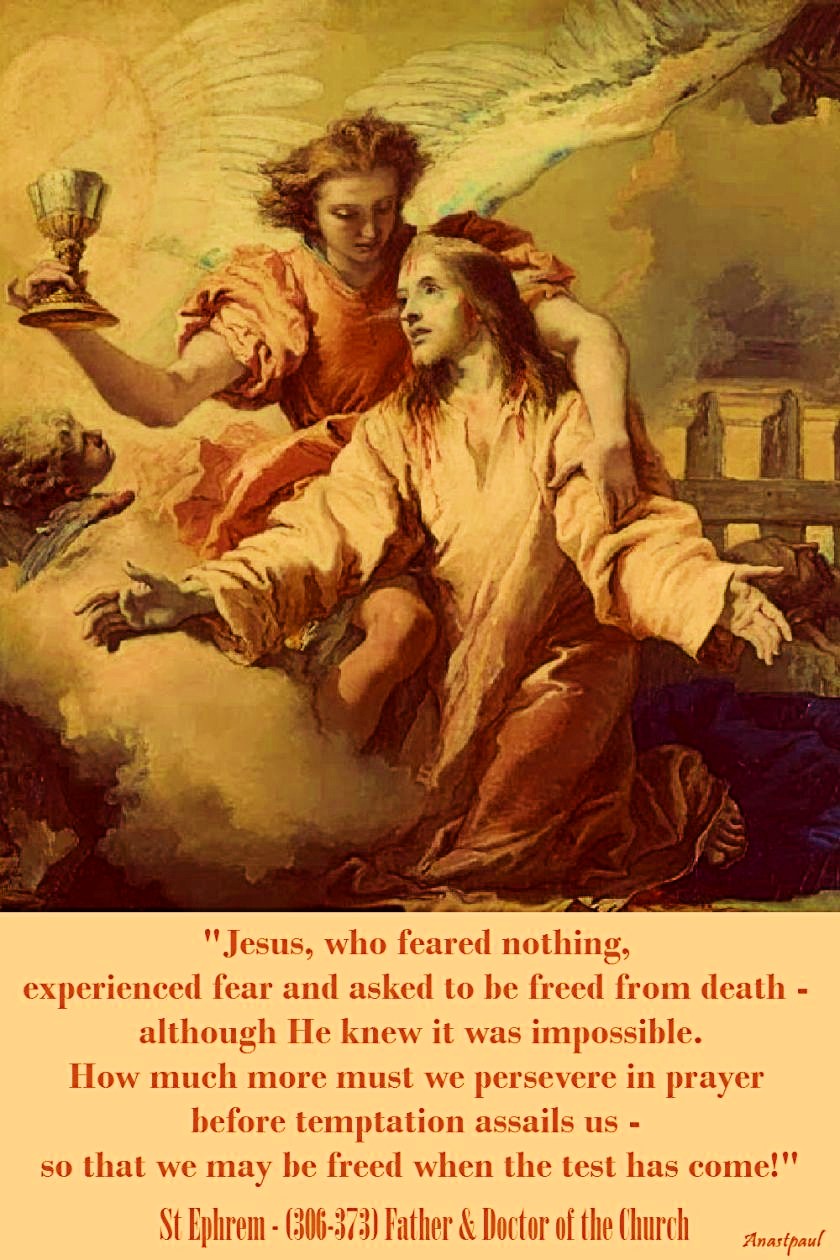 “She bore within herself, as a child,
Him by whom the world was filled.
He descended to become the model
that would renew Adam’s ancient image.”

“You gave us so many gifts on the day of Your birth,
a treasure chest of spiritual medicines for the sick.
spiritual light for the blind,
the cup of salvation for the thirsty,
the bread of life for the hungry.” 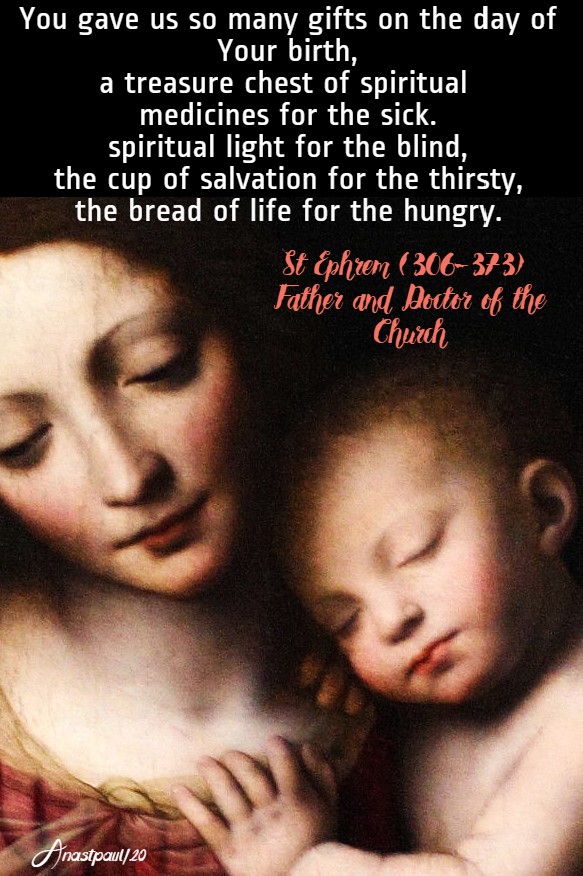 “We have had Your treasure
hidden within us,
ever since we received baptismal grace,
it grows ever richer
at Your sacramental table.”

“Let Heaven sustain me in its embrace,
because I am honoured above it.
For heaven was not thy mother
but Thou hast made it thy throne.
How much more honourable
and venerable than the throne of a king
is His mother.”

“Mary’s titles are numberless…
she is the palace in which the mighty King of kings abode,
yet He did not cast her out when He came,
because it was from her that He took flesh and was born.
She is the new heaven in which dwelt the King of kings,
in her, Christ arose and from her, rose up to enlighten creation,
formed and fashioned in His image.
She is the stock of the vine that bore the grape,
she yielded a fruit greater than nature
and He, although other than her in His nature,
ripened in colour on being born of her.
She is the spring from which living waters
sprang up for the thirsty
and all those who drank them,
yielded fruit a hundredfold.”