In 1672 the Blessed Virgin appeared to a shepherd boy and told him that she wished to be venerated at a certain place in the beech woods near Castelluccio in central Italy. Tthe child , following the directions to the site, discovered a terracotta Madonna affixed to one of the trees. The tiny Statue, barely 18 centimetres tall (7 inches) was moved to a wayside Shrine and then, in 1722, to its own mountain Sanctuary. Until 1964 a caretaker lived in the hermitage there. Since then a volunteer opens the Chapel only in summer on Sundays. In 1975 the sacred image was stolen and a copy was made to replace it.
Since 1756, an annual pilgrimage on Ascension Day brings the image to the Town and back again, and on St Anne’s day, 26 July, a procession goes to the site of the beech tree where the Statue had been originally found, although the tree itself is no longer there as it fell during a storm.
The Sanctuary’s holy card, shown above, does not seem to depict the terracotta image. It may represent one of the paintings of Lorenzo Pranzini, who decorated the interior of the Chapel in the 1800s.

Throughout the religious upheavals following the English Reformation the vast majority of English Catholics, many of whom lived in Lancashire, remained staunchly loyal to the throne.

Nutter was born at Burnley, Lancashire.   He entered Brasenose College, Oxford in 1564 or 1565 and, with his brother John Nutter, also a Catholic martyr, became a student of the English College, Reims.   He was ordained at Soissons, on 21 December 1581 along with Venerable William Dean and George Haydock.

Returning to England, he was committed to the Tower of London, along with his brother, also a priest, on 2 February 1584.   He remained in the pit forty-seven days, wearing irons for forty-three days and twice was subjected to the tortures of “the scavenger’s daughter”.   On 10 November 1584, he was again consigned to the pit.   Robert witnessed his older brother’s execution before being released.   The authorities hoped that he might inadvertently lead them to Catholic safe houses.    He was again arrested and transported to France on 21 January 1585, with twenty other priests and one layman, aboard the Mary Martin of Colchester, from Tower Wharf.

Landing at Boulogne, 2 February, he revisited Rome in July but, returned then to England as escort to newly ordained priests.   When the party was brought ashore at Gravesend, Nutter gave his name as Rowley but was recognised and on 30 November 1585 again committed to prison in London, this time to Newgate Prison.

In 1587 he was removed to the Marshalsea Prison and thence, in 1590, was sent to Wisbech Castle, Cambridgeshire.   While in prison he joined the Dominican Order.

There, in 1597, he signed a petition to Father Henry Garnet in favour of having a Jesuit superior but, on 8 November 1598, he and his fellow martyr, Edward Thwing, with others, besought the Pope to institute an archpriest.   On 10 March 1600, the keeper having left the gate unlocked, Nutter and his companions made their escape.   Some were never recaptured but those who headed south were taken and Nutter was sent to Lancaster, where he was executed on 26 July 1600.

Robert Nutter was beatified by Pope John Paul II in 1987.   It was said of Blessed Robert Nutter that, “He was a man of a strong body but of a stronger soul, who rather despised and conquered death.”

Almighty, ever-living God,
You gave Your martyrs Robert Nutter
and his companions grace
to lay down their lives for Christ.
Help our weakness too,
give us the strength to live for You,
even as they did not shrink
from dying for Your sake.
We ask this through our Lord Jesus Christ, Your Son,
who lives and reigns with you and the Holy Spirit,
one God, forever and ever.
Amen 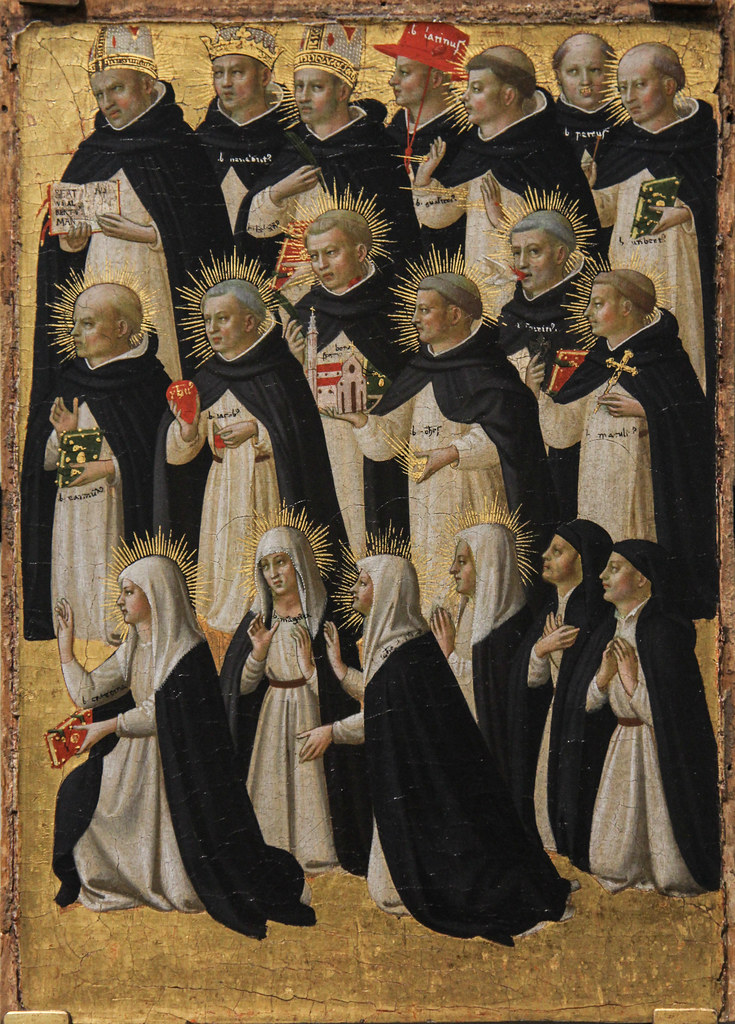 John Nutter, Blessed Robert’s Brother
John Nutter attended St John’s College, Cambridge.   In 1578 the English College at Douai relocated temporarily to Rheims.   John and his brother Robert arrived there in August the following year.   John was ordained at Laon in September 1582 and left for Yorkshire in November  . However, gale winds blew toward the Suffolk coast. John Nutter had contracted an illness before sailing and as it grew worse, he ferried ashore at Dunwich. The ship was subsequently driven on a sandbank and men of the town searched it for anything salvageable.   A bundle of Catholic books were found.   The ill Nutter was questioned at the inn where he had been taken and acknowledged that he was a priest. He was arrested and taken to the Marshalsea.   He remained there a year before being tried and condemned and shortly thereafter executed at Tyburn, along with James Fenn, George Haydock, Thomas Hemerford, and John Munden.