“Where is he who has been born king of the Jews?
For we saw his star when it rose
and have come to worship him.” 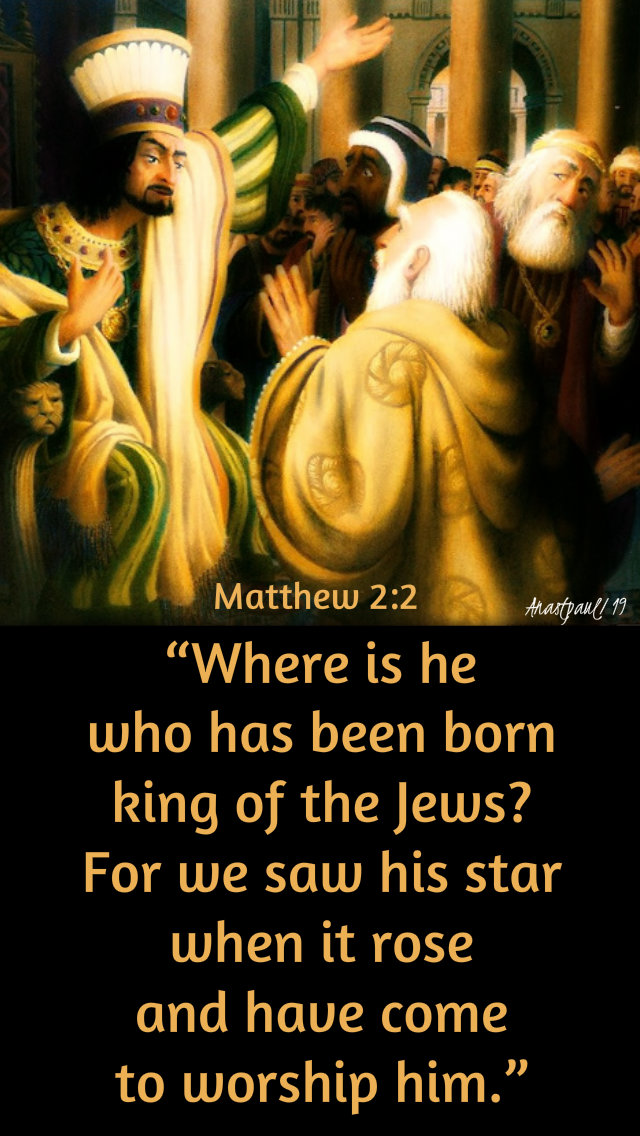 “For by gold, the power of a king is signified,
by frankincense the honour of God,
by myrrh the burial of the body
and accordingly they offer Him,
gold as King,
frankincense as God,
myrrh as Man.” 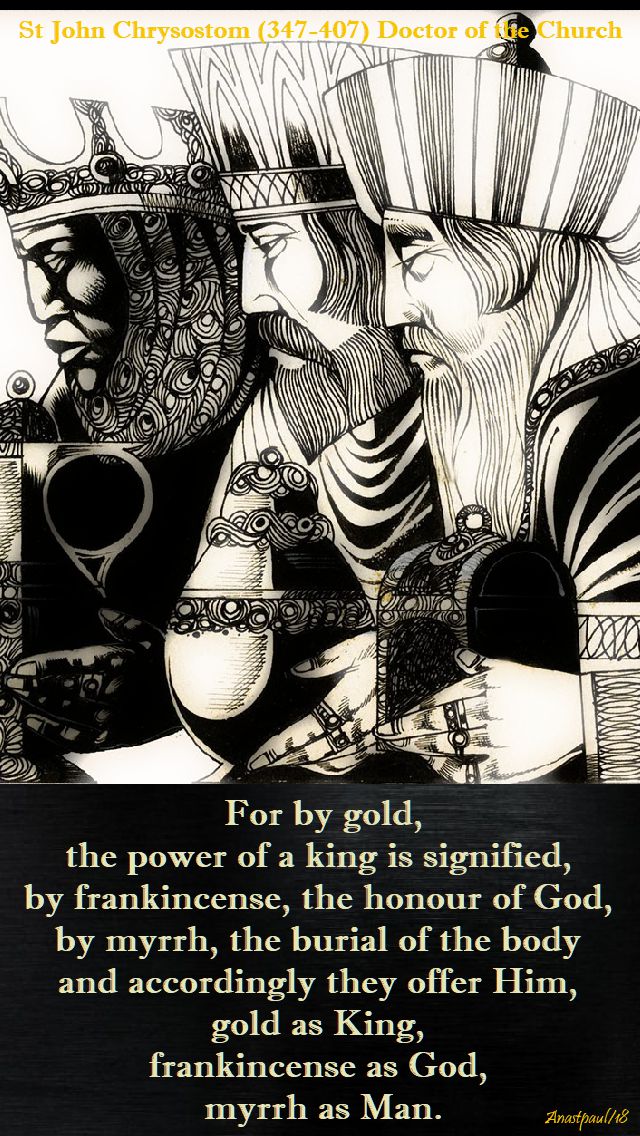 “Though many kings of the Jews
had been born and died, none of them,
did the Magi seek to adore.
And so they, who came from a distant foreign land,
to a kingdom that was entirely strange to them…
But they had learnt, that such a King was born,
that by adoring Him, they might be sure of obtaining
from Him the salvation which is of God.” 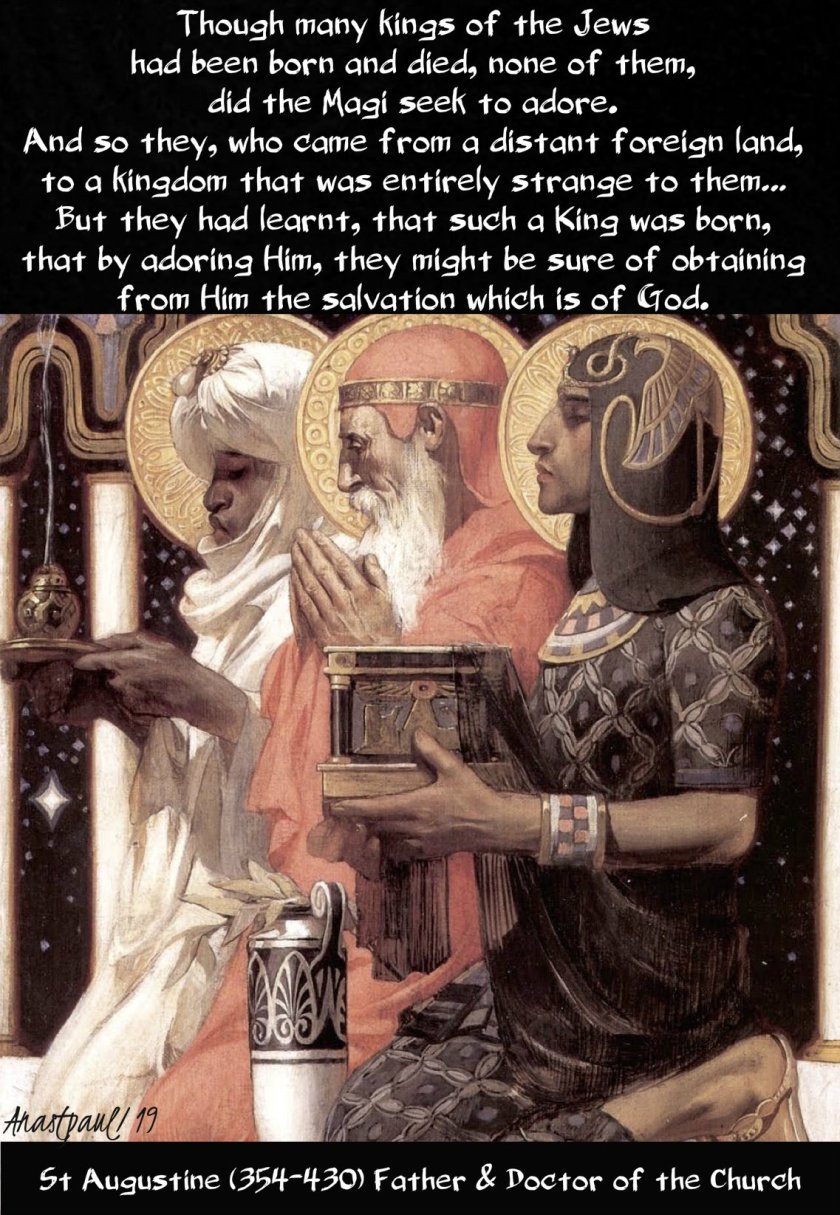 “Truth,
by which the world is held together,
has sprung from the earth,
in order to be carried
in a woman’s arms.”

“Today the Magi gaze in deep wonder
at what they see:
heaven on earth, earth in heaven, man in God,
God in man, one whom the whole universe
cannot contain, now enclosed in a tiny body.
As they look, they believe and do not question,
as their symbolic gifts bear witness:
incense for God,
gold for a king,
myrrh for one who is to die.” 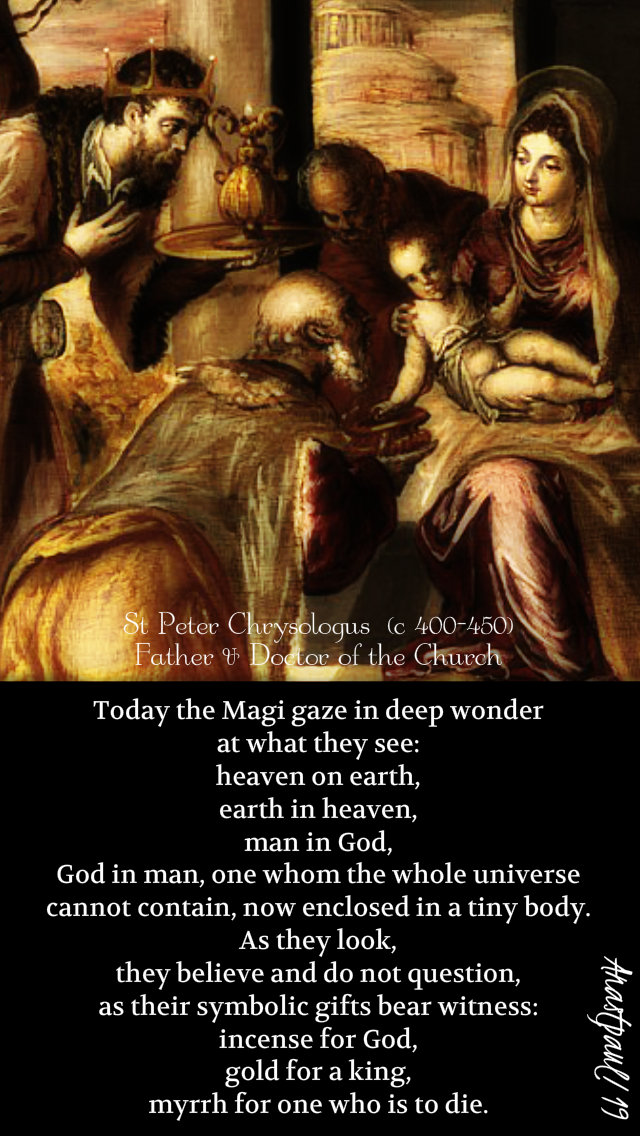 “What are you doing, O Magi?
Do you adore a little Babe, in a wretched hovel,
wrapped in miserable rags?
Can this Child be truly God? …
Are you become foolish, O Wise Men …
Yes, these Wise Men have become fools
that they may be wise!”