Goodbye Christmastide: 9 January 2017 The Feast of the Baptism of the Lord

“Dearly Beloved, each word and deed of Our Saviour Jesus Christ is for us a lesson in virtue and piety.  For this end also did He assumed our nature, so that every man and every woman, contemplating as in a picture the practice of all virtue and piety, might strive with all their hearts to imitate His example.  For this He bore our body, so that as far as we could we might repeat within us the manner of His life.  And so, therefore, when you hear mention of some word or deed of His, take care not to receive it simply as something that incidentally happened but raise your mind upwards towards the sublimity of what He is teaching and strive to see what has been mystically handed down to us” 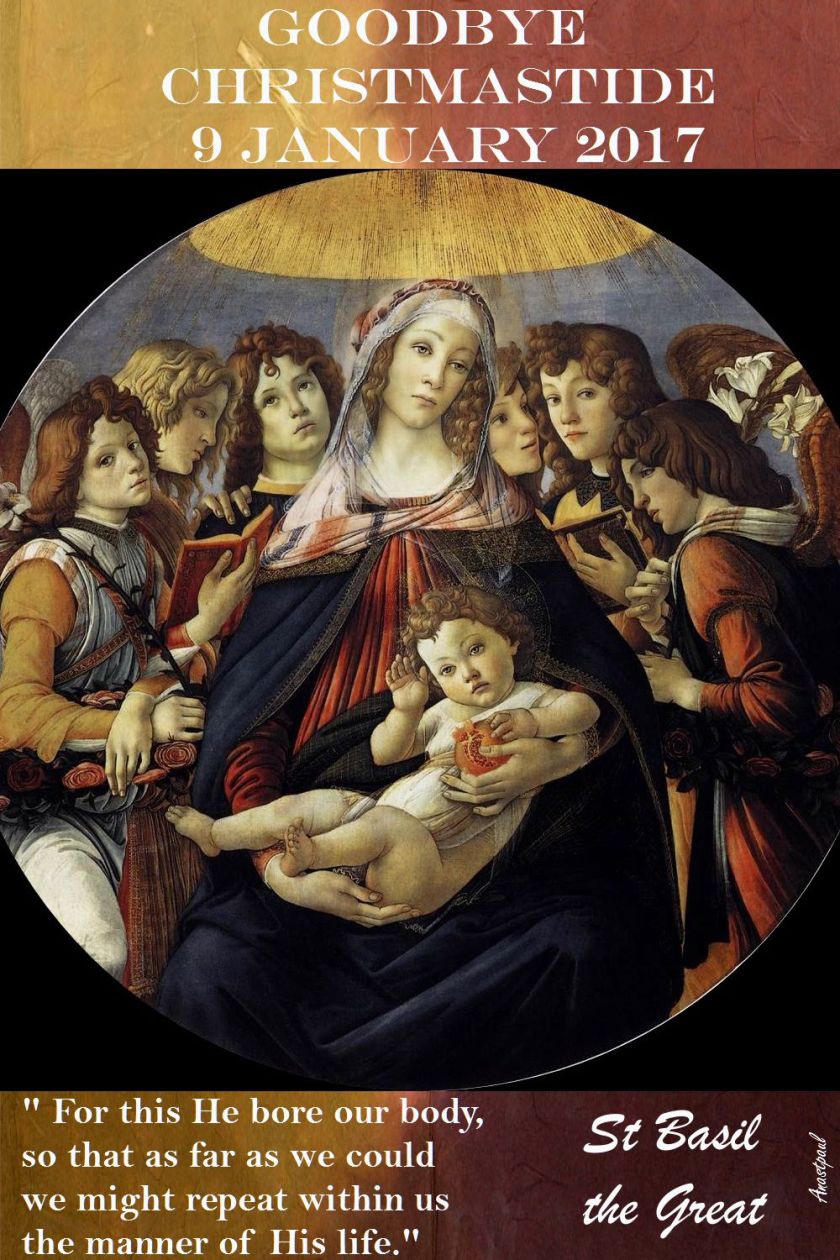 Thought for the Day – 9 January

The same Spirit, that descended on the water of the River Jordan wafted over the waters during the first creation (Gen 1:2). Therefore, the Baptism in the Jordan presents yet another truth: that Jesus has started a new creation. He is the second man (1 Cor 15:47) or the last Adam (1 Cor 15:45), that comes to repair the first Adam’s guilt. He does this as the Lamb of God that takes away our sins.

‘Looking at the events in light of the Cross and Resurrection, the Christian people realised what happened: Jesus loaded the burden of all mankind’s guilt upon His shoulders; He bore it down into the depths of the Jordan. He inaugurated His public activity by stepping into the place of sinners’ (Joseph Ratzinger, Jesus of Nazareth, Bloomsbury 2007, p 18). 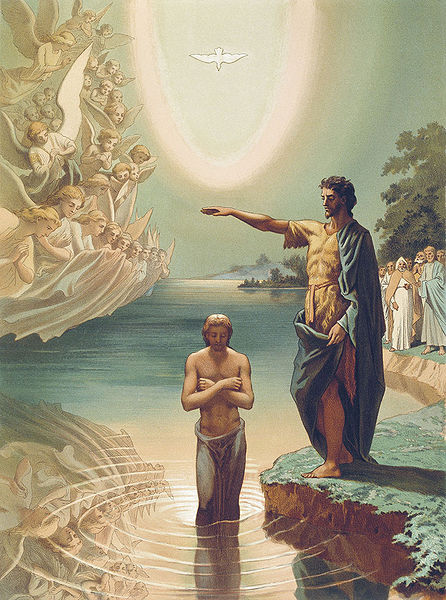 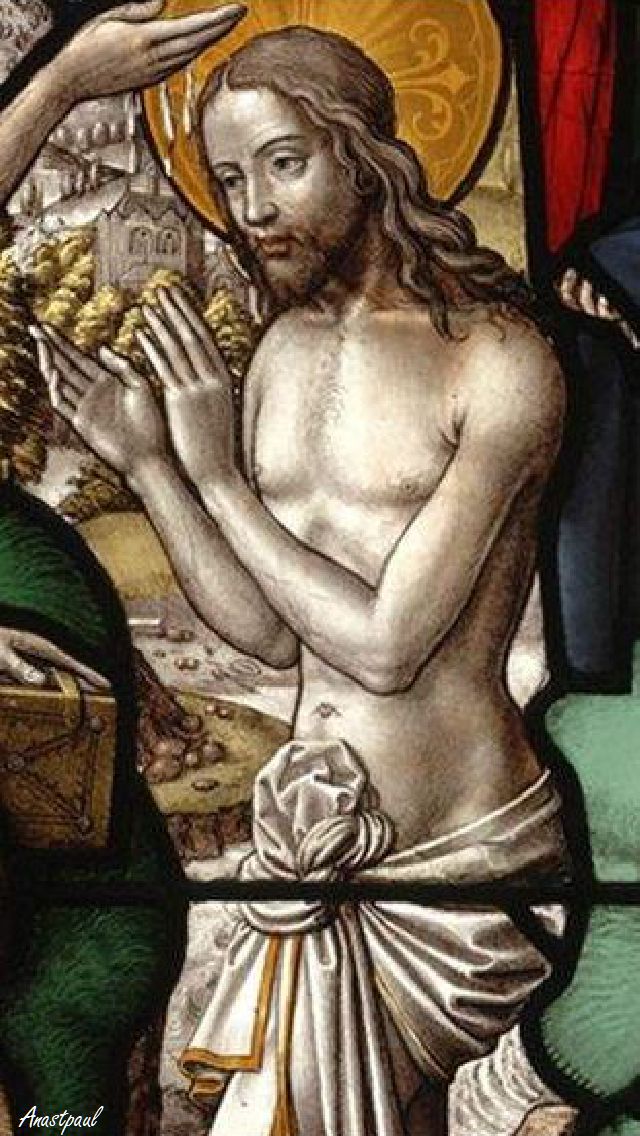 Quote of the Day – 9 January

“O Lord, wishing to fulfill all things
that You ordained before the ages,
You received the servants of Your mystery,
from among the Angels, Gabriel,
from among Men, the Virgin,
from among the Heavens, the Star
and from among the Waters, the Jordan,
in which You washed away the sin of the world,
O our Saviour, glory to You.” 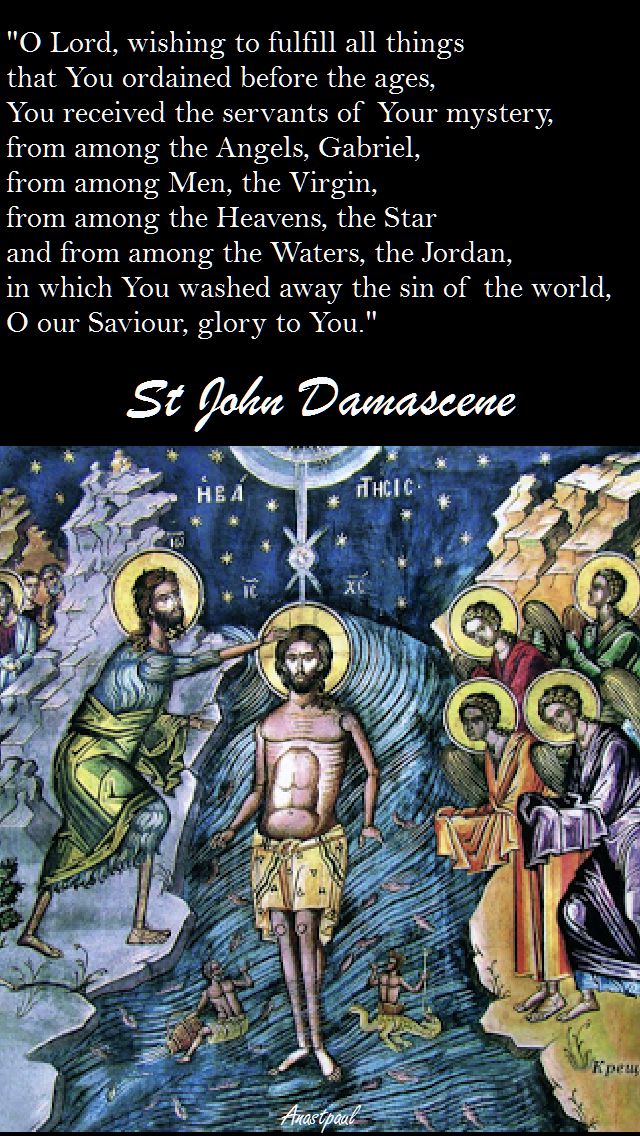 REFLECTION – “Jesus entered into contact with the Father, Heaven opened above Him. At this moment we can think that Heaven has also opened here, above these children of ours who, through the Sacrament of Baptism, come into contact with Jesus. Heaven opens above us in the Sacrament.   The more we live in contact with Jesus in the reality of our Baptism, the more Heaven will open above us.”.Pope Benedict XVI (Feast of the Baptism of the Lord – 7 January 2007)

PRAYER – Heavenly Father, I pray to live each day in Your shadow, living out my Baptismal Vows and following Your Son on my journey home to You. Mary, Help of Christians, pray for us, that we may faithfully live as true Christians each moment of our lives, amen. 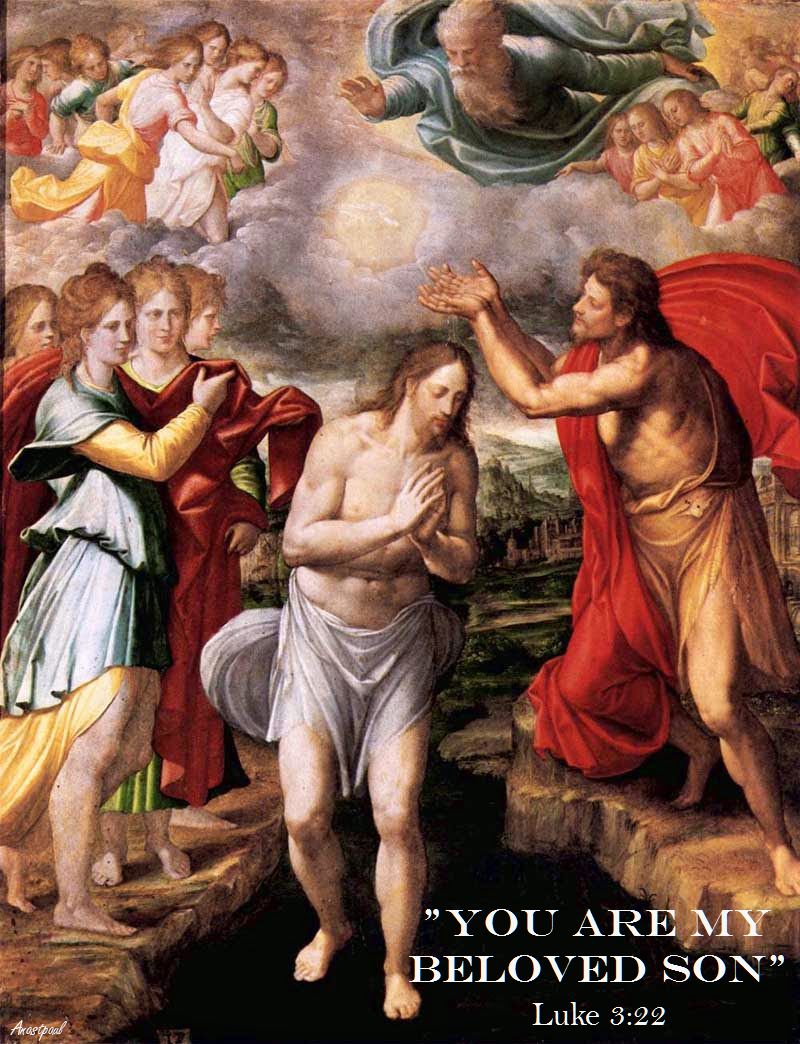 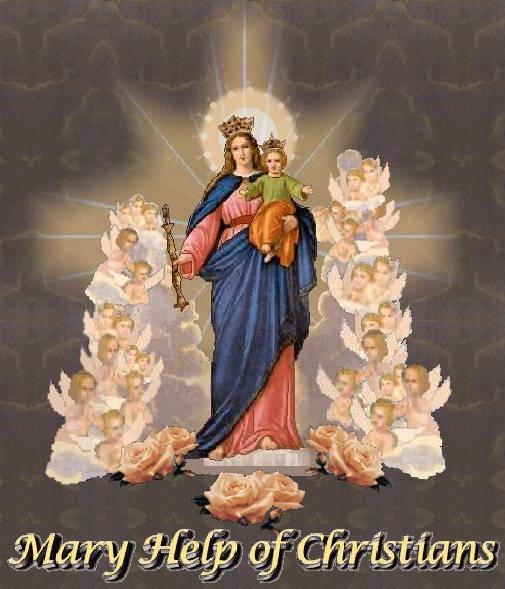 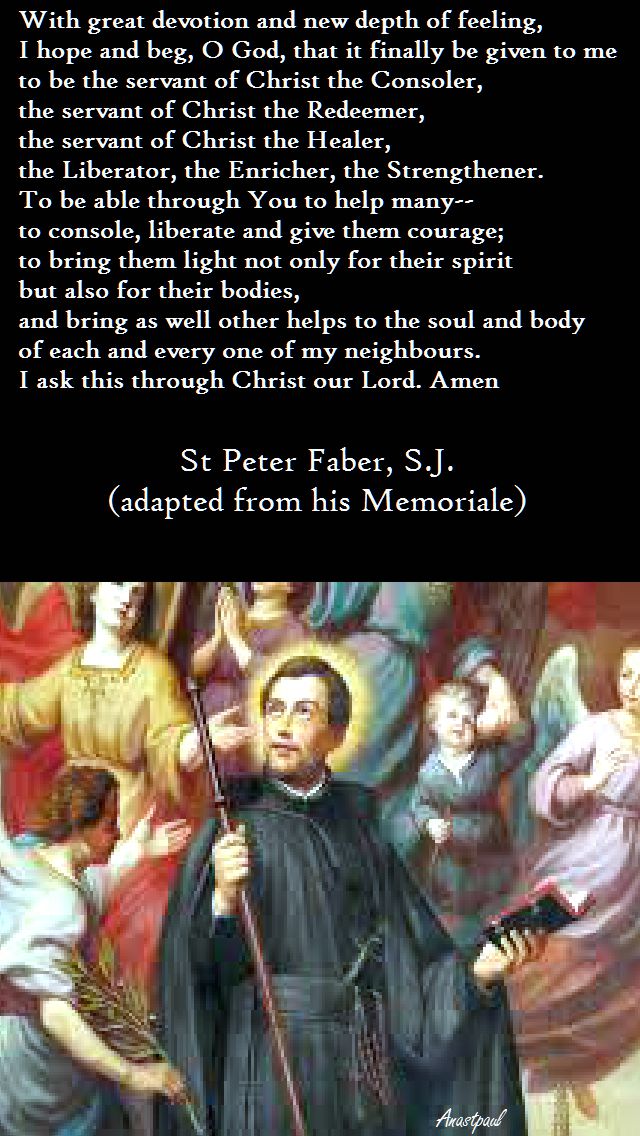 Feast of the Day – 9 January – The Baptism of the Lord

Today the Church celebrates the Solemnity of the Baptism of Our Lord. This brings to an end the season of Christmas. The Church recalls Our Lord’s second manifestation or epiphany which occurred on the occasion of His baptism in the Jordan. Jesus descended into the River to sanctify its waters and to give them the power to beget sons of God. The event takes on the importance of a second creation in which the entire Trinity intervenes.

At first glance, the Baptism of the Lord might seem an odd feast. Since the Catholic Church teaches that the Sacrament of Baptism is necessary for the remission of sins, particularly Original Sin, why was Christ baptised? After all, He was born without Original Sin, and He lived His entire life without sinning. Therefore, He had no need of the sacrament, as we do.   In submitting Himself humbly to the baptism of St. John the Baptist, however, Christ provided the example for the rest of us. If even He should be baptised, though He had no need of it, how much more should the rest of us be thankful for this sacrament, which frees us from the darkness of sin and incorporates us into the Church, the life of Christ on earth! His Baptism, therefore, was necessary–not for Him, but for us.  Many of the Fathers of the Church, as well as the medieval Scholastics, saw Christ’s Baptism as the institution of the sacrament.

The Baptism in the Jordan returns to the great Christmas theme of ‘Christification,’ Jesus of Nazareth’s spiritual anointing, His presentation as the Anointed One par excellence, the Messiah or the One sent by the Father for the salvation of mankind. The Spirit that descended on Jesus shows and seals in an incontrovertible way the ‘Christification’ of Jesus’ humanity that the Word had already fulfilled from the first moment of His miraculous conception by Mary.  Jesus, from the very beginning, was always the Lord’s Christ, He was always God.  Yet, His one, true humanity, that which is perfect in every way, as the Gospel records, constantly grew in natural and supernatural perfection. ‘And Jesus increased in wisdom, in stature, and in favour with God and with men’ (Lk2:52).  In Israel at 30 years of age, one reached full maturity and therefore could become a master. Jesus came of age and the Spirit, descending and remaining on Him, definitively consecrated His whole being as the Christ.   (Excerpted from the Congregation for the Clergy) 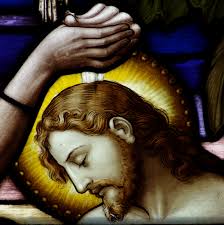 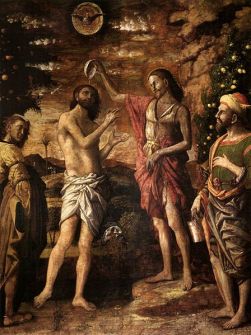 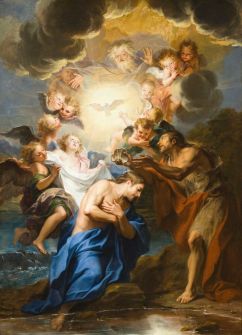