JUNE – MONTH OF THE SACRED HEART

Understood in the light of the Scriptures, the term “Sacred Heart of Jesus” denotes the entire mystery of Christ, the totality of His being and His person considered in its most intimate essential: Son of God, uncreated wisdom;  infinite charity, principal of the salvation and sanctification of mankind.   The “Sacred Heart” is Christ, the Word Incarnate, Saviour, intrinsically containing, in the Spirit, an infinite divine-human love for the Father and for His brothers.  Excerpted from the Directory on Popular Piety and the Liturgy 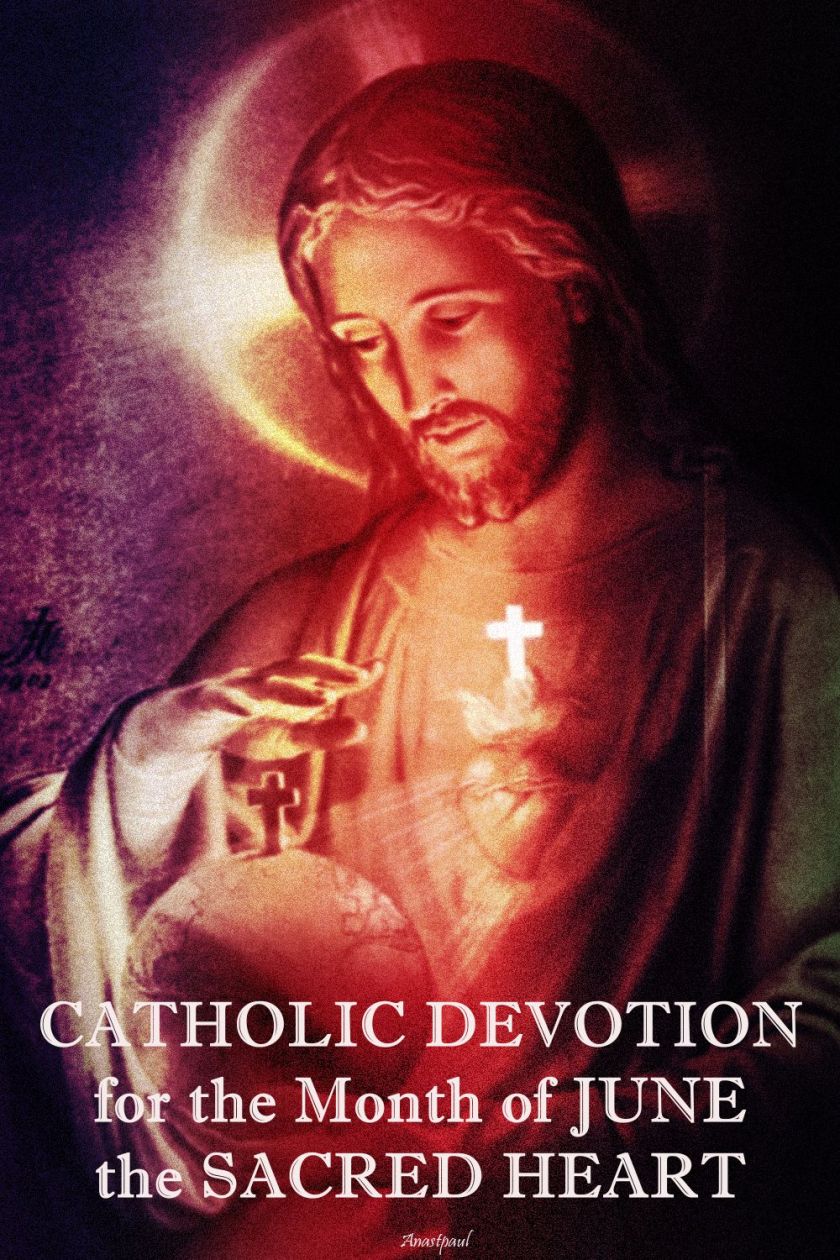 Devotion to the Sacred Heart was also an essential component of Pope John Paul II’s hopes for the “new evangelisation” called for by the Church.

“For evangelisation today,” he said, “the Heart of Christ must be recognized as the heart of the Church:  It is He who calls us to conversion, to reconciliation.  It is He who leads pure hearts and those hungering for justice along the way of the Beatitudes.   It is He who achieves the warm communion of the members of the one Body.   It is He who enables us to adhere to the Good News and to accept the promise of eternal life  . It is He who sends us out on mission. The heart-to-heart with Jesus broadens the human heart on a global scale.”