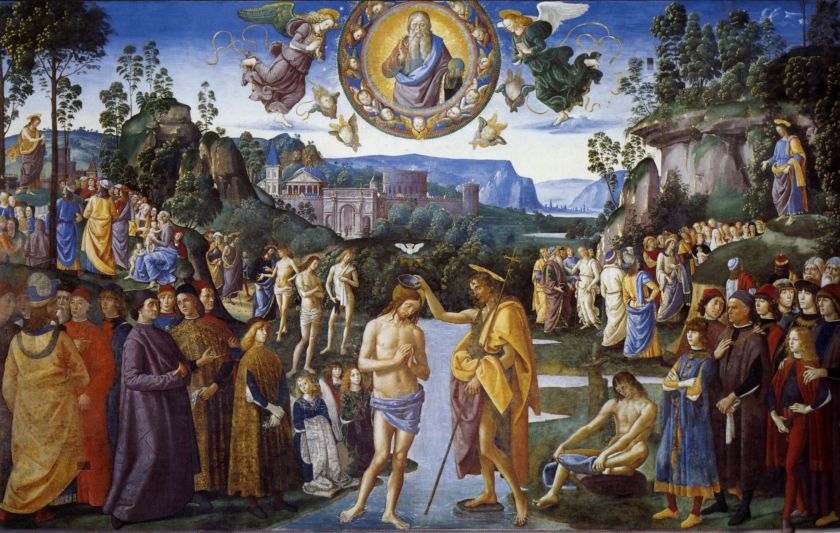 At first glance, the Baptism of the Lord might seem an odd feast.   Since the Catholic Church teaches that the Sacrament of Baptism is necessary for the remission of sins, particularly Original Sin, why was Christ baptised?   Why did Jesus, the Son of God, choose to be baptised?   Surely He was without sin.   The answer is that as well as being true God He was also true man as we say in the Creed.   Jesus was as truly human as any human being.   It was to identify Himself totally with sinful mankind that He chose to be baptised by St John.   In doing so He made the water in which He was baptised holy and towards the end of His ministry He would tell His disciples to “Go, therefore, make disciples of all nation, baptise them in the name of the Father and of the Son and of the Holy Spirit and teach them to observe the commands I gave you.” (Matthew 28: 19-20).   The words of Jesus still form the heart of the Sacrament of Baptism.   After all, He was born without Original Sin and He lived His entire life without sinning.   Therefore, He had no need of the sacrament, as we do. 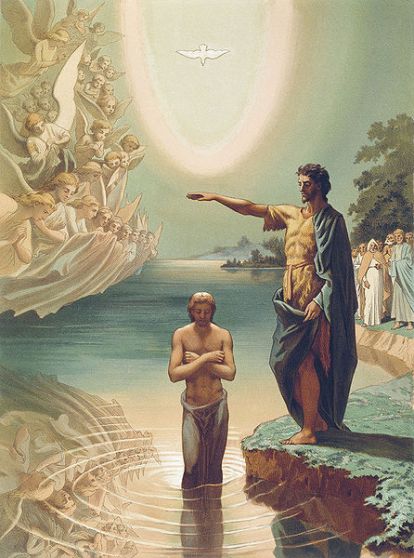 CHRIST’S BAPTISM FORESHADOWS OUR OWN​​
In submitting Himself humbly to the baptism of St John the Baptist, however, Christ provided the example for the rest of us.   If even He should be baptised, though He had no need of it, how much more should the rest of us be thankful for this sacrament, which frees us from the darkness of sin and incorporates us into the Church, the life of Christ on earth!   His Baptism, therefore, was necessary–not for Him, but for us.
Many of the Fathers of the Church, as well as the medieval Scholastics, saw Christ’s Baptism as the institution of the sacrament.   His Flesh blessed the water and the descent of the Holy Spirit (in the form of a dove) and the voice of God the Father announcing that this was His Son, in Whom He was well pleased, marked the beginning of Christ’s public ministry. 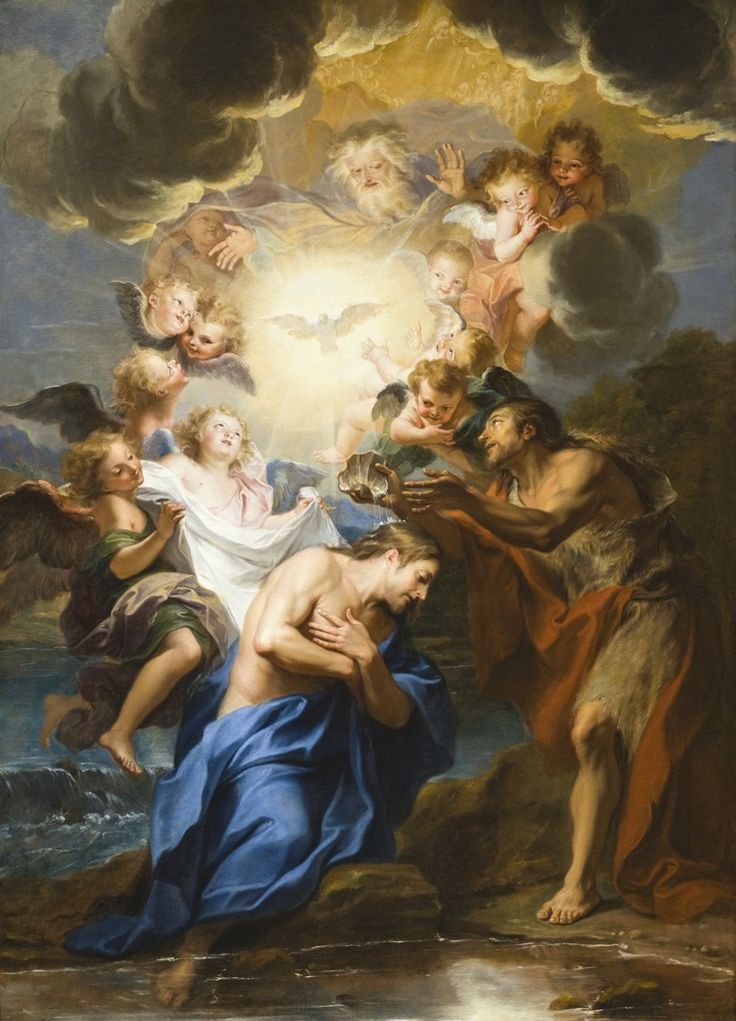