Saint of the Day – 24 January – St Francis de Sales  CO, OM, OFM (Cap) (1567-1622) – Doctor of the Church: Doctor caritatis (Doctor of Charity), Bishop of Geneva, Doctor of Law and Theology, Writer, Theologian, Mystic, Teacher, Preacher, Founder along with St Jane Frances de Chantal, founded the women’s Order of the Visitation of Holy Mary (Visitandines).  Born 21 August 1567 at Château de Thorens, Savoy (part of modern France) – 28 December 1622 at Lyon, France of natural causes.   St Francis is known as:  the Gentle Christ of Geneva and the Gentleman Saint.   Patronages –  against deafness, authors, writers (proclaimed on 26 April 1923 by Pope Pius XI), Catholic press, confessors, deaf people, journalists (proclaimed on 26 April 1923 by Pope Pius XI), teachers, educators, Champdepraz, Aosta, Italy, 8 dioceses.  His motto ‘Non-excidet’ – (No failure) .   St Francis became noted for his deep faith and his gentle approach to the religious divisions in his land resulting from the Protestant Reformation.  He is known also for his writings on the topic of spiritual direction and spiritual formation, particularly the Introduction to the Devout Life and the Treatise on the Love of God.

Francis, the eldest of 13 children, was born into a family of nobility in France in 1567.   His father sent him to study at the University of Paris.   After six years, Francis was intellectually competent in many areas.   Francis was also a skilled swordsman who enjoyed fencing, an expert horseman and a superb dancer.  Then Francis studied at the University of Padua and received a doctorate in civil and canon law.   His father wanted him to marry but Francis desired to be a priest.    His father strongly opposed Francis in this and only after much patient persuasiveness on the part of the gentle Francis did his father finally consent.   Francis was ordained and elected provost of the Diocese of Geneva, then a centre for the Calvinists.   Francis set out to convert them, especially in the district of Chablais.   By preaching and distributing the little pamphlets he wrote to explain true Catholic doctrine, he had remarkable success, the majority of the Chablais inhabitants accepted the Catholic faith.

At 35, he became bishop of Geneva.  While administering his diocese he continued to preach, hear confessions and catechise the children.  His gentle character was a great asset in winning souls  . He practised his own axiom, “A spoonful of honey attracts more flies than a barrelful of vinegar.” 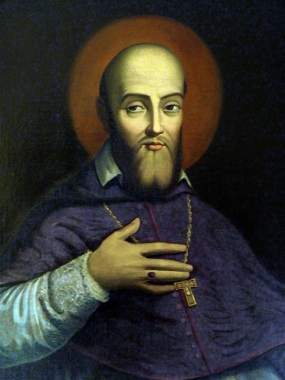 Besides his two well-known books, the Introduction to the Devout Life and A Treatise on the Love of God, he wrote other marvellous spiritual aid as well as many pamphlets and carried on a vast correspondence  . For his writings, he has been named patron of the Catholic Press.   His writings, filled with his characteristic gentle spirit, are addressed to lay people.   He wants to make them understand that they too are called to be saints.   As he wrote in The Introduction to the Devout Life: “It is an error, or rather a heresy, to say devotion is incompatible with the life of a soldier, a tradesman, a prince, or a married woman…. It has happened that many have lost perfection in the desert who had preserved it in the world. ” 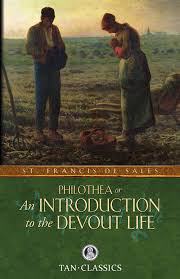 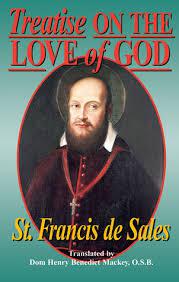 In spite of his busy and comparatively short life, he had time to collaborate with another saint, Jane Frances de Chantal, in the work of establishing the Sisters of the Visitation. These women were to practice the virtues exemplified in Mary’s visit to Elizabeth: humility, piety, and mutual charity.   They at first engaged to a limited degree in works of mercy for the poor and the sick.   Today, while some communities conduct schools, others live a strictly contemplative life.

St Francis is buried at the basilica of the Visitation, Annecy, France -below.   His heart was preserved as a relic at Lyon but during the French Revolution his heart was was moved to Venice, Italy.   The Altar below is the High Altar of St Francis at the Cathedral in St Louis, USA. 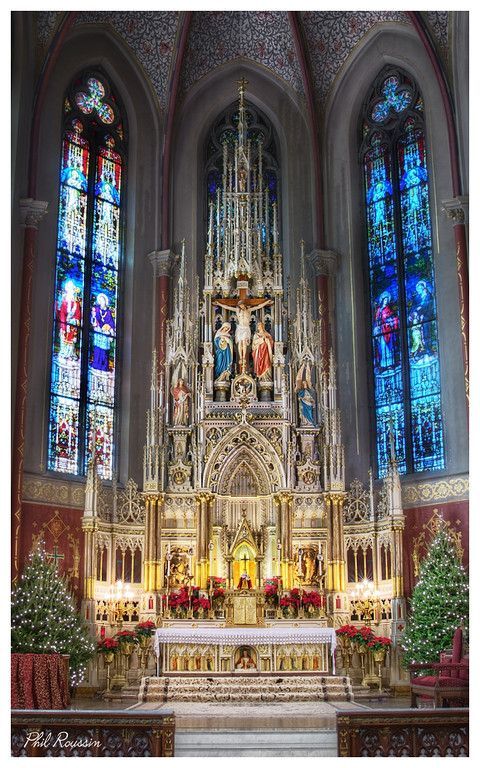