Shrove is the past tense of the word shrive, which means to hear a confession, assign penance and absolve from sin.   In the Middle Ages, especially in Northern Europe and England, it became the custom to confess one’s sins on the day before Lent began in order to enter the penitential season in the right spirit.   How I wish the Church would bring this practice back NOW and not concentrate on flipping pancakes – entendre intended!   Though we, as the “Church” can re-institute this practice ourselves. 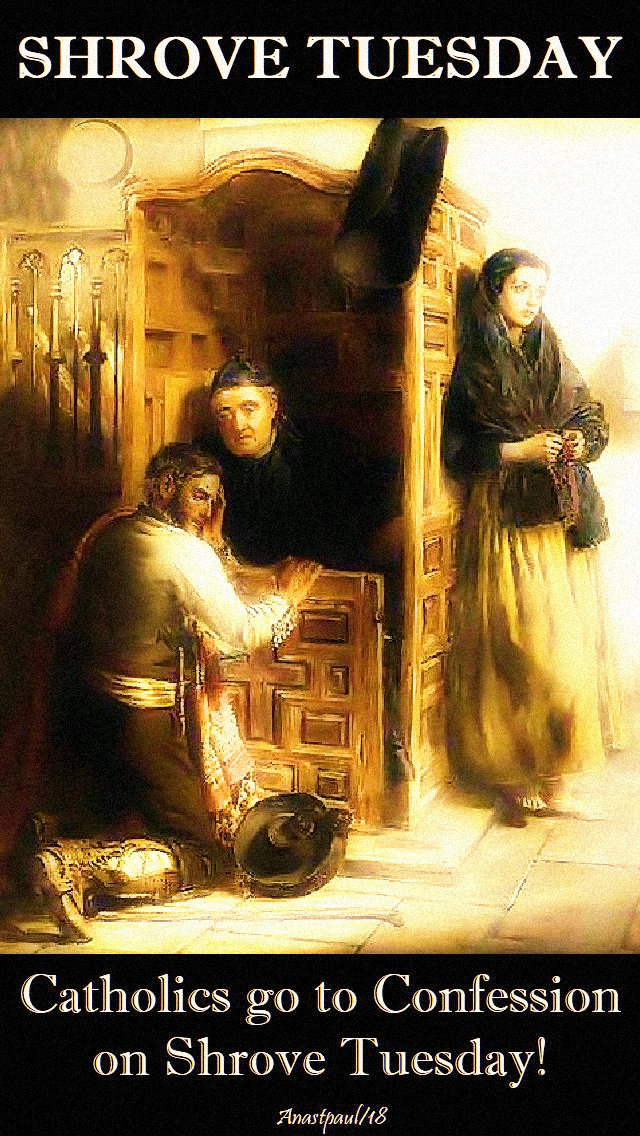 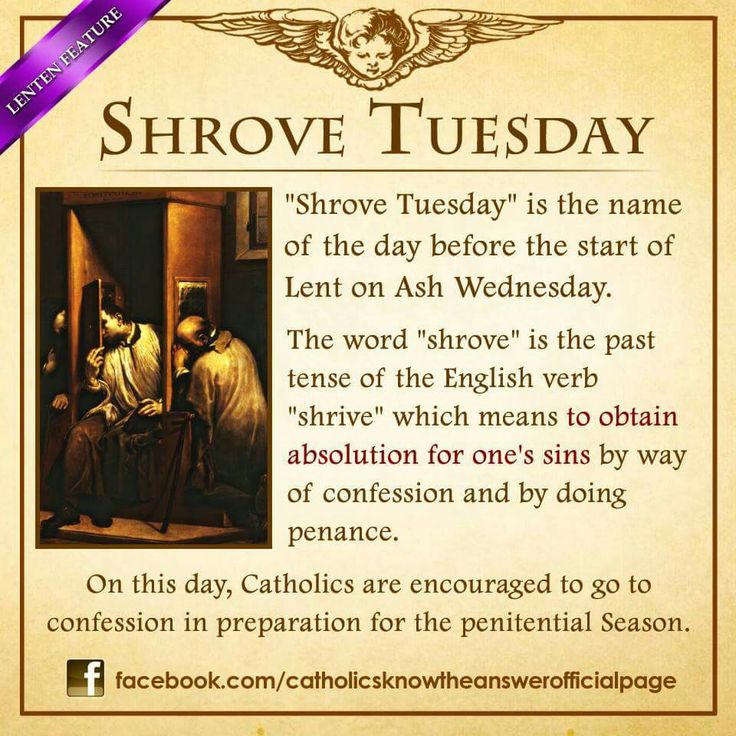 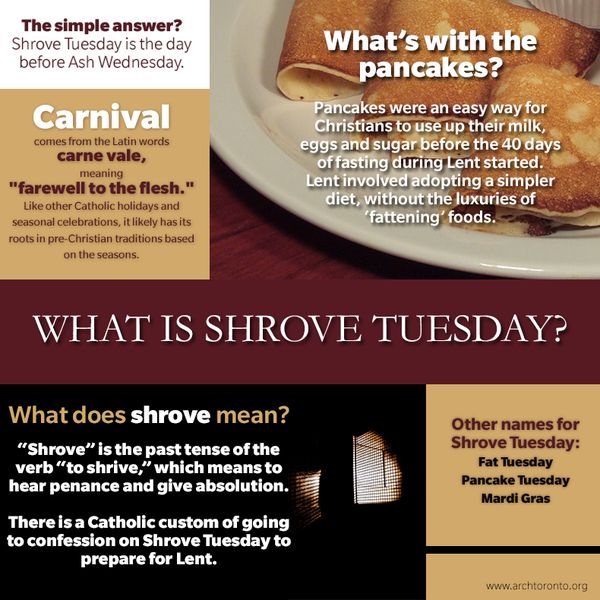 From the earliest days of Christianity, Lent, the penitential period before Easter, has always been a time of fasting and abstinence.

While the Lenten fast today is confined to Ash Wednesday and Good Friday and abstinence from meat is required only on Ash Wednesday, Good Friday and the other Fridays of Lent, in previous times (and not so long away either, ask anyone over 60) the fast was quite severe.   Christians abstained from all meat and items that came from animals, including butter, eggs, cheese and fat.

That is why Shrove Tuesday became known as Mardi Gras, the French term for Fat Tuesday.   Over time, Mardi Gras extended from a single day to the entire period of Shrovetide, the days from the last Sunday before Lent through Shrove Tuesday.

In the countries that speak Romance language (languages derived primarily from Latin), Shrovetide is also known as Carnivale—literally, “farewell to meat.”   In the English-speaking countries, Shrove Tuesday became known as Pancake Day, because Christians used up their eggs, butter and milk to make pancakes and other pastries.

“You have no doubt heard that our kind Father, Master Jordan, his two companions and ninety-nine other persons have been taken from this wicked world by shipwreck in a violent storm.   However, dear brothers, do not let your hearts be saddened by this awful calamity;  for God, in His mercy, has already greatly consoled us, who have become orphans through the untimely death of a good Father.   After the storm, the bodies of our three confrères were washed ashore and bright lights in the form of crosses shone over them every night until they were found and buried where they lay by those who escaped from the disaster.   These, together with many others, have borne testimony to the miracle.   Moreover, the inhabitants of the neighbourhood, drawn to the place of the catastrophe by reports of so marvellous an occurrence, testify that they experienced a sweet fragrance all round;   while those who touched the bodies declare that this fragrance did not leave their hands for more than ten days.   Indeed, this same sweet odour pervaded the locality until the fathers at Ptolomais came in a boat and took up the bodies for burial in the conventual church of that city.   There now repose the remains of our late beloved Master General;  and many wonders have in this short time been attributed to his intercession.   Blessed be God in all His works. Amen”

All through his religious life the second head of the Order had been regarded as a very saintly man.   A number of prodigies were said to have been wrought by him.   Others came after his death;  while several very holy persons declared that, in visions, they saw his soul ascend into heaven.   All this, together with the facts recorded in the letter just quoted, occasioned a devotion to the man of God which continued through the course of centuries and caused him to be given the title of Blessed Jordan of Saxony.   After a thorough study of this immemorial veneration by the Sacred Congregation of Rites, Leo XII, who reigned from 1823 to 1829, allowed the Friars Preacher the world over to say mass and recite the divine office in his honour.   Throughout his Order he is held in an esteem second only to that which is accorded to Saint Dominic.

It is not commonly known or understood the highly efficacious intercession available to us all and thus we pray, Blessed Jordan of Saxony, Pray for us! 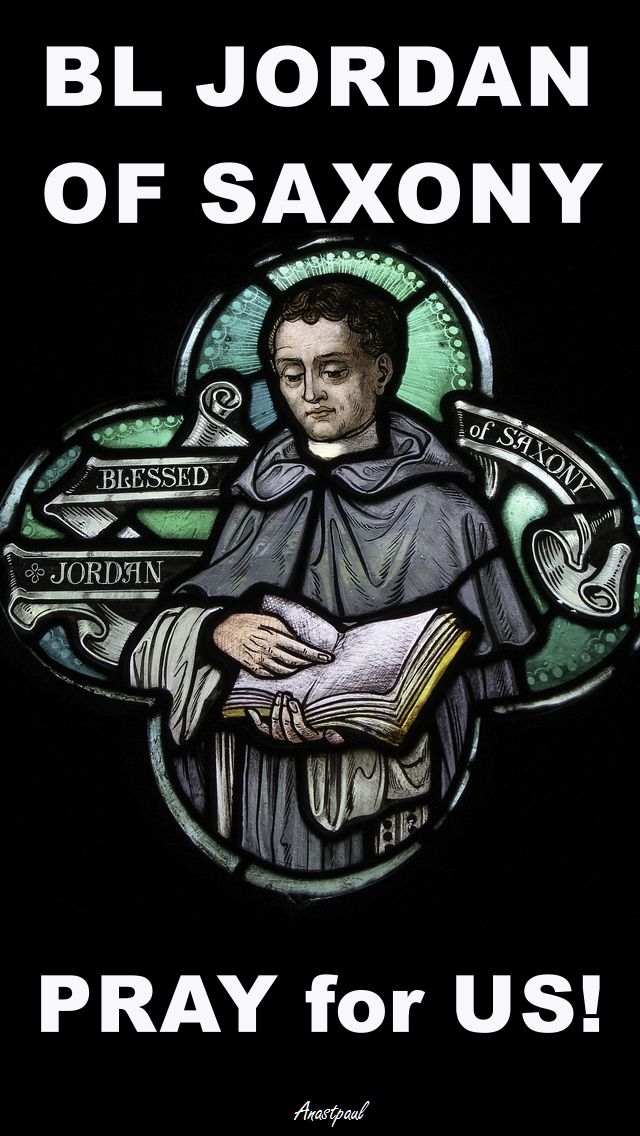 “There are two ways of keeping God’s word, namely, one, whereby we store in our memory what we hear and the other, whereby we put into practice, what we have heard (and none will deny that the latter is more commendable, inasmuch, as it is better to sow grain, than to store it in the barn).” 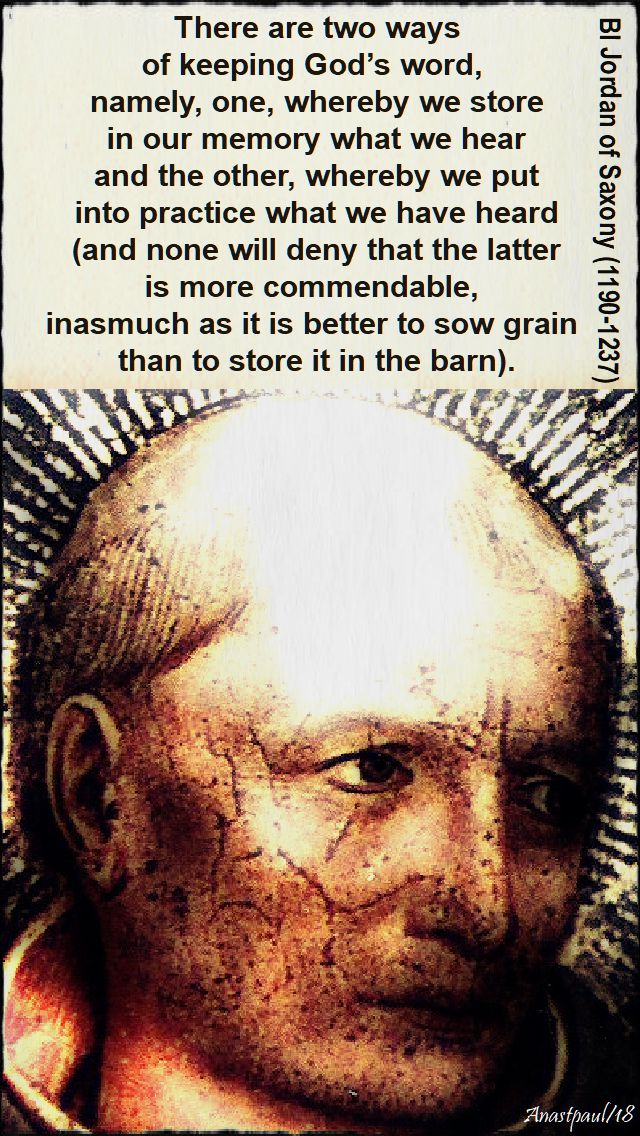 “I have given them your word and the world has hated them, for they are not of the world any more than I am of the world. My prayer is not that you take them out of the world but that you protect them from the evil one.”…John 17:14-15 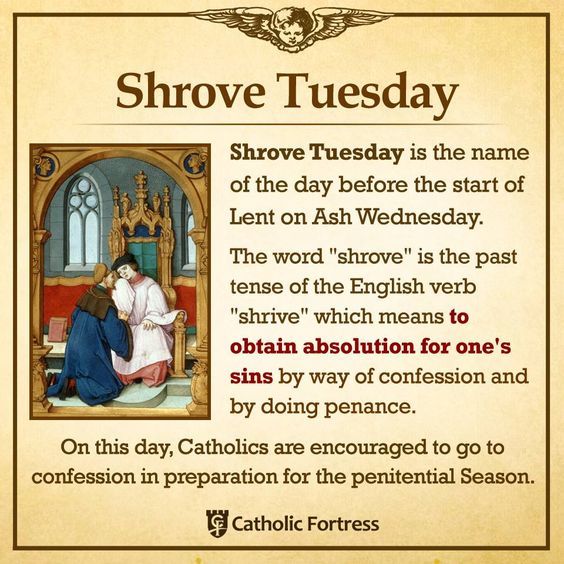 REFLECTION – “In this sense, then, the world is everything that is opposed to our Lord Jesus Christ, that refuses to recognise Him and that resists His divine guidance.   Those false maxims which tend to weaken the love of God in our souls;  which recommended the vanities that fasten our hearts to this present life;  which cry down everything that can raise us above our weaknesses or vices;  which decoy and gratify our corrupt nature by dangerous pleasures, which, far from helping us to the attainment of our last end, only mislead us-all these are ‘the world.'”…Abbot Dom Prosper Gueranger (The Liturgical Year) 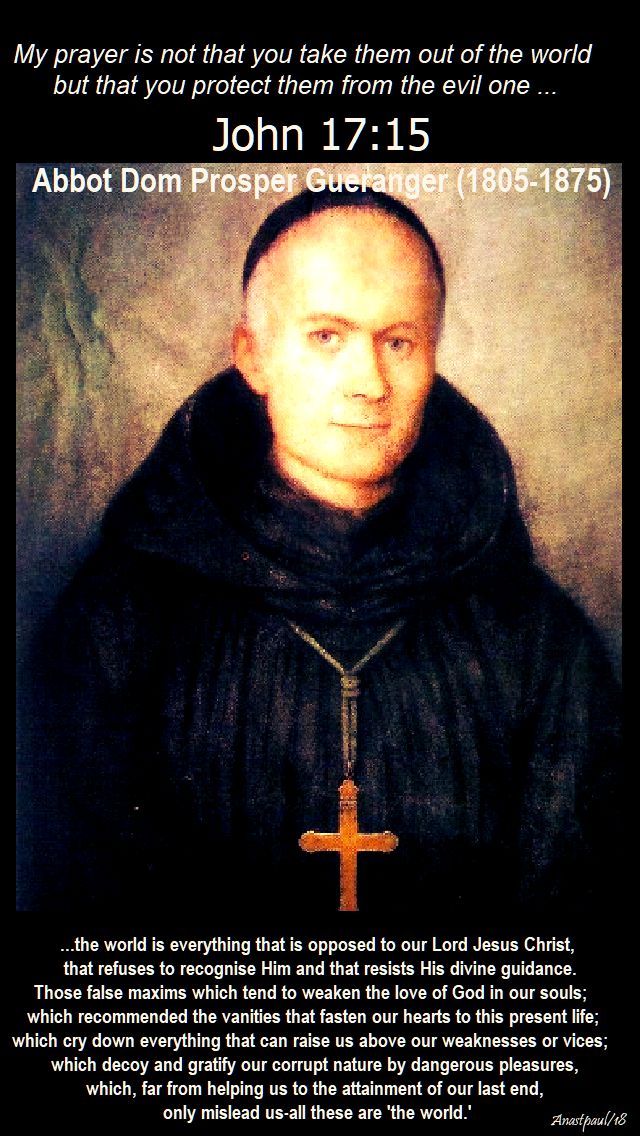 PRAYER – All-provident Lord, my God, You are my Father and in You is all my hope and trust. Teach me to live according to Your precepts, knowing that through them I will attain virtue and thus be filled with true joy.   Help me to love Your Creation but never to succumb to the enticements of the material world which constantly beckon and attempt to seduce my love.   Grant us all strength during our Lenten journey to minimise the snares of the ‘world’ around us and to open our hearts only to You.   Through our Saviour, who came to teach us and lead us, in unity with the Holy Spirit, one God, amen. 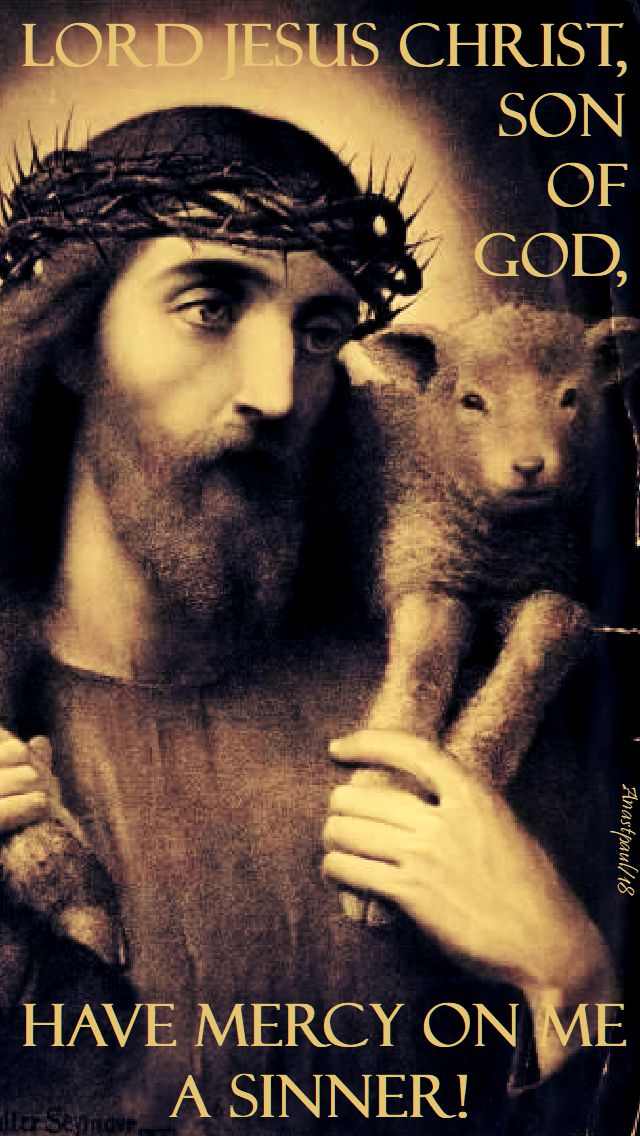 Our Morning Offering – 13 February – The Memorial of Blessed Jordan of Saxony O.P.

We pray to You, O Lord,
who are the supreme Truth,
and all truth is from You.
We beseech You, O Lord,
who are the highest Wisdom,
and all the wise depend on You for their wisdom.
You are the supreme Joy,
and all who are happy owe it to You.
You are the Light of minds,
and all receive their understanding from You.
We love, we love You above all.
We seek You, we follow You,
and we are ready to serve You.
We desire to dwell under Your power
for You are the King of all.
Amen. 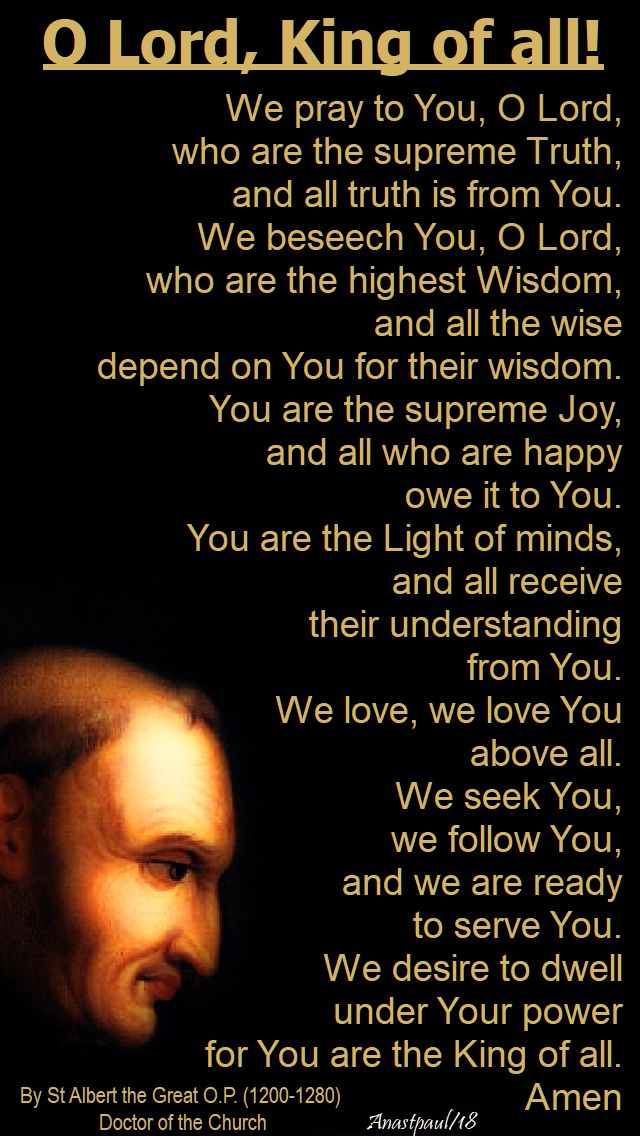 Saint of the Day – 13 February – Blessed Jordan of Saxony O.P. (1190-1237) Religious Priest, Preacher, the Second Master-General of the Domican Order, after St Dominic himself.   He was born in 1190 at Padberg Castle, diocese of Paderborn, Westphalia, old Saxony (in modern Germany), though it is rumoured to have been born in Palestine while his parents were on a pilgrimage, and named after the River Jordan but this is apparently aprochryphal.   He died by drowning in 1237 in a shipwreck off the coast of Syria while on a pilgrimage to the Holy Land.  He is buried in Acre.   Patronages – against drowning, of the Dominican Order, Vocations to the Dominicans.   Attributes – Dominican writing, a pen, a lily.

Mothers hid their sons when Master Jordan came to town…

These ten short words sum up in a humorous kind of way, the outstanding legacy of the successor of St Dominic.   It not only gives the impression that this new group of mendicant preachers had a clearly defined and essential role to play, challenging the infectious heresies so prevalent at the time (as was confirmed by Pope Honorius III in 1216 when he formally recognised the Order) but also that people were powerless to resist when confronted with it.   Of Blessed Jordan we are told that that during his tenure as Master General, between 1222 and 1237, over 1000 novices joined the Dominicans, new convents were established and new provinces formed.   Under his rule the Order continued to win many of the best men available, particularly in the Universities where many a Professor was seduced.   With such a charming figure sweeping through the neighbourhood is it any wonder that mothers tried to keep their sons out of reach?

A German of noble descent born in 1190, he had been in the Order a mere two years before his election as Master General in 1222.   By today’s standards, his rapid accession may appear hasty, a point he himself was quick to highlight when he became the first Provincial of Lombardy in 1221.   In the Libellus he writes:

‘In 1221, at the General Chapter in Bologna, they saw fit to make me the first Provincial of Lombardy, although I had only been in the Order one year and had not struck root as deeply as I ought to have done.   I was to be placed over others as their superior, before I had learned to govern my own imperfection.   I was not present at this Chapter myself.’ 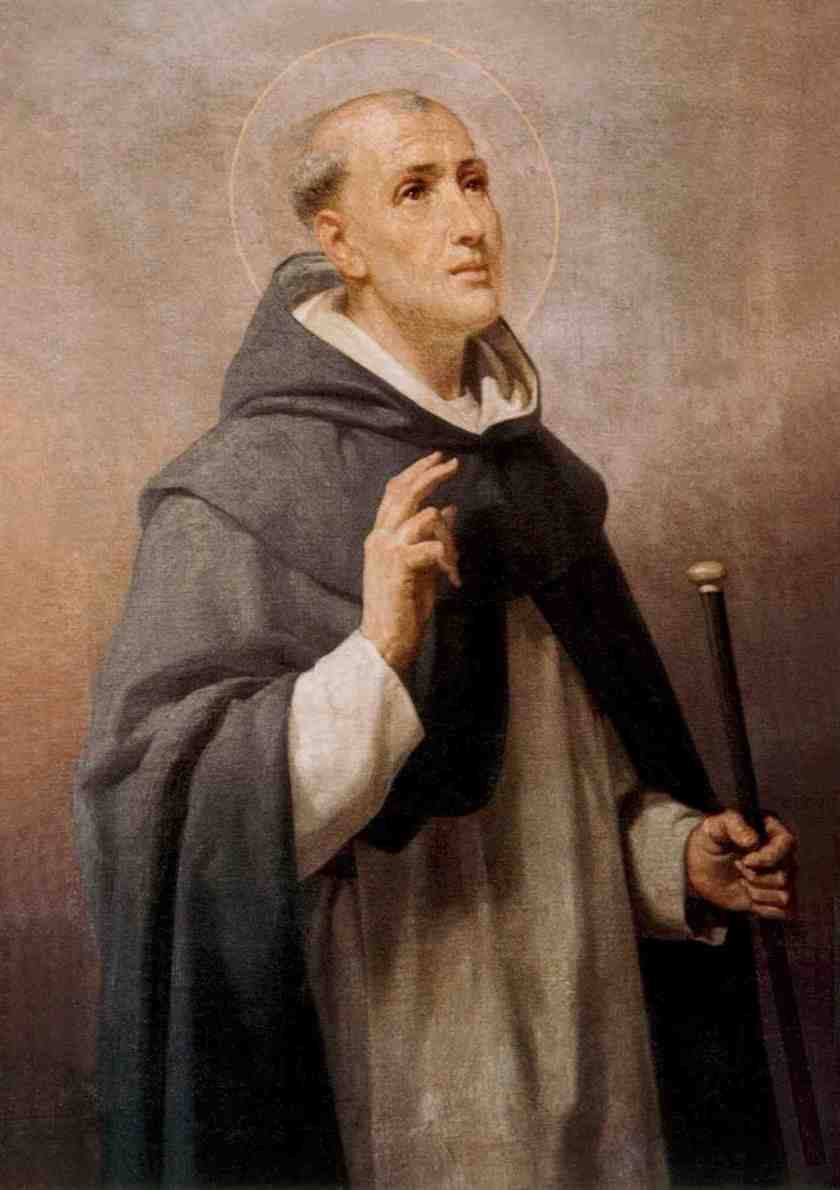 Despite his anxiety, he must have made quite an impression on his brothers during his short tenure in the Order.   We are told about the type of person he was by those who knew.   It is obvious that he possessed all those qualities the ideal leader should have. Inspired by his brother and friend St Dominic, he was abounding in faith, kind and compassionate, humble, authoritative and yet at the same time understanding.   He had the ability to attract people by his sincerity.   His style of life complemented his style of words;  something that was evidently lacking at the time among the Clergy and Religious. This was vital at a time when ‘reform’ was the buzzword of the day.

His great love for the poor was well known. There is a story said of him that:

‘Meeting a vagabond upon the road who feigned sickness and poverty, he gave him one of his tunics, which the fellow at once carried straight to a tavern for drink.   The brethren, seeing this done, taunted him with his simplicity:  ‘There now, Master, see how wisely you have bestowed your tunic.’  ‘I did so,’ said he, ‘because I believed him to be in want through sickness and poverty and it seemed at the moment to be a charity to help him;  still, I reckon it better to have parted with my tunic than with charity.’

Our Blessed Jordan may well be still speaking to us today!   Not all those people who present themselves as being needy these days may be genuine.   However, when we stop caring, we stop striving to be like Jesus.   Let us never restrain God’s work in our hearts but allow ourselves to be moved by compassion  . Perhaps it was this genuineness that caused Mothers in the district to be wary of his arrival. 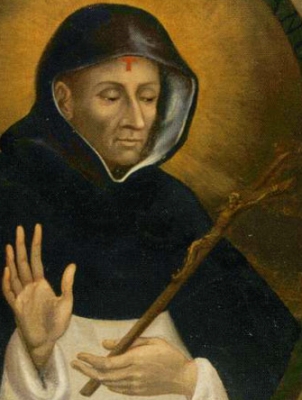 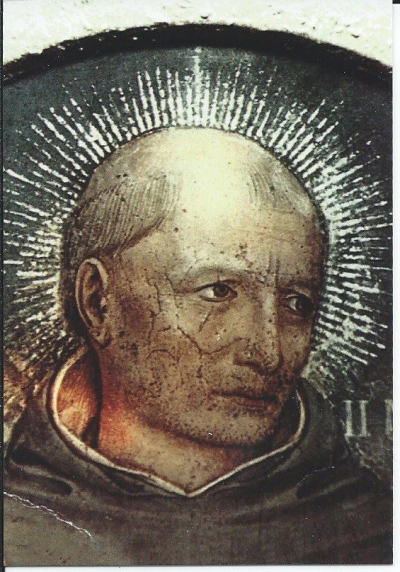 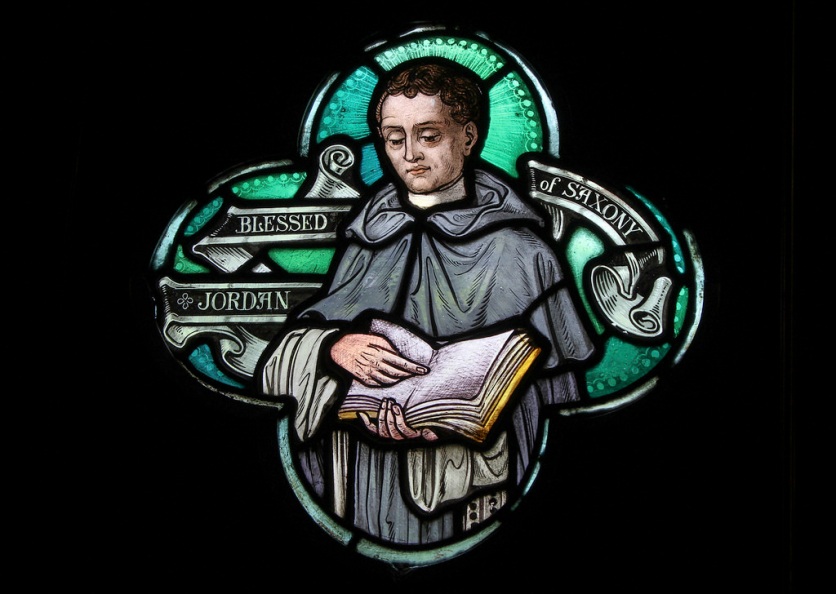 Jordan died in a shipwreck on his return from Palestine, where he had visited the local convents of the Order;  the shipwreck occurred off the coast of Syria in 1237.   It is perhaps fitting that this great servant of the Order of Preachers, who was kept at arm’s length by the Mothers who feared his magnetic appeal on their sons, should nestle snuggly within the loving embrace of the Mother of God as famously depicted in that famous vision of St Dominic. 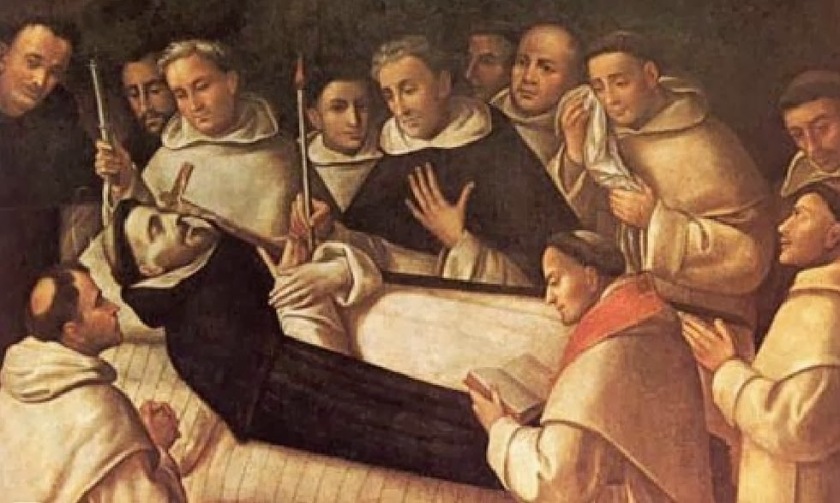 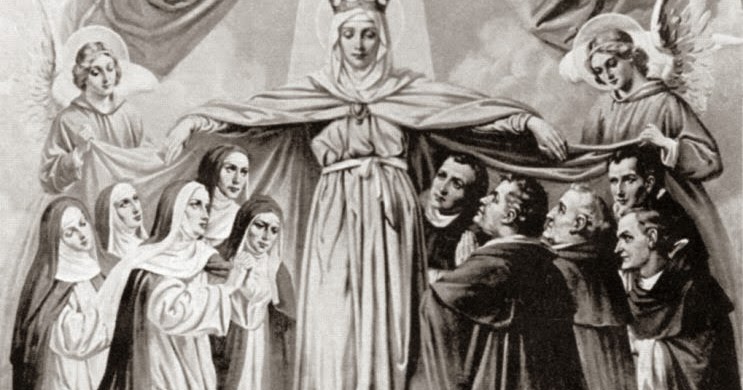