Feast of Our Lady, Help of Christians – 24 May – Also known as Auxilium Christianorum. 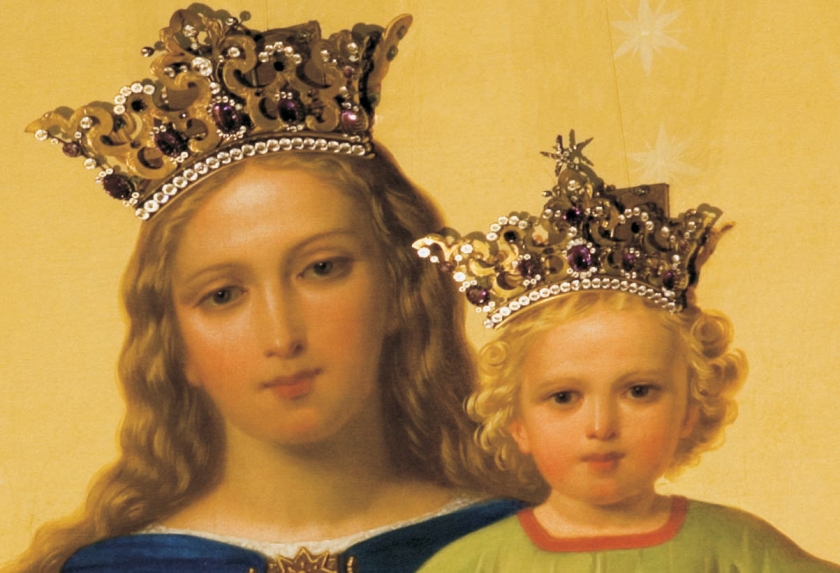 The tradition of this advocation goes back to 1571, when the whole of Christendom was saved by Our Lady, Help of Christians when Catholics throughout Europe prayed the Rosary.   The great battle of Lepanto occurred on 7 October 1571.   For this reason, this date has been chosen as the feast of the Holy Rosary.   In 1573 Pope Pius V instituted the feast in thanksgiving for the decisive victory of Christianity over Islamism. 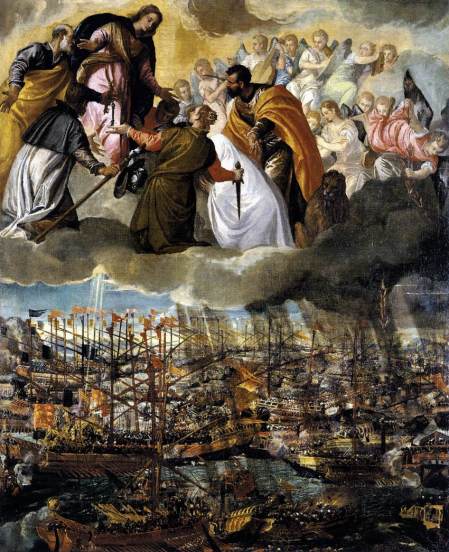 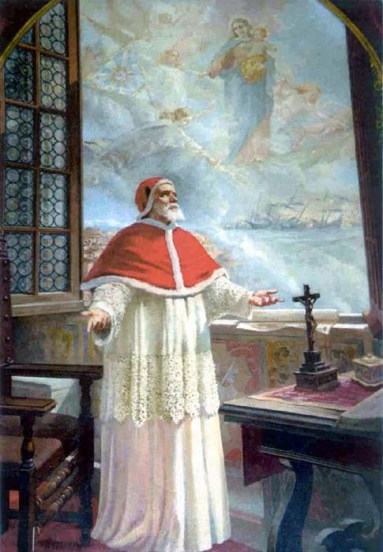 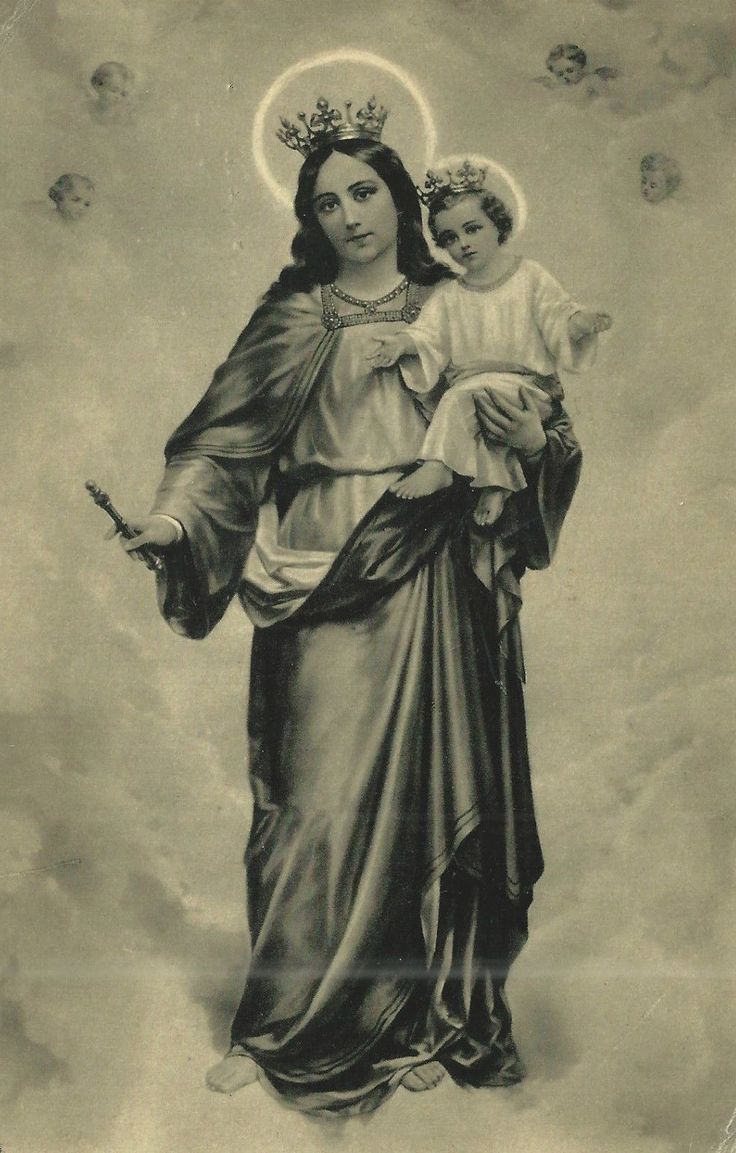 In 1809, Napoleon’s men entered the Vatican, arrested Pius VII and brought him in chains to Grenoble and eventually Fontainbleau.   His imprisonment lasted five years. The Holy Father vowed to God that , if he were restored to the Roman See, he would institute a special feast in honour of Mary.   Military reverses forced Napoleon to release the Pope and on May 24th 1814, Pius VII returned in triumph to Rome.   Twelve months later, the Pope decreed that the feast of Our Lady, Help of Christians, be kept on 24 May. 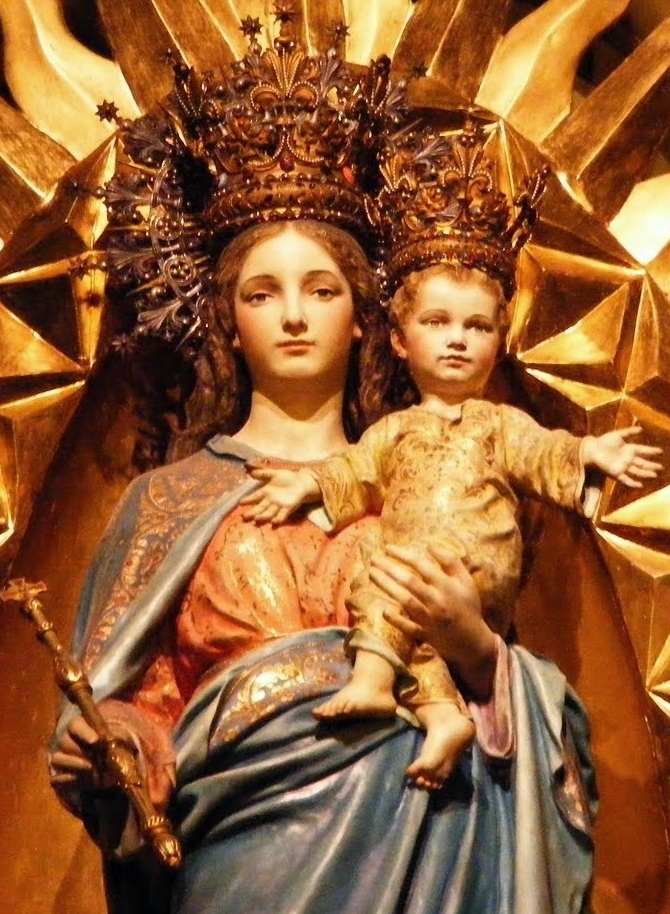 St John Bosco (1815 – 1888) was a dynamic priest who founded the Salesian Order in the XIX century in Italy.   His many prophetic dreams, beginning at age nine, guided his ministry and gave insights on future events. 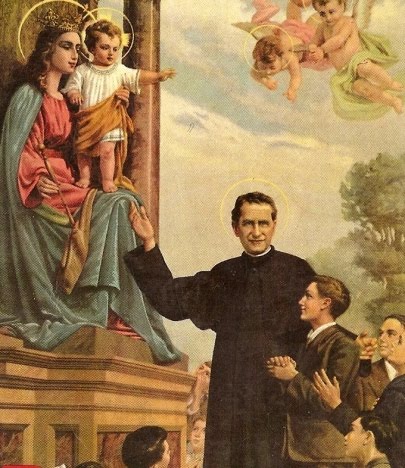 On 14 May 1862, Don Bosco dreamed about the battles the Church would face in the latter days.   In his dream, the Pope of those days anchors the ‘ship’ of the Church between two pillars, one with a statue of Our Lady ( the Auxilium Christianorum or ‘Help of Christians’) and the other with a large Eucharistic Host. 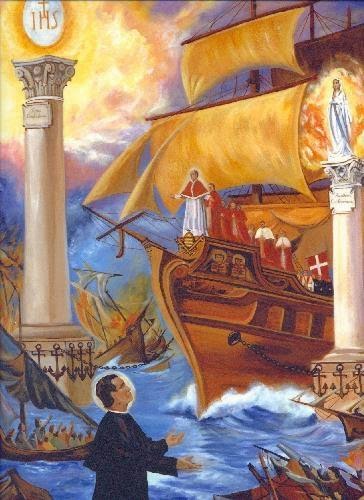 St John Bosco wrote about his congregation, the Salesians:  “The principal objective is to promote veneration of the Blessed Sacrament and devotion to Mary, Help of Christians.   This title seems to please the august Queen of Heaven very much.”

The Salesian Sisters of St John Bosco or Daughters of Mary, Help of Christians, are the sister order of the Salesians of Don Bosco.

St John Bosco, himself, on 9 June1868, dedicated to Our Lady Help of Christians, the mother church of his congregation at Turin (Italy).   The Salesian Fathers and their Sisters have carried the devotion to their numerous establishments all over the world. 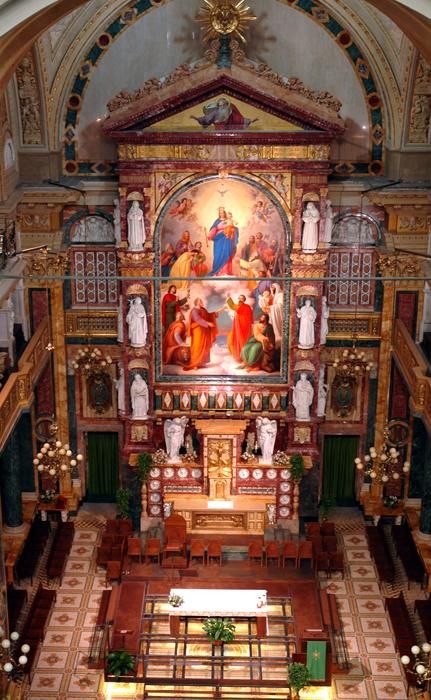 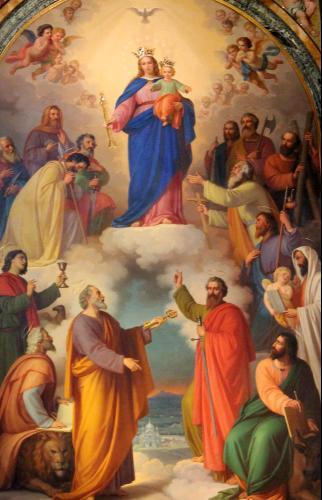 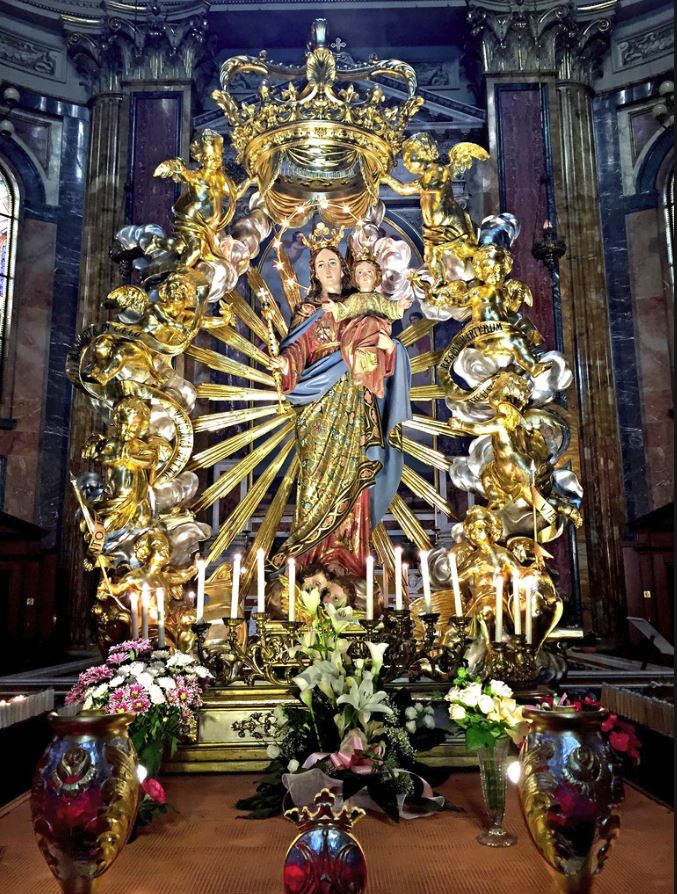