Christianity arrived in China by way of Syria in the 600s.   Depending on China’s relations with the outside world, Christianity over the centuries was free to grow or was forced to operate secretly.   A period of persecution in regard to the Christian religion occurred in the nineteenth century. 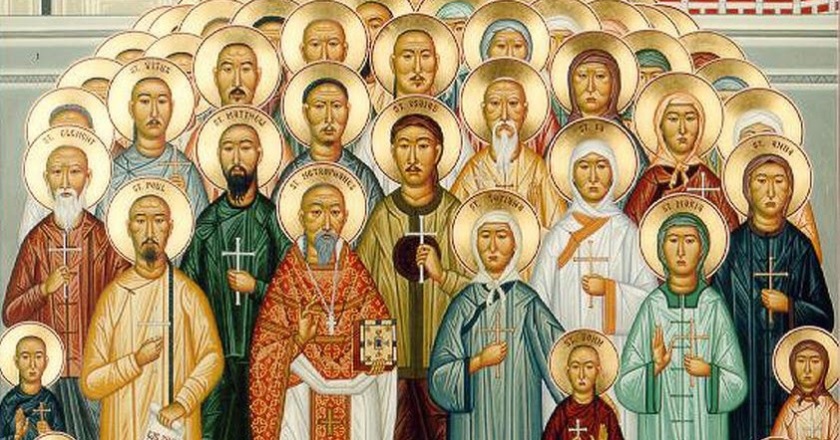 While Catholicism had been authorised by some Emperors in the preceding centuries, Emperor Kia-Kin (1796-1821) published, instead, numerous and severe decrees against it. The first was issued in 1805.   Two edicts of 1811 were directed against those among the Chinese who were studying to receive sacred orders and against priests who were propagating the Christian religion  . A decree of 1813 exonerated voluntary apostates from every chastisement, that is, Christians who spontaneously declared that they would abandon their faith but all others were to be dealt with harshly. 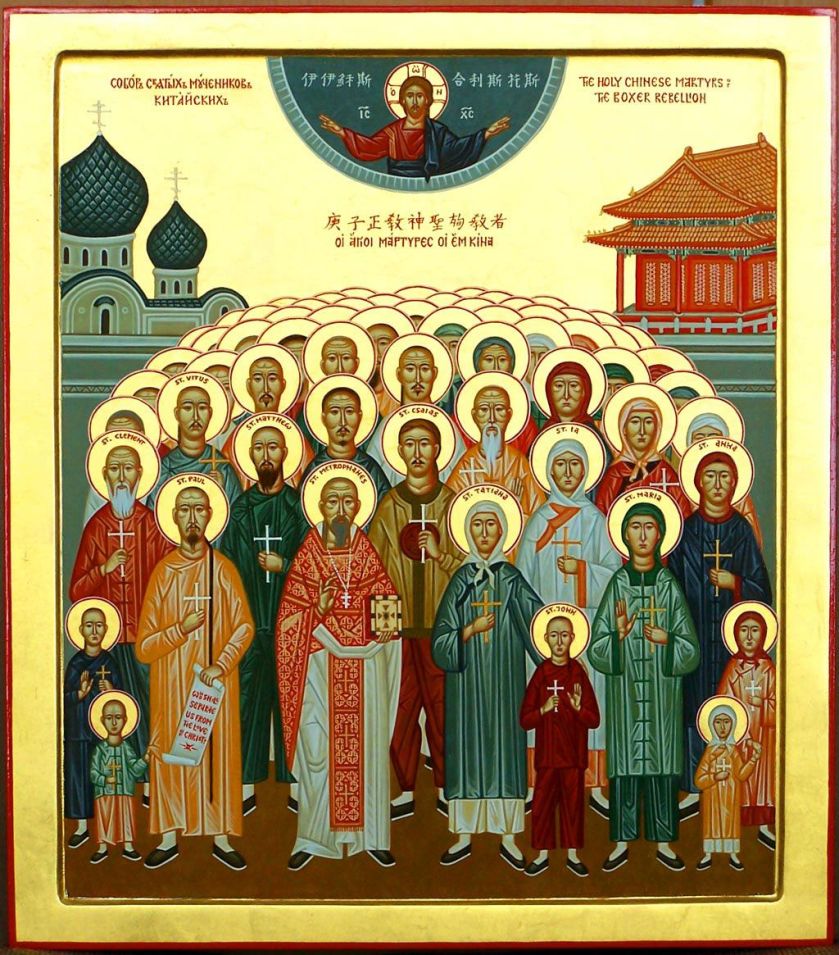 In 1815 there came two other decrees, with which approval was given to the conduct of the Viceroy of Sichuan who had beheaded Monsignor Dufresse, of the Paris Foreign Missions Society (MEP) and some Chinese Christians.   As a result, there was a worsening of the persecution.

St John Gabriel Taurin Dufresse, MEP, Bishop, was arrested on the 18th of May 1815, taken to Chengdu, condemned and executed on 14 September 1815.

Saint Augustine Zhao Rong was a Chinese diocesan priest.   Having first been one of the soldiers who had escorted Monsignor Dufresse from Chengdu to Beijing, he was moved by his patience and had then asked to be numbered among the neophytes.   Once baptised, he was sent to the seminary and then ordained a priest.   Arrested, he had to suffer the most cruel tortures and then died in 1815.

They were Beatified in groups at various times but these 120 Martyrs were Canonised together in Rome on 1 October 2000 by St Pope John Paul II.