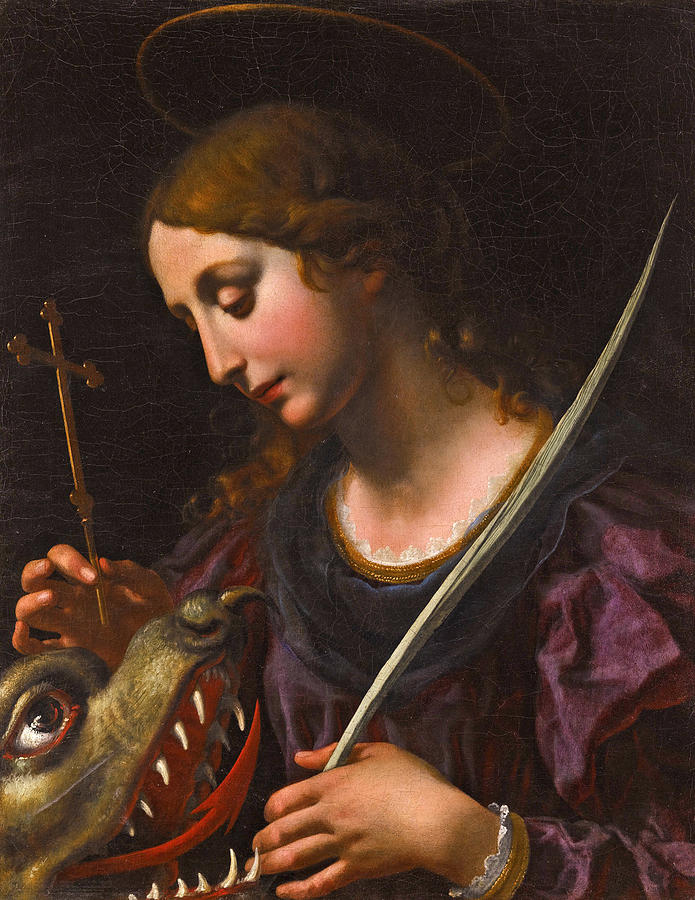 According to the version of the story in Golden Legend, she was a native of Antioch and the daughter of a pagan priest named Aedesius.   Her mother having died soon after her birth, Margaret was nursed by a Christian woman.   Having embraced Christianity and consecrated her virginity to God, Margaret was disowned by her father, adopted by her nurse and lived in the country keeping sheep with her foster mother (in what is now Turkey). 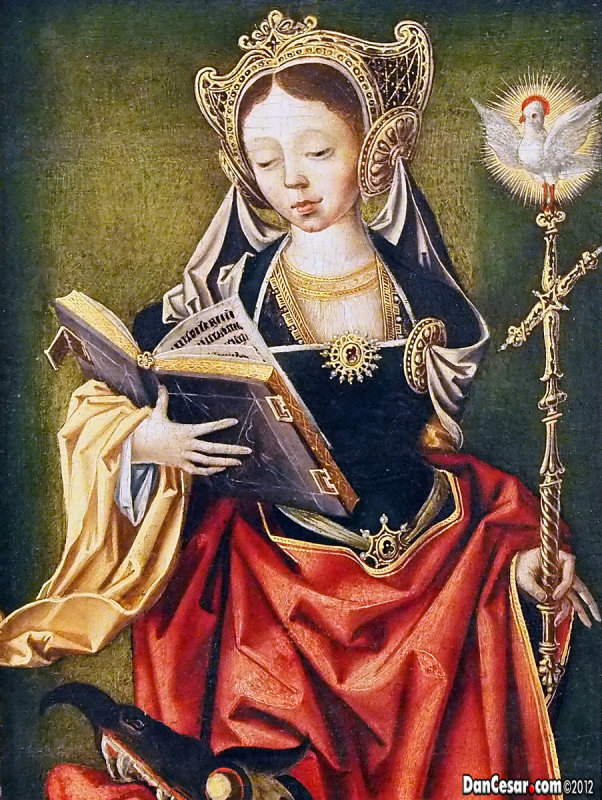 Olybrius, Governor of the Roman Diocese of the East, asked to marry her but with the demand that she renounce Christianity.   Upon her refusal, she was cruelly tortured, during which various miraculous incidents occurred.

One of these involved being swallowed by Satan in the shape of a dragon, from which she escaped alive when the cross she carried irritated the dragon’s innards.   The Golden Legend describes this last incident as “apocryphal and not to be taken seriously” (trans. Ryan, 1.369). 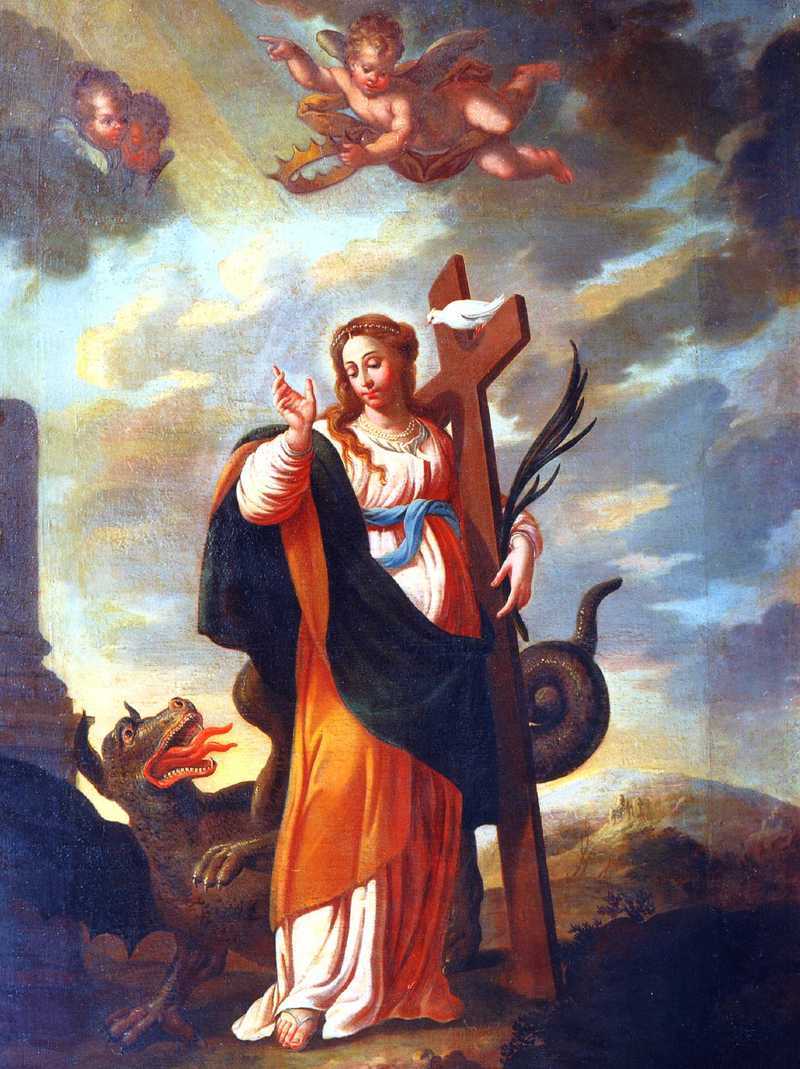 Whilst St Margaret is recognised as a saint by the Church, being listed as such in the Roman Martyrology for 20 July.   She was also included from the 12th to the 20th century among the saints to be commemorated wherever the Roman Rite was celebrated (on the Liturgical calendar) but was then removed from that list because of the entirely fabulous character of the stories told of her.

She became one of the most popular saints in England in the 9th century when her life was first recorded in English. Some two hundred early churches were dedicated to her, even though her legend had been declared apocryphal by the Pope as early as 494.   Be that as it may, the exaggerated miracles told of her life never deny her martyrdom for the faith.

Her remains and shrine are now kept at the Basilica of St Margaret at Monte-Fiascone in Tuscany, Italy – see below.