“Simon was worlds apart from Matthew, who, on the contrary, had an activity behind him as a tax collector that was frowned upon as entirely impure.   This shows that Jesus called His disciples and collaborators, without exception, from the most varied social and religious backgrounds.

It was people who interested Him, not social classes or labels!   And the best thing is that in the group of His followers, despite their differences, they all lived side by side, overcoming imaginable difficulties, indeed, what bound them together, was Jesus Himself, in whom they all found themselves united with one another.

This is clearly a lesson for us who are often inclined to accentuate differences and even contrasts, forgetting, that in Jesus Christ, we are given the strength to get the better of our continual conflicts.

Let us also bear in mind, that the group of the Twelve, is the prefiguration of the Church, where there must be room for all charisms, peoples and races, all human qualities that find their composition and unity in communion with Jesus.” 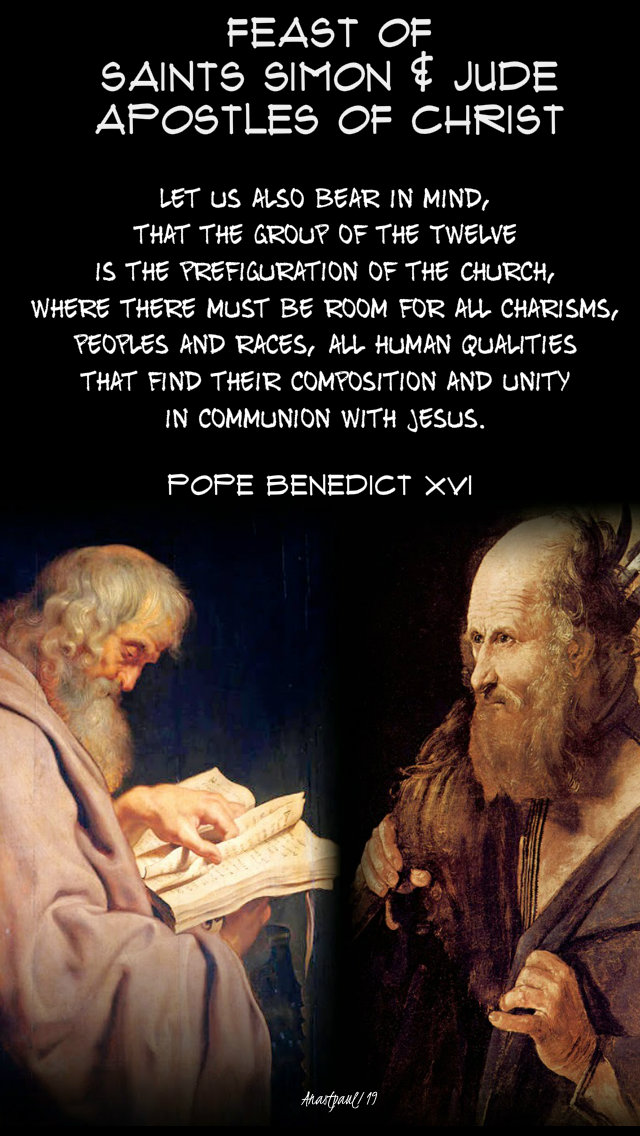 “Woe to them!
They followed the way of Cain …
These are blemishes …
as they carouse fearlessly
and look after themselves.
They are waterless clouds
blown about by winds,
fruitless trees in late autumn,
twice dead and uprooted.
They are like wild waves of the sea,
foaming up their shameless deeds,
wandering stars,
for whom the gloom of darkness
has been reserved forever.”