Because of doubts about the historicity of her legend, she was removed from the General Roman Calendar in the 1969 revision, though not from the Catholic Church’s list of saints.

Saint Barbara is often portrayed with miniature chains and a tower.   As one of the Fourteen Holy Helpers, Barbara continues to be a popular saint in modern times.   A 15th-century French version of her story credits her with thirteen miracles, many rest upon the security she offered, that her devotees would not die before getting to make confession and receiving extreme unction. 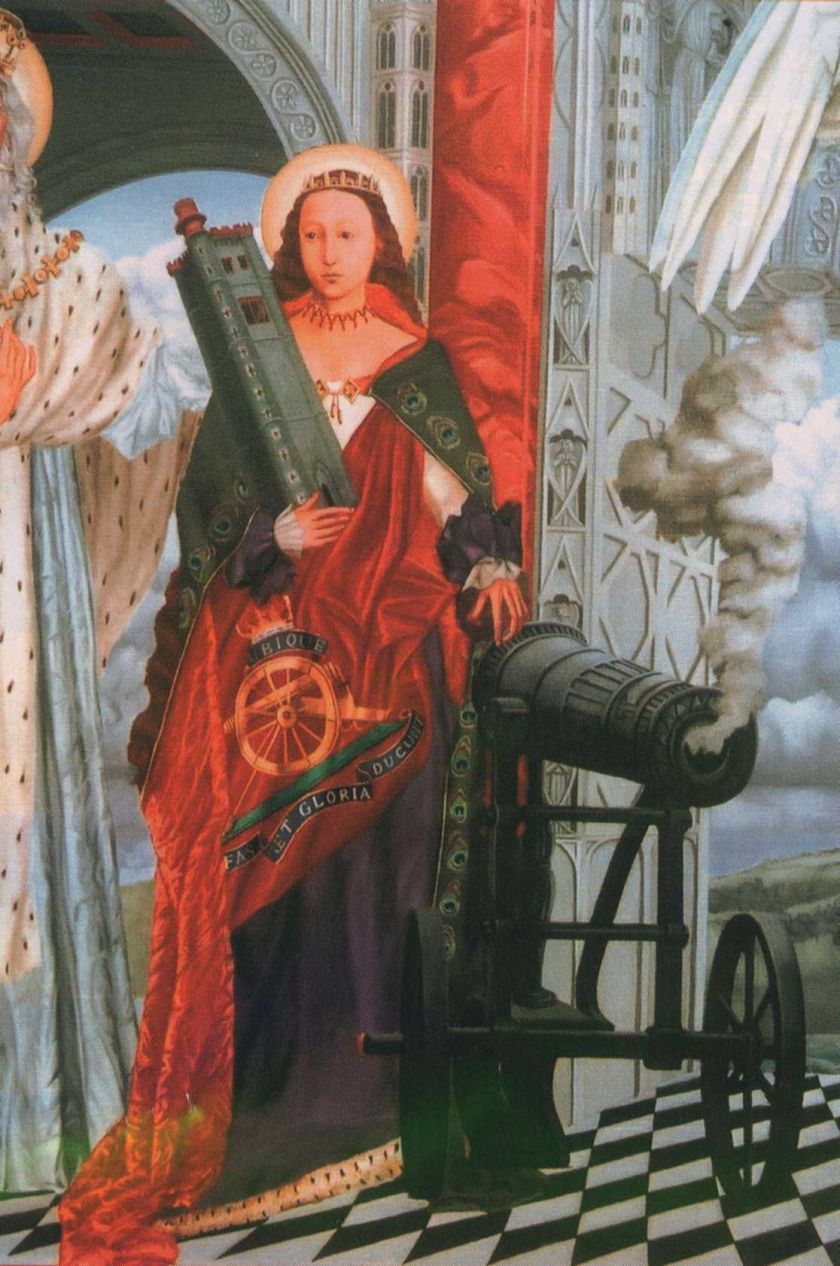 According to the hagiographies, Barbara, the daughter of a rich pagan named Dioscorus, was carefully guarded by her father who kept her locked up in a tower in order to preserve her from the outside world.   Having secretly become a Christian, she rejected an offer of marriage that she received through her father.

Before going on a journey, her father commanded that a private bath-house be erected for her use near her dwelling and during his absence, Barbara had three windows put in it, as a symbol of the Holy Trinity, instead of the two originally intended.   When her father returned, she acknowledged herself to be a Christian, whereupon he drew his sword to kill her but her prayers created an opening in the tower wall and she was miraculously transported to a mountain gorge, where two shepherds watched their flocks.   Dioscorus, in pursuit of his daughter, was rebuffed by the first shepherd but the second betrayed her.   For doing this, he was turned to stone and his flock was changed to locusts. 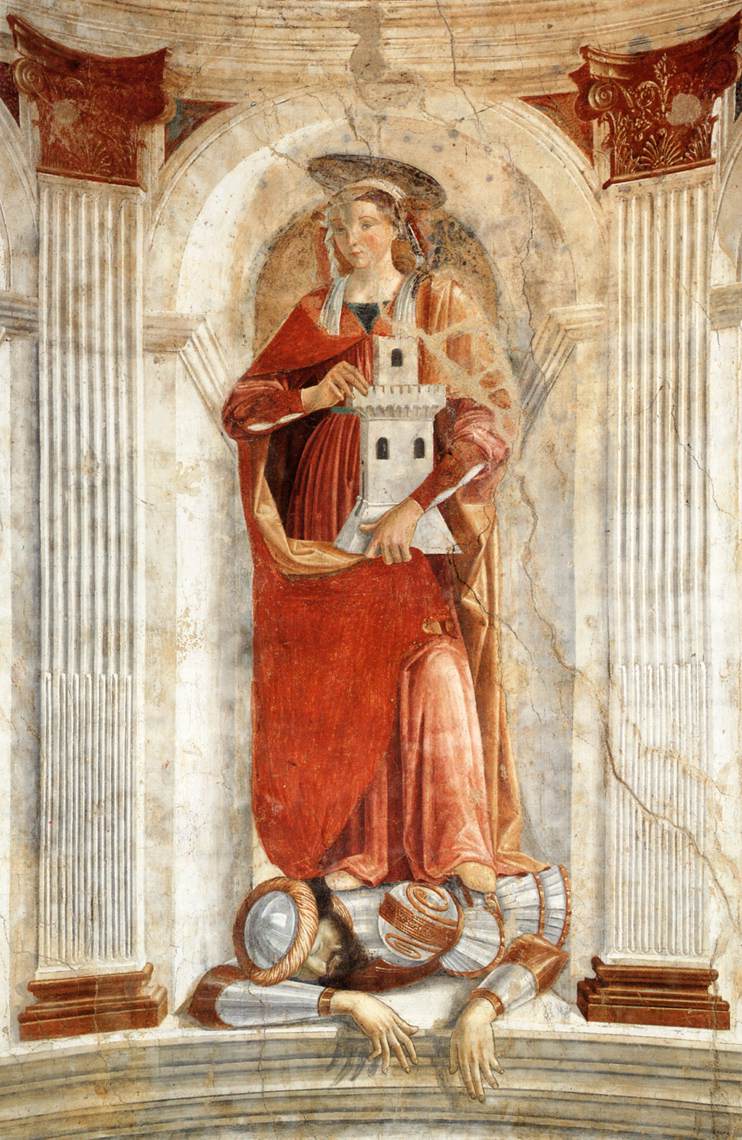 Dragged before the prefect of the province, Martinianus, who had her cruelly tortured, Barbara remained faithful to her Christian faith.   During the night, the dark prison was bathed in light and new miracles occurred.   Every morning, her wounds were healed. Torches that would be used to burn her, were extinquished as they approached her.  Finally, she was condemned to death by beheading.   Her father himself carried out the death-sentence.   However, as punishment, he was struck by lightning on the way home and his body was consumed by flame.   Barbara was buried by a Christian, Valentinus and her tomb became the site of miracles.   This summary omits picturesque details, supplemented from Old French accounts. 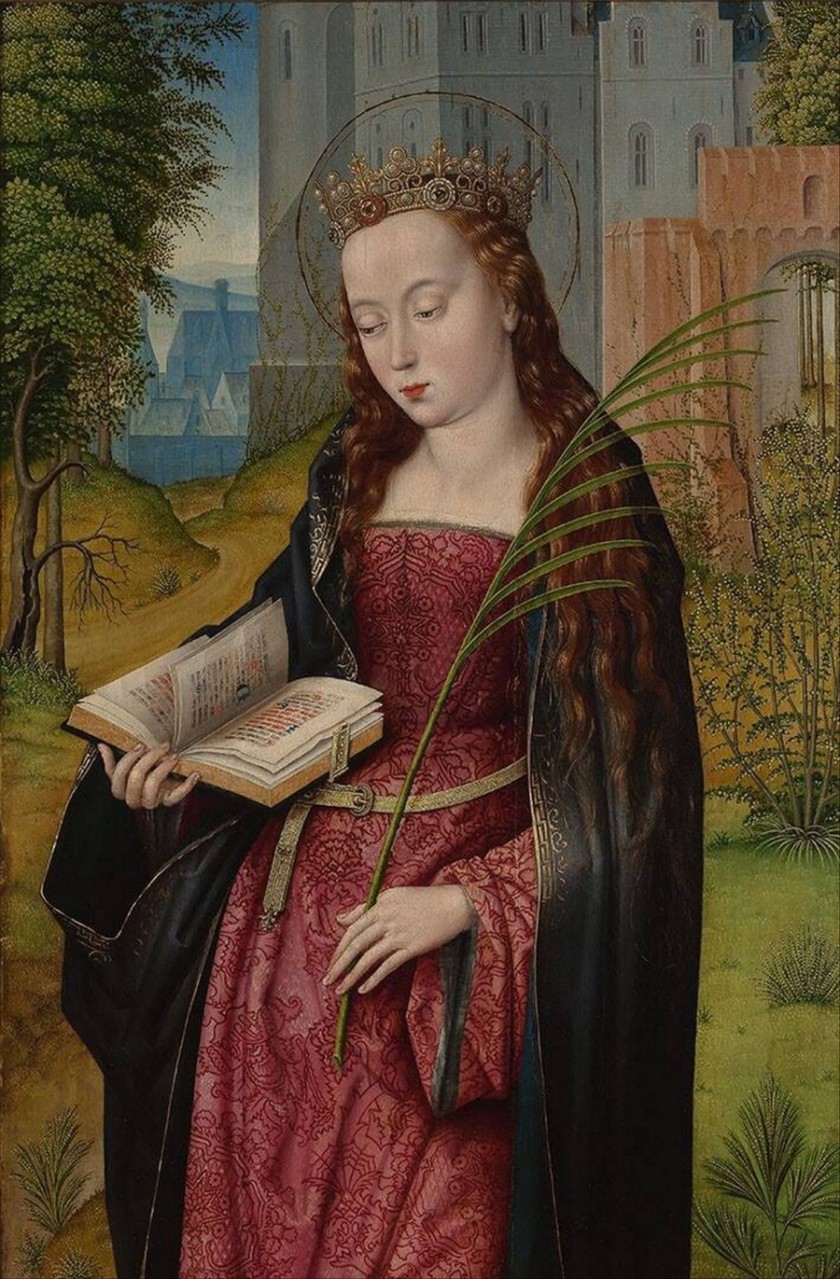 According to the Golden Legend, her martyrdom took place on 4 December “in the reign of emperor Maximianus and Prefect Marcien” (r. 286–305);  the year was given as 267 in the French version.