Saint of the Day – 7 December – St Maria Giuseppa Rosello FdM (1811-1880) Religious sister and Founder of the Daughters of Our Lady of Mercy.   Also known as St Maria Joseph Rosello – Born as Benedetta Rosello on 27 May 1811 at Albissola Marina, Liguria, diocese of Savona, Italy and died on 7 December 1880 (aged 69) in Savona, Italy. She is the Patron of the Order she founded.

Chosen by God to accomplish this task was an unassuming young woman named Benedetta Rossello, today invoked as Saint Maria Joseph Rossello.   Pope Pius XII raised her to the altars of sainthood on 12 June 1949.

One of nine children, her father was a potter.   Born in poverty, she suffered from poor health all her life.   Pious from early youth she tried to enter a religious order but was refused admission due to her health and lack of dowry.   The pious, childless couple she worked for could have given her a dowry but would not because they did not want to lose her as member of their family.   Benedetta was devoted to the Blessed Virgin Mary which led her to becoming a member of the Third Order of Saint Francis at the age of sixteen.   Benedetta would become the sole support of her family after the death of her mother and second brother and her sister, Josephine and then her father too.

“Oh, that I could find a generous person who would care for these neglected children of my flock.”   These were the words of Bishop De Mari of Savona one day as he came upon a group of uncouth girls playing on the street.   Benedetta heard them as words from heaven and offered her services to the Bishop immediately.

Bishop DeMari was quick to see in the young woman before him a truly apostolic and generous person whom God had destined for great work.   He did not hesitate to confide his plans to her, as he realised that God had sent Benedetta to him.

On 10 August 1837, Benedetta Rossello and three companions who shared her vision laid the foundation of a new religious family in the Church – the Congregation of the Daughters of Our Lady of Mercy.   They began in a small unpretentious house in the city of Savona on a street called Vico del Vento.

After a brief but intense period of preparation, the Bishop presented a religious habit to each young woman as well as a new name to symbolise their consecration to God and His service.   Benedetta became Sister Maria Joseph because Saint Joseph was to be her protector, provider and father throughout her whole life.   Two years later, the new Sisters sealed their consecration to God by taking the three vows – poverty, chastity and obedience.   These new Religious – the first Daughters of Our Lady of Mercy – dedicated themselves wholeheartedly to the work for which God had called the new Congregation to life – the education of youth, the care of the sick and all the works of mercy.

The Daughters of Our Lady of Mercy spread rapidly throughout Italy and during the lifetime of the Foundress, even to South America.   In 1875, Saint Maria Joseph Rossello sent 15 Sisters to Buenos Aires, Argentina and there too, they spread far and wide, now having foundations in Brazil, Chile, Uruguay, Peru and many parts of Argentina.

In 1919, the Daughters of Our Lady of Mercy arrived in North America in response to an appeal similar to that of Bishop DeMari.   They were requested to open a Social and Parish Mission Center in Springfield, MA, principally to offer religious Instruction to the children.   Thus the mission and spirit of St Maria Joseph Rossello was extended to the United States.

Presently, the Daughters of Our Lady of Mercy minister in 19 countries on 5 continents. They may be found in Italy, Africa, India, Germany, Romania as well as North and South America and the Caribbean Islands. 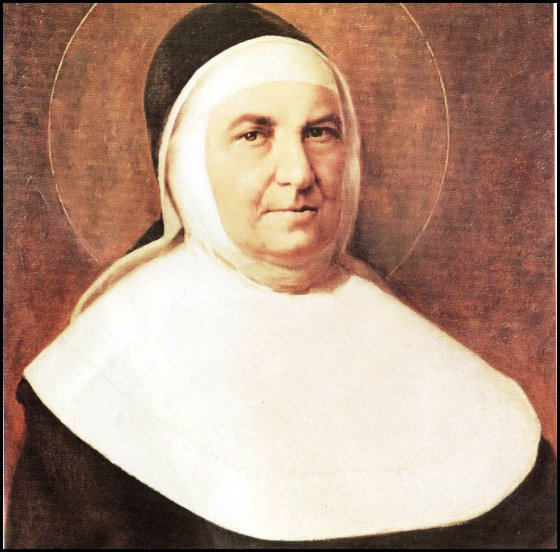