Our Morning Offering – The Weekdays of Advent – 20 December

Hail, heavenly beam,
brightest of angels Thou,
sent unto men upon this middle-earth.
Thou art the true refulgence of the sun,
radiant above the stars
and from Thyself illuminest
forever, all the tides of time.
And as Thou, God indeed,
begotten of God,
Thou Son of the true Father,
wast from aye,
without beginning, in the heaven’s glory,
so now Thy handiwork in its sore need
prayeth Thee boldly, that Thou send to us
the radiant sun
and that Thou come Thyself
to enlighten those who for so long a time
went wrapt around with darkness
and here in gloom
have sat the livelong night,
shrouded in sin.

Cynewulf is one of twelve Old English poets known by name and one of four, whose work is known to survive today. He presumably flourished in the 9th century, with possible dates extending into the late 8th and early 10th centuries.

Known for his religious compositions, Cynewulf is regarded as one of the pre-eminent figures of Anglo-Saxon Christian poetry. Posterity knows of his name by means of runic signatures that are interwoven into the four poems which comprise his scholastically recognised corpus. These poems are: The Fates of the Apostles, Juliana, Elene and Christ II (also referred to as The Ascension).

The four signed poems of Cynewulf are vast, in that they collectively comprise, several thousand lines of verse. 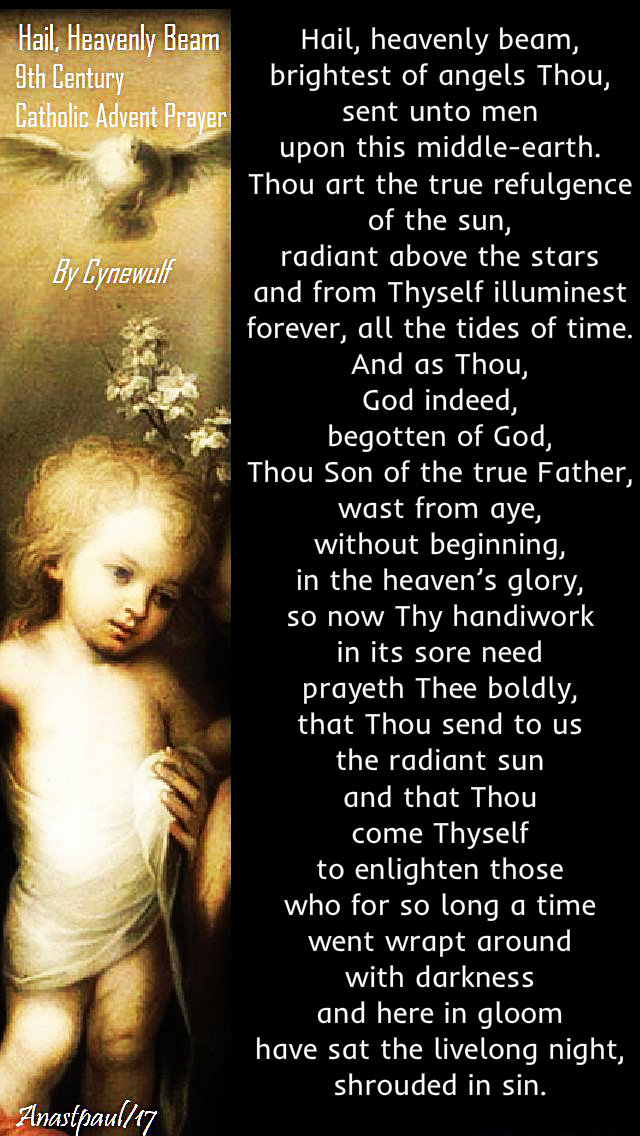