Saint of the Day – 21 December – Blessed Dominic Spadafora OP (1450-1521) Dominican Priest, renowned Preacher and Evangelist.   He was a noted evangelist and attracted countless to the Dominican fold while also converting the hearts of others who led dissolute lives.   His body is incorrupt. 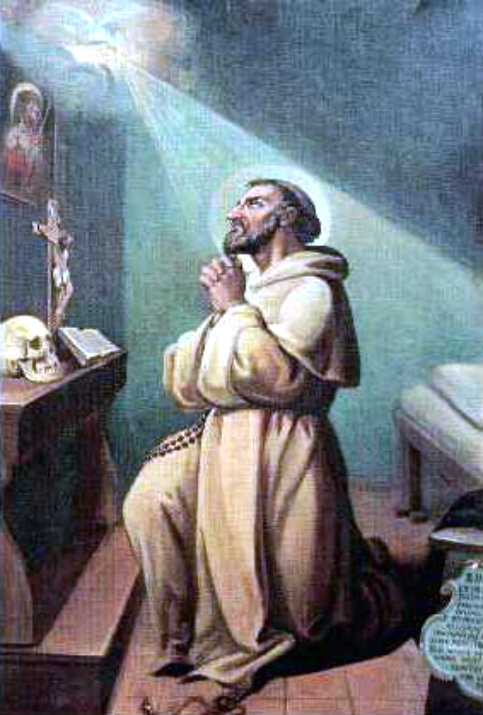 Dominic was born in Sicily, of an old and noble family.   His father was Baron of Miletto, and members of the family were connected with the nobility of Venice and Palermo.   As a child, Dominic attended school in the Convent of St Rita in Palerno, which had been founded some years before by Blessed Peter Geremia.   He studied in Perugia after moving there in 1477 and was later sent to Padua where he earned his Bachelor’s degree on 23 June 1479 and shortly thereafter, was ordained to the Priesthood.  In Venice on 7 June 1487 he was granted his Master’s degree in theological studies after a public dissertation alongside eleven other candidates.   He joined the Order of Preachers at the convent of Santa Zita in Palermo after returning there, where, for some time he lived quietly conducting classes for the brethren and the secular clergy.

Blessed Dominic became a noted preacher and evangelist and won the hearts of converts that had led dissolute lives – such an example of holiness also prompted countless others to join the Dominican fold as religious themselves.   He was known for his intense devotion to the passion of Jesus Christ.   Amidst this activity he also taught theological studies in the Sicilian area.

He founded the convent of Madonna delle Grazie – that housed a miraculous image of the Madonna – in 1491 in Monte Cerignone and served for the remainder of his life as its first superior.   This came about when the faithful of the area wanted to enhance the small chapel and thus the Master General of the Dominicans sent for Spadaforo to oversee its renovation.   The priest arrived there in the town on 15 September 1491 and set off on foot to Rome in 1492 to receive papal approval for this work.   At this point Pope Innocent VII died and Pope Alexander VI was elected in a chain of events that postponed their meeting until 22 February 1493 when papal permission was granted.   He returned with the decree of approval in 1493 and began construction of the church in 1494.   The work concluded in 1498.   The Bishop Marco Vigerio della Rovere consecrated the new church on 16 July 1498.

What we have considered to be the usual virtues of a Dominican friar were practised faithfully by Dominic Spadafora.   He spent most of his Dominican life in the Convent of Our Lady of Grace, directing societies and confraternities, zealous for regular observance and scrupulously exact in his own behaviour.

Dominic Spadafora died in 1521 aged 71, after the celebration of Mass.   He had revealed earlier to the community that he knew he was about to die.   He attended all religious exercises up to the hour of his death and he died as every Dominican hopes he will – the community was around him, singing the “Salve Regina.”