Many people who knew Fr Titus offered their testimony about his character, dedication and courage, even before the events that led to his martyrdom.   One of his students described him as “my spiritual father.”   Another calls him “simple-hearted, very funny and a great sportsman.”   He helped hide Jews during World War II and hide nuns when the Red Army advanced through Slovakia.   A Salesian student of theology remarked on how he helped clean up their school after the Russians left it full of excrement and stinking like a sewer:  “I saw there his great love and tenacity for his work.   He was a true Salesian who did everything in a humble way.   It was clear he liked us, the young students of theology, a lot.   He saw us as the hope for the Salesian Congregation in Slovakia.” 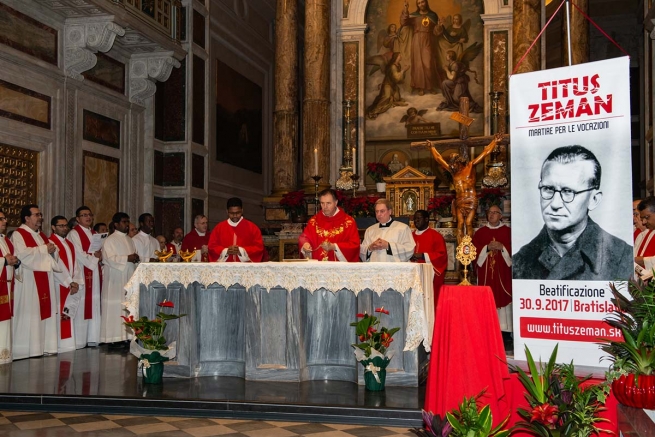 Fr Zeman’s “funeral was exceptionally touching … not only because of its outer aspects (it was a true triumph of sympathy, wonder and gratitude) but, mainly because such unity of emotion … is truly rare.   There was not only a homily at the Mass but also several speeches and a funeral oration.   All of the speakers emphasised the great qualities of the deceased – conscientiousness, strength of his spirit, profound faith, strong will, transcendental devotion to God’s will but mainly absolute self-sacrifice for the priestly ideal and effort to save young priestly vocations for the Church and the Salesian Society.” 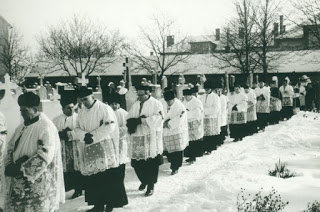 Blessed Titus’s best known saying is probably, “Even if I lose my life, I do not consider it a waste, knowing that at least one of those whom I have saved has become a priest to take my place.”   At his funeral the Slovak provincial noted that more than 50 priests and religious owed their vocations to him, his life was a kernel of wheat that fell to the ground and produced abundant fruit.   “If every priest who died in Slovakia left such religious posterity, the funerals of Slovak priests would mean not a decrease but an increase in the priestly ranks.”

Blessed Titus Zeman, Pray for the Salesians, for all the Church, our Priests and us all, amen!

Prayer for the canonisation of Fr Titus Zeman

Almighty God,
you called Fr Titus Zeman
to follow St John Bosco’s charism.
Under the protection of Mary Help of Christians
he became a priest and an educator of the young.
He lived in accordance with your commandments,
and was known and respected among the people
for his friendly character and availability to everyone.
When the Church’s enemies
suppressed human rights and freedom of the Faith,
Fr Titus did not lose courage
and persevered in the way of truth.
Because of his fidelity to his Salesian vocation
and because of his generous service of the Church,
he was incarcerated and tortured.
He bravely resisted his torturers
and was mocked and humiliated because of this.
He suffered it all out of love and with love.
We ask you, almighty Father,
to grant that Blessed Titus
be enrolled among your saints
and through his intercession,
grant us the grace that we now ask you.
Through Christ Our Lord,
Amen 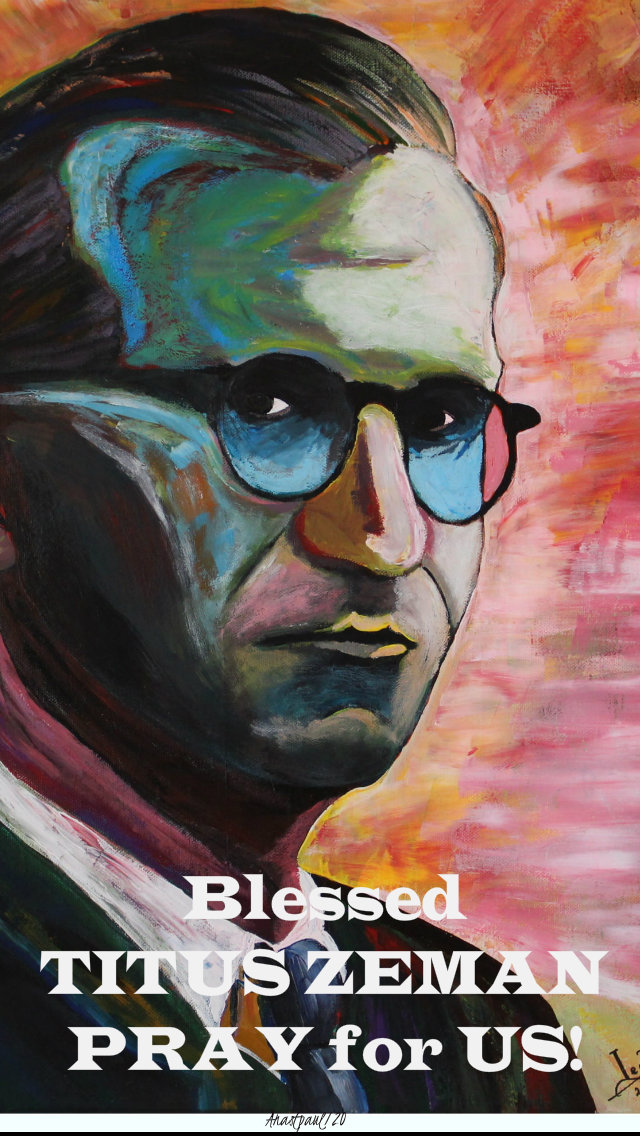