Our Lady Aparecida:   Also known as – Our Lady Who Appeared
In October 1717, Dom Pedro de Almedida, Count of Assumar passed through the area of Guarantinqueta, a small city in the Paraiba river valley.   The people there decided to hold a feast in his honour and though it was not fishing season, the men went to the waters to fish for the feast.   Three of the fishermen, Domingos Garcia, Joco Alves and Felipe Pedroso, prayed to the Immaculate Conception and asked God’s help.   However, after several hours they were ready to give up. Joco cast his net once more near the Port of Itaguagu but instead of fish, he hauled in the body of a statue.   The three cast their net again, and brought up the statue’s head.  After cleaning the statue they found that it was Our Lady of the Immaculate Conception.   Naming their find Our Lady Aparecida, they wrapped it in cloth and continued to fish; now their nets were full.
While we do not know why the statue was at the bottom of the river, we do know who made it. Frei Agostino de Jesus, a carioca monk from Sao Paulo known for his sculpture. The image was less than three feet tall, was made around 1650 and must have been underwater for years. It is a dark brown colour, is covered by a stiff robe of richly embroidered thick cloth and wears an imperial crown which was added in 1904. Only her face and hands can be seen.   Pope Pius XII proclaimed her principal patroness of Brazil in 1930.   The statue was vandalised by being broken into several pieces just prior to a visit by St Pope John Paul II but a group of dedicated artists and artisans carefully pieced it together again.
Patronages: • Aparecida, Brazil, diocese of • Brazil • World Youth Day 2013 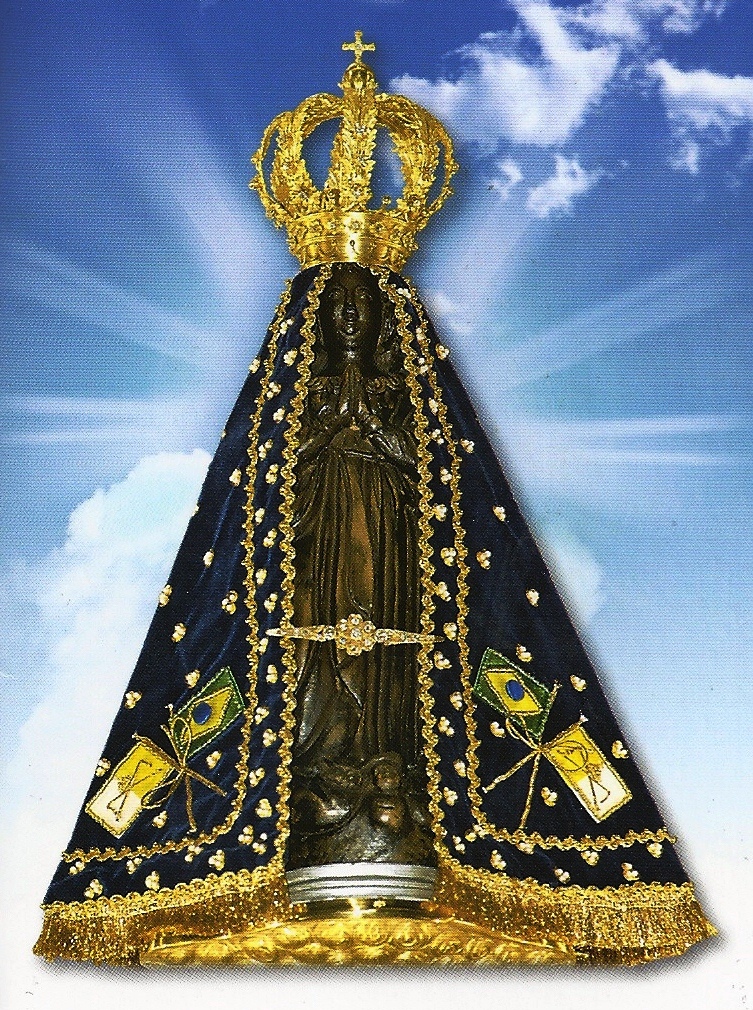 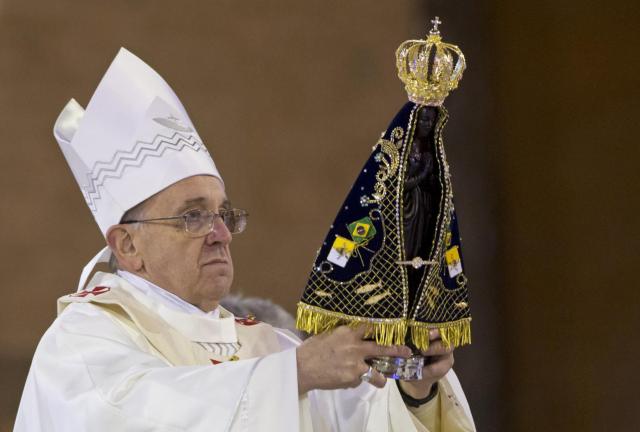 Our Lady of the Pillar:  Tradition says that in the early day of the Church, Saint James the Greater was spreading the Gospel in Spain but making very little progress.   He was dejected and questioning his mission.   About 44, the Virgin Mary, who was still living in Jerusalem at the time, bi-located and appeared to him in a vision to boost his morale. In it, she was atop a column or pillar, which was being carried by angels.   That pillar is believed to be the same one venerated in Zaragoza, Spain today. Miraculous healings reported at the scene.
PatronageS: • Imus, Philippines, diocese of • Tagbilaran, Philippines • Zamboanga, Philippines, archdiocese of • Zamboanga City, Philippines • Zaragoza, Spain. 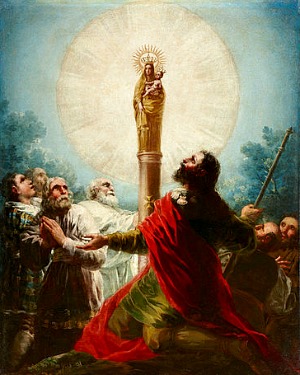 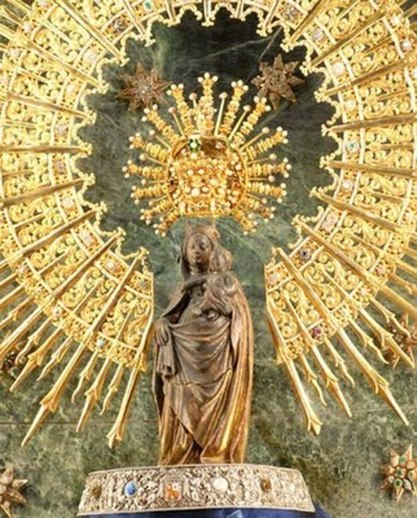 3 thoughts on “Feast of Our Lady Aparecida, Our Lady of the Pillar and Memorials of the Saints – 12 October”