“The cemetery of the victims of human cruelty
in our century is extended to include
yet another vast cemetery,
that of the unborn.”

“The ultimate test of your greatness
is the way you treat every human being.”

“It’s better to cry than be angry
because anger hurts others,
while tears flow silently through the soul
and cleans the heart.” 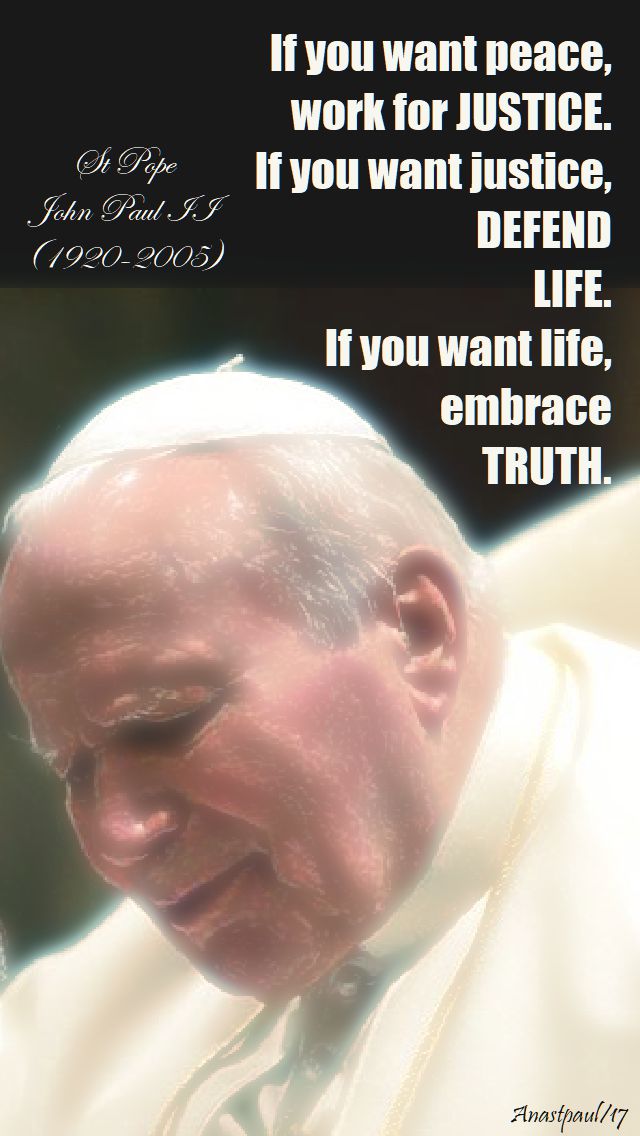 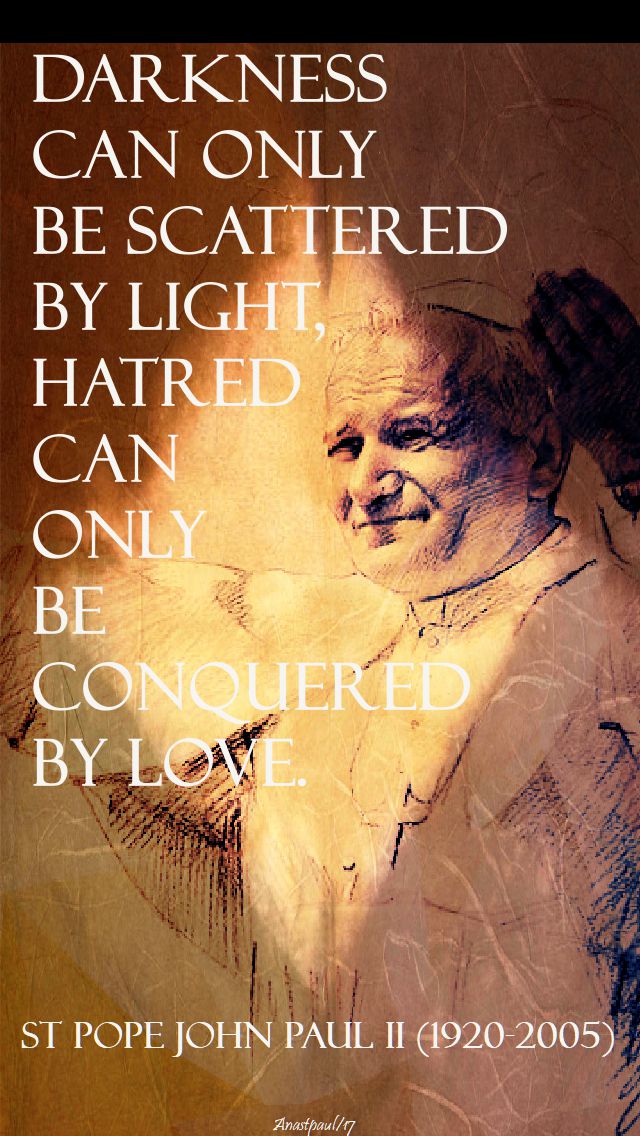 “In this silence of the white Host,
carried in the Monstrance, are all His words;
there is His whole life given in offering to the Father
for each of us;
there is also the glory of the glorified body,
which started with the Resurrection
and still continues in Heavenly union.”