St Basil was born in 329 at Caesarea, Asia Minor (modern Turkey) and he died on 1 January 379 at Caesarea, Asia Minor (modern Turkey) of natural causes.   He is known as the Father of Eastern Monasticism, was a Monk, Bishop, Confessor, Theologian, Reformer, Apostle of Charity, Lawyer, Teacher, Writer and Doctor of the Church.   Patronages – Russia, Cappadocia, Hospital administrators, Reformers, Monks, Education, Exorcism, Liturgists.

St Gregory was born in 330 at Arianzus, Cappadocia, Asia Minor and he died on 25 January 390 of natural causes.  He is known as “The Theologian” was a Monk, Bishop, Confessor, Theologian (because of his outstanding teaching and eloquence), Orator, Rhetorician, Philosopher, Writer, Poet, Reformer and Doctor of the Church.   Patronages – • for harvests• poets.

St Basil the Great, was born of a noble Christian family at Caesarea in Cappadocia in 330.  His was a pious family – his mother, father and four of his nine siblings were canonised, including Saint Gregory of Nyssa.    He was the Grandson of Saint Macrina the Elder.   As a youth Basil was noted for organising famine relief and for working in the kitchens himself, quite unusual for a young noble.   He studied in Constantinople and Athens with his friend Saint Gregory Nazianus.   He then ran a school of oratory and law in Caesarea. Basil was so successful, so sought after as a speaker, that he was tempted by pride.   His life changed radically after he encountered Eustathius of Sebaste, a charismatic bishop and ascetic.   Abandoning his legal and teaching career, Basil devoted his life to God.   A letter described his spiritual awakening:
“I had wasted much time on follies and spent nearly all of my youth in vain labors, and devotion to the teachings of a wisdom that God had made foolish.   Suddenly, I awoke as out of a deep sleep.   I beheld the wonderful light of the Gospel truth and I recognised the nothingness of the wisdom of the princes of this world.”

He sold all that he had, gave away the money and became a priest and monk together with his best friend St Gregory of Nazianzen. 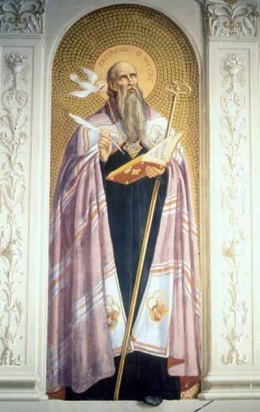 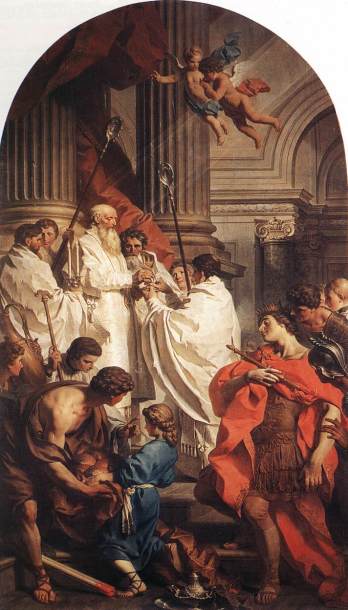 He founded monasteries and drew up rules for monks living in the desert;  he is considered as key to the founding of eastern monasticism as Saint Benedict of Nursia was to the west.   He became the Bishop and Archbishop of Caesarea.   Conducted Mass and preached to the crowds twice each day.   He fought Arianism and assisted St Gregory at the council of Constantinople, which completed the Nicene Creed.   He is considered a Father of the Church and is one of the original four Doctors of the Eastern Church. 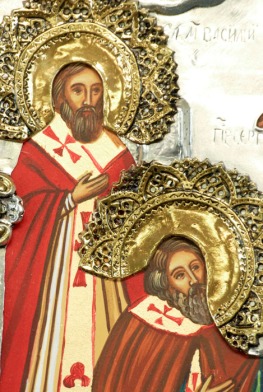 St Gregory of Nazianzen was the best friend of St Basil the Great.   After studying together in Athens, they returned to their native Cappadocia (now Eastern Turkey) to serve the Lord.   It was during the time of the Arian heresy which contested the full divinity of Christ and orthodox bishops were sorely needed who could teach the true doctrine of the Church with clarity and depth.   Gregory, who admirably met these requirements, was made the bishop of the small town of Nazianzen but later was elevated to the highest ecclesiastical see after Rome, becoming the Patriarch of Constantinople.   As such, he presided over the First Ecumenical Council of Constantinople in 381 which completed the creed that we commonly call the Nicene Creed, recited in Sunday worship by Catholics and Orthodox Christians.

St Gregory’s teaching was so profound and accurate that he is one of the few teachers in the history of the Church known as “the theologian.”

Basil and Gregory were defining figures as the early Church which sought to figure out just how to describe Jesus as fully human and fully divine.   They helped the Church articulate this mystery and refute persistent strains of thought that would emphasise one aspect of Jesus’ nature over another.   Both were largely responsible for safeguarding the faith that has guided the Church for thousands of years.   Their doctrinal contributions are codified in the Nicene Creed we recite at Mass.

Both Basil and Gregory were declared doctors of the Church, a title given to 36 saints who are known for elucidating the faith by their words or example.   Their relics rest in the reliquary chapel in the Basilica, and their images are captured in stained glass windows there.

Sts. Basil the Great and Gregory Nazianzen, friends and scholars who defended the faith, pray for us! 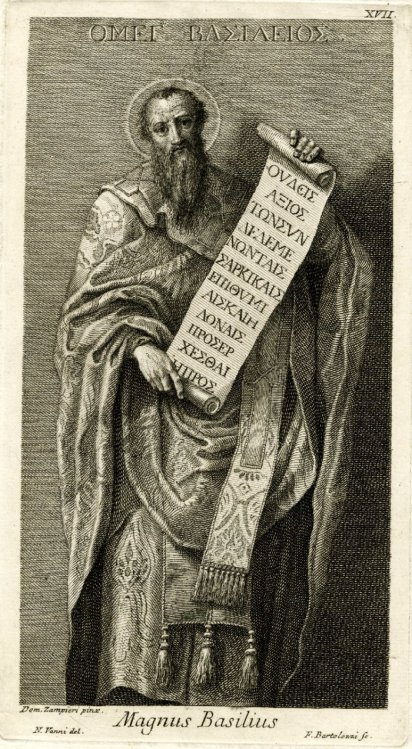