Saint of the Day – 1 June – Blessed John Baptist Scalabrini (1839-1905) “The Apostle of the Catechism” – Bishop, Prelate, Founder, Advisor, Apostle of Charity and the Suffering, Writer, Teacher, known as “The Apostle of the Catechism” and “The Father of Migrants”, Founder of both the Missionaries of St Charles and the Mission Sisters of Saint Charles.  Born Giovanni Battista Scalabrini on 8 July 1839 at Fino Mornasco, Como, Italy and died at dawn on 1 June 1905, the feast of the Ascension of the Lord.   He was Beatified on 9 November 1997 by Pope John Paul II. 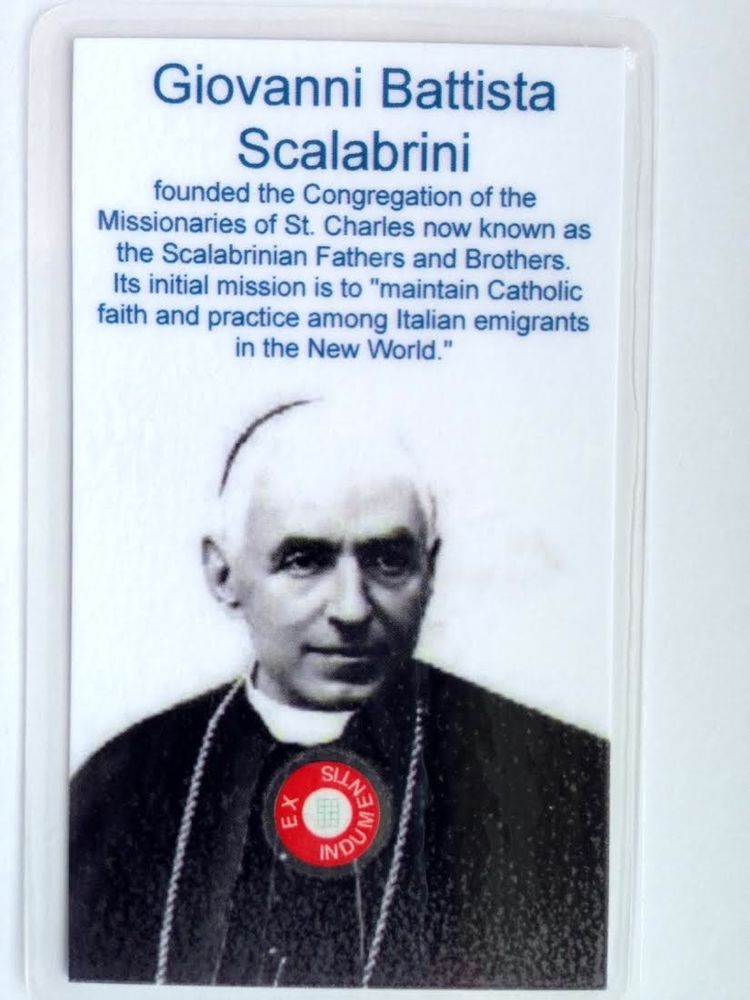 He is an unknown figure to almost everyone.   Yet John Baptist Scalabrini, a seemingly obscure Roman Catholic Bishop of a rural northern Italian diocese, Piacenza, from 1876 to his death in 1905, is perhaps more than anyone else the single-most important architect of a global outreach on the part of the Catholic Church in the ever-increasing fields of migration and refugee flows.   His innovative thinking, analysis of the migrants’ and refugees’ plights and efforts on their behalf continue to inform and even inspire the Church’s efforts in this field down to this day.

Giovanni Battista Scalabrini was born in Fino Mornasco (in the province of Como in northern Italy) on July 8, 1839.  The third of eight children, he attended the local State High School, where, from his first year, his remarkable intelligence and consistent efforts made him a top student. He was ordained a priest in 1863 at the age of 24, after which he expressed the desire to become a missionary. Instead, he was assigned by his Bishop to teach at the minor seminary and also to act as Vice Rector and later Rector.

In his adolescence he wrote a poem in praise of the life of Saint Aloysius Gonzaga and in his childhood often recited the Angelus while each October reciting it in the Como Cathedral.   He had a devotion to Saint Joseph and Saint Francis de Sales as well as Saint Charles Borromeo which extended for the remainder of his life.

He distinguished himself during a cholera epidemic in 1867 through his tireless efforts to alleviate the suffering of the victims.   As the pastor of the parish he opened a kindergarten in the area and wrote the “Little Catechism for Kindergartens” to go with it.   In 1872 he delivered a series of eleven addresses on the First Vatican Council – something that Saint John Bosco (1815-1888) appreciated – and these addresses were printed in 1873 and even reached Rome which was a considerable factor in his later episcopal appointment.   These were reprinted in a reduced form at the behest of Bosco himself.

Giovanni Battista Scalabrini was born in Fino Mornasco (in the province of Como in northern Italy) on July 8, 1839.  The third of eight children, he attended the local State High School, where, from his first year, his remarkable intelligence and consistent efforts made him a top student. He was ordained a priest in 1863 at the age of 24, after which he expressed the desire to become a missionary.   Instead, he was assigned by his Bishop to teach at the minor seminary and also to act as Vice Rector and later Rector. 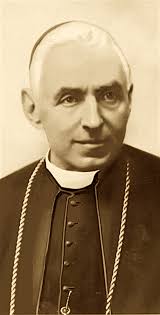 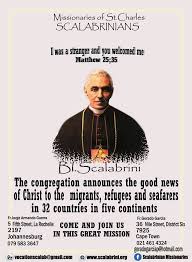 Scalabrini’s practicality, readiness for action and gifts as a fine religious administrator served him brilliantly as an untiring pastor.   He needed such gifts, as noted by one of the official examiners of his heroic virtues – the first step in the road to official canonisation of an individual in the Church – noted, he had “such an imposing quantity of work that it leaves any ordinary person not only edified, but thoroughly daunted”.

Another feature of of his pastoral work was his surprising ability to infuse all his people with an insight into their vocation as disciples of Christ so that their faith led them from the cradle to the grave.

For him, everything was sanctified and helped to sanctify, assisting the ever-deepening personal friendship with God that the Second Vatican Council was to declare more than 50 years after his death to be the universal call to holiness, the basis for every human life.

Interestingly, unlike other contemporary saints, Scalabrini’s life was not surrounded by miraculous events.   What was miraculous, in a sense, was his immense confidence in Providence.   Scalabrini is not a saint and a bishop but a saint because he was a bishop who lived his vocation to the best of his ability.

Today, Bishop Scalabrini stands out as ideal pastor for the modern era. His motto as pastor was St Paul’s “make yourself everything to everyone”, and what is clearly special about his life is the intensity and breadth of his commitment in whatever field he entered.

Those who knew him regarded him as sociable and accessible, direct and open, sensitive and vulnerable.   Yet he was also lucid, vigorous and had a deep trust in ascetic practice. He may have been sensitive but was also resolute as a leader and decisive in control of spontaneous impulses, refusing to succumb to emotional pressure or transitory whims of the moment.

Finally, Scalabrini was also a pioneering bishop, an explorer able to step outside the accepted boundaries and thinking of his day to go further, to confront obstacle and use them as opportunities to advance.   “Without doubt”, he once said, “we are in the hands of God, but we must not sit there idly.”

John Baptist Scalabrini, lived the drama of the exodus of migrants who,during the last decades of the nineteenth century, travelled in great numbers from Europe to the countries in the New World.   He clearly saw the need for a specific pastoral care of migrants, through a suitable network of spiritual assistance.    He strongly supported the need for legislative and institutional instruments for the human and juridical protection of the migrants, against all forms of exploitation.   Today, in different situations, the spiritual sons and daughters of Blessed Scalabrini, who were later joined by the “Secular Institute of the Scalabrinian Missionary Women”, continue to give witness to Christ’s love for migrants and to offer them the Gospel.   In 1998, John Paul II declared him Blessed and defined him as the “Father of Migrants”.