Saint of the Day – 30 June – Blessed Raymond Lull T.O.S.F. (c 1232 – c1315) Martyr – born in c1234 at Palma, Majorca, Spain and died – • some writers indicate that he died in Bougie, Algeria in 1325 • but he may have died of natural causes during the return ocean voyage from Tunis.   Also known as – Doctor Illuminatus,  Ramon Llull.   Raymond was a Philosopher, Logician, Writer, Poet, Pioneer in computation theory, Franciscan tertiary.  Within the Franciscan Order he is honoured as a martyr.   He was beatified in 1847 by Pope Pius IX. 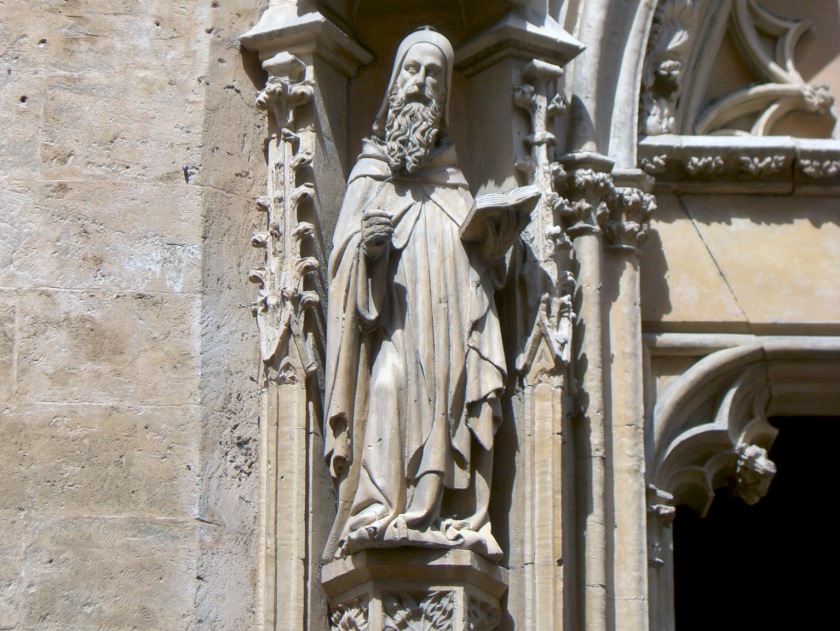 Raymond was born into the noble Lull family at Palma, on the island of Mallorca.   At an early age, he was selected as a page at the royal court, and over the first 30 years of his life served the royal family in a variety of positions, eventually becoming the marshal and high steward to King James.

Raymond lived a life of luxury and worldly pursuits.   He was married and produced two children with his wife, although also had numerous affairs and engaged in dissolute activities.   One day, while writing a letter to one of the women he was seeing, Raymond was stricken with a vision of Christ, crucified on the cross.   Five additional visions followed and he was brought to the faith, converting and dedicating himself to the Gospel.   Soon thereafter, following a moving sermon by a local bishop who spoke about the contempt of the world and the love of Christ, Raymond answered the call of the Lord to forsake all things and to win for Christ the infidels on the northern coast of Africa.

Raymond wasted little time. He resigned his royal offices and dedicated himself to the education and care of missionaries.   He founded a college for the Order of the Friars Minor and devoted himself to the mastery of and instruction of others in, the languages of Northern Africa.   He became a member of the Third Order of Saint Francis and embarked on a nine year mission of solitude and contemplation on a remote mountain, spending his days in prayer and study, hoping to prepare himself for inspire mission work.   During that time, he was graced with heavenly inspiration and extraordinary knowledge and was subsequently able to answer deeply complex philosophical and theological questions. 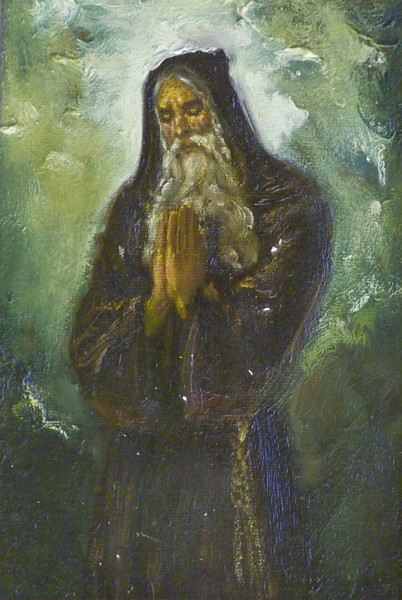 Following his time in solitude, Raymond travelled extensively—to Rome, Avingon, Montpellier, Paris and throughout Europe—spreading the Gospel, founding seminaries, and establishing schools for missionaries.   At the age of 79, he journey on mission to Africa, as had been his calling.   While preaching the faith in a public square at Bougie, he was set upon by radical Muslims in the community, who stoned him nearly to death. Rescued by Greek sailors, he died shortly thereafter, en route to his home island of Mallorca.   He was buried in the Franciscan church at Palma and numerous miracles were reported at his tomb.

Blessed Raymond Lull wrote over 300 works in Latin, Arabi, and Catalan during his life, on a multitude of topics including theology, logic, philosophy, poetry, fiction, alchemy, and natural sciences.   While his works were mostly academic in nature, he also strove to make difficult concepts accessible to all, illustrating points through fiction.

It can be documented that Llull was buried at the Church of Saint Francis in Mallorca by March 1316.

Raymond worked most of his life to help spread the gospel. Indifference on the part of some Christian leaders and opposition in North Africa did not turn him from his goal. Three hundred years later Raymond’s work began to have an influence in the Americas.